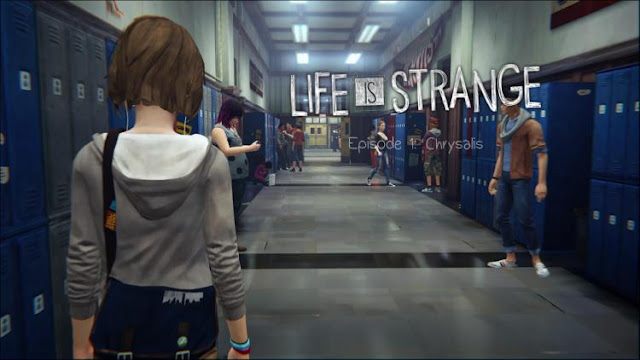 "The last time I ever got such a feeling was after reading a real good book." That was how my friend Chee Eng introduced the game to me. And how I ended up paying 20+ dollars immediately that night for a game I have never heard before. Perhaps maybe vaguely read before on Kotaku about the importance of decisions you make in the game. Because that is how much I trust Chee Eng in games. That's how our friendship rolls. Cause we're each other's gaming consultant.

I'm not new to the entire "Oh your choices will ultimately change the game" genre. There are the Fallout and Mass Effect series where you are constantly forced to make tough choices. And lately there is this Telltale Borderlands that I have been playing. I thought I knew what I was in for. I tried not to have too high of an expectation. Besides, how groundbreaking can a game about school and teenage girls could be?

The game start rather normally. Like a typical high school drama. You find yourself in the shoes of Max — a shy and geeky girl with not much looks than her peers — the typical hero archetype in most American films. You thought the game would be event-free. Sure, you just have to make conversational choices here and there. How hard could it get? 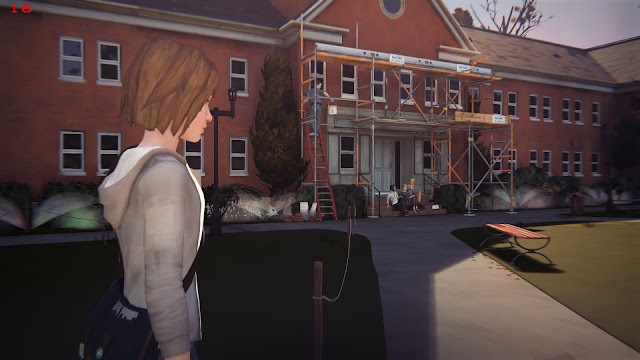 Well, that is until you discover your ability to reverse time. Not the Fallout method where you can save and load your game before every big decision, but just a small pocket of time before you said something or do something. Said something wrong? Go ahead, change time and say something more appropriate. Broke something like your camera? Rewind and fix that.

Of course, there are limitations. You cannot go too far back, once you progress to a certain point to a story, your actions become permanent. You cannot change your decisions more than once for big decisions. One you go down a path, you have to live with the consequences. Unless you choose to replay the game, that is. If you have ever wondered how life would be if you can rewind time, this is the closest simulation that you can get.

I've finished Episode One so far and as of now I am still ambivalent about the game. The game does have it plus points in the way the tell the story, how it forces you to be accountable to your actions and how it chooses to reveal minute details through objects in your surrounding — the game explains it away by having everyone call your character nosey — but to me there's nothing that really jumps out right now.

I like the story. I like the music. I enjoy the casual nature of the game. I like how the game inserts mysteries to keep you hooked (who is Rachel Ambers and what happened to her by the way?). I like how some characters are portrayed and the complexity in it. And I like how the game arranged the five episodes into a day each. It's one brilliant move there and to end it off with the cliffhanger about the tornado? That's just wow. Which begs the next question, what can we do in mere four days?

Still, I just can't help but feel that something is missing. Perhaps it's just the first episode, perhaps it's the overly high expectations, but there's no wow factor for me just yet. One that would make me fanboy over the game. And sadly, I managed to spoil myself on one of the plotline in the game prior to playing it (because a friend shared an article from Kotaku about one major development in Episode Two), so I guess somehow it mus have affected me.

I would still want to see how the story turns out, though, because like what Chee Eng said, it's like a reading a good novel. That I cannot deny. You just want to keep flipping the pages and find out how the story ends. 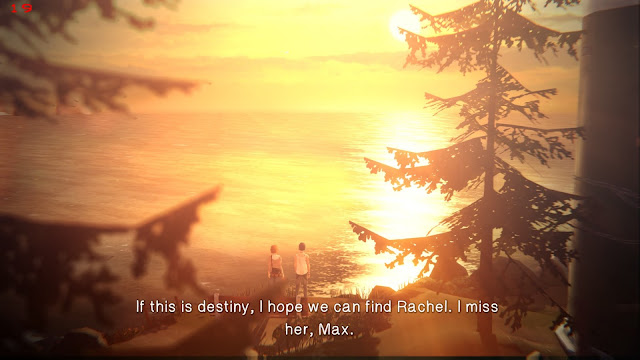 The jury is still out on this game, and if the game is as good as how the internet paints it to (97.5% our of the 17,000+ Steam reviews recommended it), I think I will be in for a good ride. I already think it's better than Telltale Borderlands so I guess time will tell.

I predict Episode Two to be filled with more spoilers, though, since my actions will probably start kicking into effect. I will be uploading my gameplay to Youtube as well, so if you want to see the real action without playing, you can subscribe to me at: https://www.youtube.com/channel/UCHlR3-cD3QtfDwzx9cNaWTw