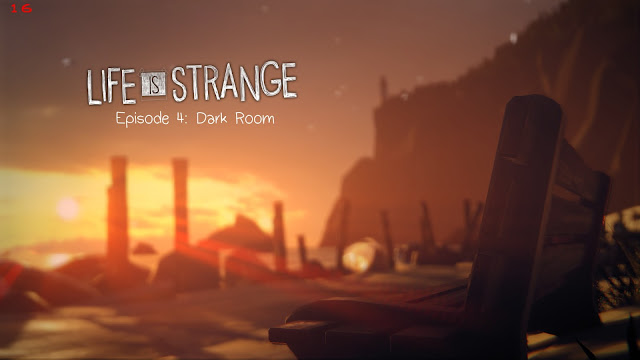 I have now finished the fourth out of five episodes of the game Life is Strange (LiS) and graduated into the now emotionally wrecked alumni players of the game. Little did I know how immersive this game would be when I first started it and how it could shift from a high school drama game to a messed up mindblowing game in the span of just four days game time.

The game is fun, I must say. Fun in how it slowly pulls you and spins an innocent story to entice you, before going full blown bananas that constantly keeps you on the edge, wondering what other surprises that await you in the next chapter. Surprises that literally leave you speechless. This game really knows how to take you on an emotional roller coaster ride.

Both Dawn and I have been combing the LiS Reddit section looking through all the discussion there, trying to make sense of the ending that will probably haunt us for the weeks until the final episode is out. Thank god I bought the game when there's only one episode left, else god knows how I am going to survive waiting for the rest of the episodes.

In a way, reactions to Episode 4 can be roughly summarised into this picture I found from Tumblr: 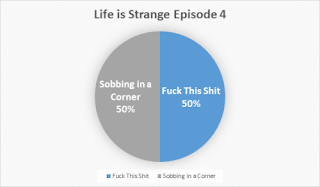 Anyways, I did it video rant on the whole ending (sure beats writing) just to get that EHMAGERD feeling off my chest. Major spoilers in the video so tread on your own risk.

Now excuse me while I slowly count down the days to Episode 5.