Chasing your dream is only for the talented 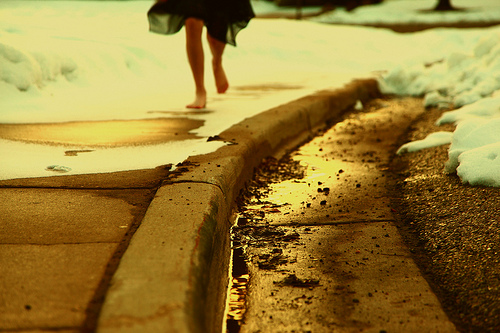 “Students, rebel against these soul-suckers! Follow your dreams, however hard it may be, however uncertain success might seem,” goes George Monbiot, in his Guardian article titled ‘How a corporate cult captures and destroys our best graduates.’

I used to believe in Monbiot's battle cry back when I was still a prospective undergraduate. I believed in many things — big dreams — like most of my peers. I believed in working for ideals instead of just money. I believed that life is meaningless if you are stuck in a 9-to-5 desk job. That you should do what you love instead of what pays the most.

I was thrilled when I got my acceptance letter and looked forward to university life. To me, it was the stepping stone to doing greater things. It was the place to learn and grow, and the place that would help propel me towards my dreams. While my parents saw the university as the place where I earn the piece of paper that would guarantee me a well paying job, I saw it as something much bigger. A place where everything is possible.

Such was the idealism of youth.

When I was asked to indicate my preferred course, instead of Computer Science — the course that my parents, relatives and friends had thought I would take — I went for Arts and Social Sciences instead, with the intention of majoring in Psychology. The decision surprised those around me. I had been tinkering with computers all my life and to them, Computer Science was the course with the better career prospects and starting salary. It was the course that guaranteed a “better future”, so to speak.

I was young and foolish. Despite having experience in computing both in O and A levels, and against advice that centered on “Arts graduates earn peanuts”, I went for it. I was enrolled in Psychology, thrilled to be finally starting my journey in university. In a way, I “chased my dreams.”

I wanted to understand humans better and come up with brilliant theories that explained how  they worked. I wanted to change the world by improving the mental health conditions of our population and get people to focus on what is important in life. I wanted to do a lot of things with my studies. It was only much later that I found out that chasing your dreams is not always romantic and it rarely ends the way you picture it to be.

Like those students who were mentioned in the article, I too got sucked mercilessly into the system. To cut a long story short, I found out that as a Psychology graduate, you don't always end up working in the same field that you studied for. To actually practice Psychology, you need to have a Masters degree, which meant starting the whole university process again. It was the same situation for many of my fellow Arts graduate as well. That what we studied for is not exactly what we will be working for.

To top it all off, I found myself caught in a rather unpleasant situation upon graduation. Having borrowed loans from the bank and university for my tuition fees, I was saddled with a five digit debt even before I started earning my first paycheck. As I was not one of the top students in my cohort, the prospect of getting a scholarship seemed grim as well.

My parents were burdened enough already in trying to support my living expenses and my younger siblings were reaching their university-age soon. To continue follow my dreams meant to continue putting my parents through unnecessary burden. It was unpractical and selfish for me to do so. In the end, reality took over and I had to search for a job to at least settle my own finances and ease the strain on my parents. The part about chasing dreams had to be put on hold.

Don't get me wrong. Choosing to study Psychology was one of the best decisions in my life. It has helped me to broaden the way I think and look at things in a much more different perspective, which I am thankful for. I grew and learned much during my study there.

However, had I known what was waiting for me at the end of the journey, I may have go with computer science instead. It pays much better and you start off on a better footing than others. You have less to worry about on finance. Because at the end of the day, it's the basic necessities that matter the most. If you can't even feed yourself, how can you focus on chasing your dreams?

Most of my friends who graduated from the “hard” fields, for example, engineering and computer science, have already finished paying their loans. Meanwhile, a lot of my friends are still struggling to pay off the debt. I still have three to four years down the road before I clear mine.

It's easy to ask students to chase their dreams, but it's impractical to think that everyone who chases their dream will succeed. If that is the case, we would have more artists, singers or actors now than any other occupation on the planet. Besides that, there is an imbalance in how different jobs or vocations are valued as well. It is a well-known fact that arts graduates get paid much lesser than those in engineering or computer sciences.

Are we saying that some dreams are worth more than others?

Students are penalised with heavy debt if they choose to go down the less safe path and inequality ranges across the field. How can we expect students to be given the choice to freely choose what they want when some of the choices are clearly better than the others? You may say that the finance industry sucks your soul away, but you cannot deny that these are the kind of jobs that gives us the basic security that we need.

Maslow's hierarchy of needs explains that humans will always try to fulfil their basic needs first, such as food and shelter before moving up to the higher level of needs such as self-actualization. The only thing that can guarantee us our basic needs is money, which is what the “evil” industries as what Monbiot pay the most. In this aspect, it would seem that our parents know what is better choice.

Unless we can address this issue of inequality in courses of study, the whole talk of chasing our dreams remain just that, a talk.