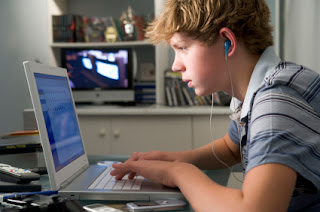 The clock on the wall pointed to three hours past his intended bedtime. He knew he should sleep soon, considering how he has a major test tomorrow. His A Levels Mathematics exam.

He knew he needed all the rest he could get. Or else he would be unable to focus. He had been through similar experiences before. But yet his fingers could not stop clicking and his eyes could not leave the screen, even though he could feel fatigue kicking in.

Just one more game, he told himself. It was the same line he told himself two hours ago. He wanted to release some stress after all the studying and it has been two days since he touched any games. It's a reward for himself for studying so hard. On hindsight, it seemed more like an excuse.

He just wanted to enjoy one win and stop, to have that feel good feeling. But game after game, he kept losing, and he felt that the game was playing a joke on him. Even after a win, he felt that it was a sham, considering how the opponents left halfway. He wanted to have a win where he was the top player of the match. So he kept clicking "Search for a game". One game became two games and before he knew it, he has been playing more than enough to make him regret tomorrow.

The thing is, even though he promises himself that tonight will be the last time he is touching the game, he will soon be back. It's not the first time anyway, and it certainly won't be the last. Perhaps he should have let his mum lock up the computer for him.