Reacting to the LGBT ruling as a Christian 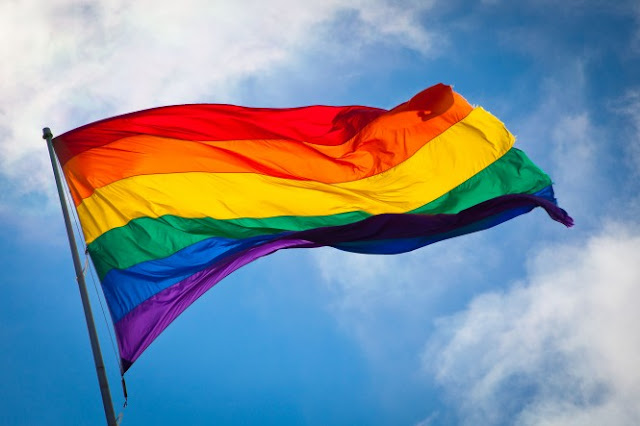 My Facebook feed has erupted into a rainbow war of sorts after the recent same-sex marriage ruling in the United States. As Christian, my stand should be clear, as how some of my fellow believers put it. That I should be against the ruling. That I should feel sad and angry that today, the definition of marriage was “defiled”. That by the ruling, we Christians have “lost” the battle.

Some of my friends are in fact acting in such a way. Like they have lost an important thing to them That their belief is under threat. That the need to defend the correct way of life is ever stronger. They claim that the institution of marriage has been defiled and that dark times are ahead. What's next after LGBT? Pedophilia? Polygamous marriages? Bestiality? Where do we draw the line?

As a Christian, I find myself to be stuck in a rather peculiar spot. Because if I support the LGBT movement, I would be labeled as a heretic. A non-believer. A misguided Christian who has lost the plot. Some Christians who oppose the LGBT would view me as a traitor to the belief. Perhaps I don't read the bible enough.

But if I oppose the LGBT movement, the same thing would happen, perhaps with a different tone. I am then labeled a close minded conservative. Someone who is no different than those who supported racism and sexism in the past. A hateful bigot who loves to impose his beliefs unto others.

It's a tough choice to make in the debate, to be honest. But I am not alone. There are those who think like me, who when asked, simply don't have an answer to give. What is my stand on the whole issue? I don't know. It's ambiguous at best. I am neither for or against. Because it is just too complicated a decision to make. One that I think I am not qualified enough for. But if I have to explain, my line of thought goes like this:

1. Do I think that LGBT is against my belief?
Yes. Like it or not, the bible explicitly states so. This is not something that is clearly ambigious where there is no mention of the issue. It may be in the Old Testament and among verses that we don't really follow nowadays, like mixing our clothes together, but it is there for a reason. Sodom and Gomorrah were destroyed partly due this reason and God is clearly unhappy over this. Nowhere in the bible was homosexuality portrayed in a positive light, and the evidence is stacked against LGBT.

2. Do I see a need to stand up and fight against the LGBT?
No. Although I see it as a sin, I see many things else as a sin. Divorce, lying, slander and discrimination are examples of it. But I am not doing anything against the other sins, so why is there a need to be so worked up over just a particular one? I see it as a hypocrisy if I make noise over one sin but keep quiet over the others, where divorce for example, is explicitly stated by Jesus to be wrong.

In Matthew Chapter 19, Jesus said specifically that: “...that at the beginning the Creator ‘made them male and female,’[a] 5 and said, ‘For this reason a man will leave his father and mother and be united to his wife, and the two will become one flesh’[b]? 6 So they are no longer two, but one flesh. Therefore what God has joined together, let no one separate... 9 anyone who divorces his wife, except for sexual immorality, and marries another woman commits adultery.”

While many of the LGBT proponents are using the verse of God creating Male and Female as the basis of the argument, a lot of them ignore the rest of the sentence, which received a much heavier emphasis than the first part. I don't see any groups lobbying against divorce as much as against LGBT. And the divorce rates continue to climb across the years but yet almost no one is speaking out against it.

Aren't we being hypocrites, a trait that Jesus absolutely hated, by cherry picking the laws that we want to follow and throwing away those that we disagree with? It is this fixation on the LGBT issue that bothers me. It raises more questions than answers. Why LGBT specifically? Why not issues that are shown to be more detrimental to a child? Until we can address the issues that Jesus specifically mentioned in a more urgent if not equal manner, those who preach anti-LGBT messages are no different that those who preach prosperity gospel messages. Where we read the bible in a narrow way.

WHICH BRINGS ME TO THE NEXT POINT

3. What matters more here? Loving or hating?
Love your neighbours as you love yourself. That is one of the most important commandments in the bible. Jesus ate with sinners. He did not shun them. He accepted them. Prostitutes, tax collectors and lepers, he hung out with them. They were the minorities, the oppressed. He reached out specifically to them.

You know who are the ones who shunned the sinners? The pharisees. They were the ones who avoided the sinners like a plague and judged Jesus when He ate with them. They discriminated against the minority, the ones that Jesus loved the most. If Jesus came to our world today, who do you think He would hang out with? Those of us who are comfortably hanging out in church? Or those who are out in the streets, who are shunned by us?

We are first called to love, not to judge. Jesus mentioned specifically before that we need to first take out the plank in our eyes before judging others. But this is not the case today. We call gays “fags” and oppose their way of life, viewing them as if they're some kind of scourge. If through our actions and words we alienate non-believers, how different are we than the pharisees 2000 years ago? Where through their own self-righteousness that they cast away the people who needed help the most, until Jesus came along?

As a Christian, I believe that it is my first commandment to love than to judge. I know we need to keep each other accountable, but if a person does not see error in his/her way and loves God just the same, then I believe it is a matter between the person and God, not me. After all, I am a fellow fallen human being too.

4. Do unto others what you want others to do unto you

Just as I don't want a person of another faith to impose their beliefs unto me, so will I not do the same to others. It boils back down to the question of hypocrisy. We wouldn't like it if someone comes up to us and say our bible is wrong and believing in Jesus is stupid, so what gives us the rights to tell others that their beliefs is wrong too? We are called to be salt and light of the world, but nowhere it is mentioned that we need to force our salt and light unto others. After all, didn't Jesus say to the disciples that if a town does not believe their message, shake the dust off their feet and let them be?

We may argue that LGBT will be worse off parents but are the heterosexual parents doing any better on average? No! There's still divorce, single parents, domestic abuses and what not. LGBT is clearly not the issue here, but rather our lack of love for one another.

LAST BUT NOT LEAST

A lot of us view the LGBT debate as a battle. One where we fight against these “infidels”, in lack of a better word and one that we must win. Any gain by the LGBT community is view as a lost to us, which causes us to be more hostile and hit back harder. What most of us don't realise is that by winning these LGBT battles, we are essentially losing the war on souls. How many LGBTs who came up to us and say their lives turned for the better because we told them their lifestyle is wrong? Often the opposite that is true. The more we refuse to acknowledge and the more we fight, the more hurt we generate.

This is not a war we are fighting. Adopting an under-siege mentality is the wrong way to go. It is never a battle in the first place. What are we actually fighting to defend? What exactly happens if we legalise LGBT? That suddenly everyone turns gay and all hell breaks loose? That no one would want to marry you anymore? No! Why can't we realise that the more we try to stamp down on something, the more it will grow? That was how Christianity originally grew. By framing this as a war we are achieving exactly the opposite of what we want.

Jesus hated hypocrites more than anything in the New Testament, which was why he was so against the pharisees. They were the classic hypocrites. Given the state of the world we're in and the state the church is in currently, I believe that we first need to get our act straight before bothering on what others are doing. Because the more we go down this current path of ours, the more we risk driving away people from Jesus.