Why I think it's okay for Christian couples to travel alone 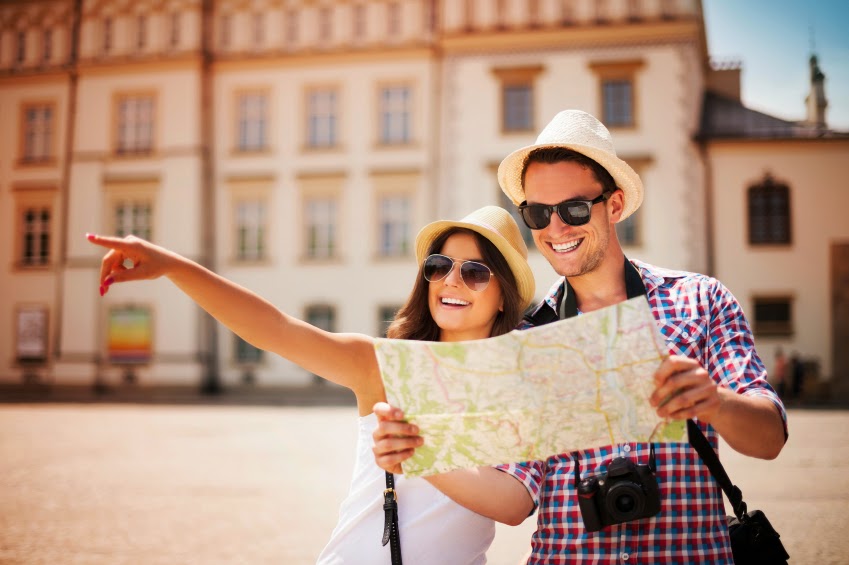 The girlfriend was sharing today with me about how she was hesitant to tell some of her Christian friends that she is going to travel alone with me together to Japan in June because she's afraid of how they would judge her. Or at least she doesn't want to handle their prodding questions (she's already had a few so I am reusing them here) like “Christian couples are not supposed”, “What kind of testimony are you giving to others?” or “That is against our beliefs.”

It annoyed me to no ends. It's like the only thing that they can picture on their mind when we're traveling together is the amount of sex that we would be engaging in, instead of the places we're visiting or the food we're eating. Seriously? Who's the one with the dirty mind here?

I am a firm believer that you should get to know as much as you can about your partner before getting married because if there are any nasty surprises about your partner, the best time to find out about them is before marriage. Marriage, after all, is forever and if there's any problems or deal-breakers lying around, the sooner you find out about them, the better. And what better way to do it than while travelling?

It's a big decision after all, because your partner will be your children's future father/wife, not to mention the one whom you will share your household with for the rest of your life. You will be seeing each other 24/7 after you get married and have to deal with each others personalities from toilet habits to sleeping habits all of the time. Travelling together is like a trial period to test out the dynamics with your partner and it often offers you a good glimpse into your partners character in that short period of time. And if you cannot be happy when travelling, how do you expect to be happy for the rest of your life?

Sure, some of you might argue that there's temptation, especially when you're both alone together. My response if you both want sex so badly, you don't have to wait until you're travelling together to have it. You will think of ways to have sex even when you're back in your hometown. There's no need to travel for that.

Besides, shouldn't this be a good opportunity to test out your partner's motivation as well? If all he could think about is having sex with your while travelling, then there's one big red flag there already. Also, if you're a good enough Christian as you are, shouldn't you be able to exercise some form of self-restraint? I mean that's the whole point right? The only problem is right now people are so insecure about a relationship that they are not even in that they think even the slightest provocation could lead to sex.

My advice is to just travel together because the pros far outweighs the cons. If you're really afraid of committing any sins, I assure you that even if you don't travel together, there's ample opportunities for you to commit loads of sins in the future. Say what happens if your partner is one hell of an abusive person, short tempered and impatient, but you don't get to see it before marriage? And later after marriage you find out this and would want a divorce? Isn't divorce itself already a sin? Which Jesus mentioned explicitly as compared to pre-marital sex (which btw is only inferred from the sexual immorality line)? Or ending up with a lazy spouse who does not honour God at all?

I am not saying that you are able to gleam all this just from one travel trip, I am just saying that it makes it easier. Way easier than just those small little dinner dates. And what's with our obesession over pre-marital sex anyway when there are so many other problems out there to solve? Like poverty for example? It's sad though, to see that some of us are so concerned about the possibility of others having sex until we don't see the bigger picture. That they are actually working to build a long term relationship together.

I mean if we're so concerned about pre-marital sex, why not abolish the notion of dating altogether in the Christian community? Why not just go back to arranged marriages? That way the possibility of having pre-marital sex will be reduced to zero. Sometimes I just think people are just having this "reaction formation" towards pre-marital sex. Because they want it but they can't do it, they don't want others to do it as well.

Ultimately, I think that if you're looking into a serious relationship and would want to make the best decision for marriage, travelling while you're dating is a must. It's the easiest, fastest and most effective way to understand your partner, all the good and bad. And if you're really afraid of the sex part, travel in two pairs of couple, but make sure to have a lot of alone time during the day. And perhaps sleep in the same sex room. Or go to guesthouses where there are four people in a room. Or bring a condom if you really cannot control.

P/s: Personally I think Christianity's focus on pre-marital sex is unwarranted but that's another rant for another day