Who am I defying here? (Defiance game review) 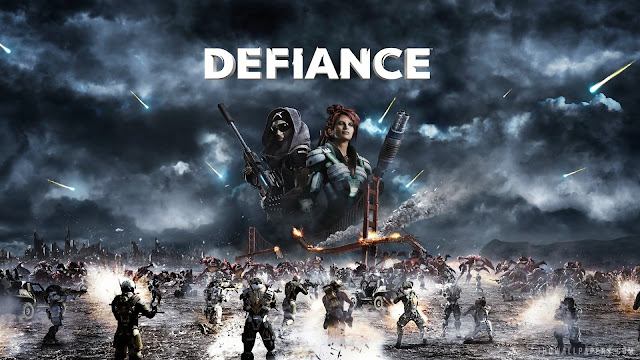 Defiance was a game that I never expected to play. I remember being excited about the game when it was just released but did not download it because it was a pay-to-play game. Not to mention the numerous reports of bugs and lags, so I thought it was probably not worth it anyway. In fact, I think that no pay-to-play games are worth it.

However, when I saw that the game is going free-to-play on Steam one fine day along with mostly positive reviews to the game, I thought why not? I was already bored with the games I have in my library and craved for a massively multiplayer game because of the human interaction. What I thought to be a casual venture into the game soon turn out to be a full blown MMO obsession. Yes, that is what MMO games do to you. 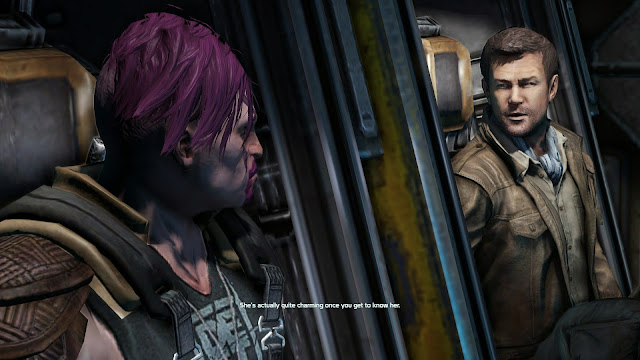 Defiance is part of the new breed of MMOs with dynamic events. Unlike traditional MMOs where raids take place on a specific map which you need to shout over and over again to form a party, Defiance have raids (called incursions, sieges and arkfalls) happening all the time on the main map. That I think is the biggest pull of the entire game. Every time you log in to the game, there's always something happening on the map. Be it a big raid that lasts to an hour or smaller ones that take about 15 minutes, you can just join in the action no matter your level.

That is another part of Defiance that I like. No matter what level you are, you can always join in raids happening on the main map without being ridiculously overpowered. Sure, the higher level players may have a slightly easier time, but you're still be able to land a few shots and get some points. I suspect the game scales the enemy somewhat to your level, but I am too lazy to check that out on Google.

The best thing of all is that each player that participated on a big raid on the main map will always receive a reward. As long as you have some points (you get points merely by shooting enemies), you would surely receive a brand new weapon as a reward. Classic psychological trick there. And did I mention about the sheer number of players that often show up on a raid? 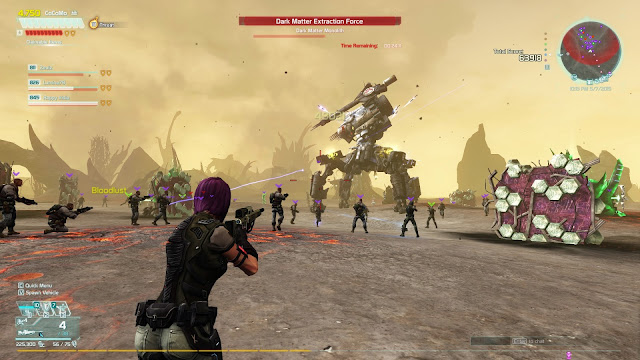 The game also has a story-based main mission and several side missions that you can take on when you feel single player mode-ish, but the big draw I think is the PVE element of the game. Big, massive and just plain exciting. I mean, how often do you get to shoot a huge-ass robot with hundreds of different players? There's also PVP element, I think, which ended up quite badly whenever I try it. So not going to focus on that.

In short, my initial plan of just playing the game casually has evolved into a full blown immersion into the game and I've even formed my own clan (guild). I initially did that with le gf for fun, but one thing led to another and now I have at least five active members every time I log in. And the clan is growing as well. You know shit's getting serious when you form an active clan in an MMO.

All in all, Defiance is a great third person shooter MMO. The events are aplenty, the single player story mode is good and the guns are constantly different. They employ a ala-Borderlands style to their weapons and powers, by the way. And it's free. So if you're looking to try out a shooter MMO, Defiance is worth a shot. I'd rate it a 8/10.