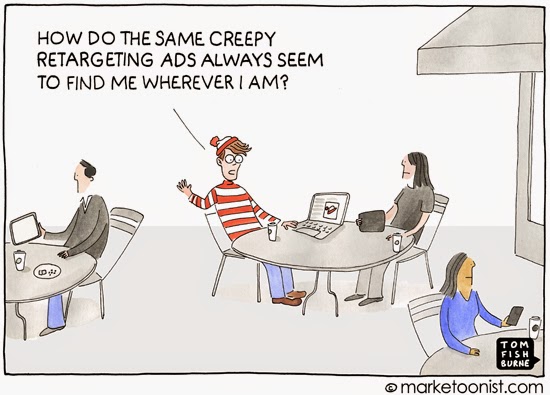 2. One thing that I observed (personal opinion, in case Facebook decides to sue me), is that no matter how much Facebook tries to tell you that its ads system makes it easy for companies to connect to customers or potential fanbase, the reality is far from that. At least in my case. Maybe because I am noob and I am learning along the way, but I thought it was supposed to be easy. Let me tell you why.

3. Firstly, there are three ways you can use money to promote your posts in Facebook. One is called the 'Boost Post' button, found easily under any of your Page's post in blue. The other is the 'Power Editor' button, which despite its name, is not that powerful at all. And the last one is the Ads Manager, which is like the mother of all but is not easy to reach nor use.

4. And lets not even get started with the Business Manager, which is one of the many tricks to dupe you into using a host of complicated processes that leaves you more confused in the end. Like "What are all these buttons and what do they do?" sort of confused.

5. Are you feeling overwhelmed or lost with all the facts that I have presented? Good. Because that is exactly how Facebook Ads system makes you feel

6. I started out using my company's page like every other page. Through the good ol' Facebook interface. You log on to Facebook, click the page's link at the left side and manage everything from there. Quite straightforward because it's quite similar to how you manage your personal profile

7. Things went on smoothly, until the company decided to want to use more of Facebook ads, because we are not generating enough traction and our reach is not reaching our total fanbase. And that's where Facebook tried to sell Business Manager to us, a sort of in built app in Facebook that claims to let you work with your page more efficiently, without having to add co-workers as friends.

8. I made the switch to Business Manager, believing tons of websites online and Facebook itself telling me that it is good, and because they said you can better target your ads using Business Manager. I also wanted to better manage the payment method because for some strange reason, both my blog's page and my company's page ended up with the same ad account and same payment method, which was a big no-no because I wanted the payment methods to be separate for each of the accounts.

10. Eventually I managed to live past that, managing the Facebook Page through Business Manager, which did not provide me much of a change at all. It's more of a page I drop by to get to Power Editor to edit my ads.

11. Speaking of Power Editor, did you know that ads in Facebook can be divided into three different tiers/categories? They're called Campaign, Ad Set and Ad. Campaign is the overarching category, in which the Ad Set is subsumed under, then followed by Ad. Why so much categories, you ask? It's to organise things better, I suppose. It helps somewhat but it can get quite confusing at the start.

13. Facebook says that it's easier for you to test out your targeting, which may work for some hypothesis (ie if you wanna target different age group and see who responds better) but not for some.

15. Not only that, creating ads can also be a hassle. If you use the default Ad Manager in Facebook, where all the ads are hosted, the process is cumbersome and rigid. People around the industry recommends using Power Editor, but the only catch here is that any changes you make in Power Editor do not affect the Ads Manager. You have to first upload your work to the Ads Manager in order for your ads to work. Why so many steps? Why can't everything be collapsed into one interface?

16. Not only that, the Boost button in your page is also a farce. While it is easy to press, the options available there are few and far between, and you cannot really customize everything from that button. To truly customize your ad, you have to load the Business Manager page, click on the Power Editor button, make the changes, then upload them to your ads manager, and then only the ad will take effect. Why so many steps? Why can't everything be done from the boost button, where it only takes one click?

17. You see, the way Facebook Ads is structured defies any logical attempts to explain it. While the individual components are brilliant, when taken together in a big picture, not only does it look unnecessarily complicated, it is also terribly confusing as well. A lot of jargons are thrown your way without you understanding them, and any attempts to do so would only result in more confusion.

18. But I guess at the end of the day, given how domineering Facebook is, a lot of us just have to suck it up and use the system, because there are very limited alternatives and almost everyone is on Facebook.

19. As of now I am only using Facebook to promote articles and videos, which is sad, because I can't even master the art of conversion tracking too yet. The algorithms and the way the ads work are not thoroughly explained (or hidden under piles of notes) and more often than not you have to learn through trial and error method. Which is tedious and time consuming.