Twenty Random Thoughts #150415: Of Freedom of Speech, Amos Yee and The Real Singapore 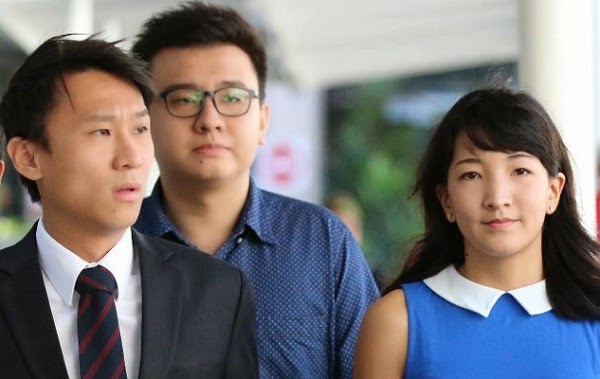 1. This topic is getting a little dated right now, but I just wanted to write something in response to all the recent articles that has been surfacing that are close to worshiping Amos Yee in a way. Especially the recent post by the New Yorker that painted him like a saint and went as far to say that Singapore should be ruled by people like Amos Yee.

2. Really? Someone who uses foul words all the time to make his point? Sure, it may look cool in Hollywood films like Wolf of Wall Street, but definitely not a politician who will be making all the important decisions in the country.

3. One argument that has been consistently used again and again to defend and even exalt Amos Yee is none other than the principle of free speech. Ya-da-ya-da, he's only exercising his freedom of speech so why should we prosecute him, Singapore is authoritarian for doing so, ya-da-ya-da.

4. I used to be an avid supporter of free speech. The one that is truest to the form. Absolute free speech. That everyone, regardless of their background, should be entitled to their opinion. Everyone should have the right to ask questions and to voice their thoughts so that there is a healthy exchange of ideas and viewpoints.

5. My view is that through an honest discussion where all sides have an equal chance to speak and to be listened to - that is important, the point of listening - only can society progress. Too much of a one-sided opinion is never good, researchers can tell you that, and best decisions are often made when you have someone playing a devil's advocate in the group.

6. However, over the years I have realised that while an absolute freedom of speech sounds good on paper, when it comes to the real world, it is far less than ideal. The sole reason is this: because it allows stupid people to speak as well. And you know what is the worst thing? It's usually the stupid ideas that garner the most attention and support.

7. Just take a look at America or even Singapore. Look at the kind of talk that usually has a huge amount of following. I have no statistics to back me (because I am too lazy to dig up the numbers) but we have talks that criticize Obama for various funny reasons like his skin colour or family background, and those try to paint global warming as a lie or fight vaccination because it supposedly causes autism.

8. I don't really care about the Obama comments, but those arguments on global warming and anti-vaccination that worries me. Because those are exactly the stupid pseudo-science comments that have the highest chance of getting us humanity wiped out, in a dramatic way. And you know what is the worrying thing? They usually have quite a high following.

9. In Singapore itself we have the classic example of The Real Singapore (TRS), which is anything but real. The tone that they use for their articles, as well as the message that they're advocating, it is hard not to think that they're pushing for an outright fight between different groups. And out of all the portals in Singapore, which has the highest following online? TRS.

11. Today, we are using freedom of speech full swing in another direction, abusing it to promote hatred, to sow discord and to push for emotional arguments instead of logical ones. Because these are the type of arguments that will gain the most attention online and it is all about the likes, shares and visits now instead of sound and critical arguments.

12. It is not to say that there are no more logical arguments around. There still is. But I see it mostly in countries where the government is less kind, like Malaysia, for example, where the government comes after you for the slightest critical comment that you may make. It is in a country like this where the freedom of speech is most needed and mostly the anti-government messages that come out are the ones which are most well thought out and logical.

13. It is not to say that Singapore has totally no good arguments coming out. There are a lot in fact, but in the midst of the barrage of commentaries, comments and opinions that are thrown out there, the critical ones are usually eclipsed by those which are more emotional and less complicated in argument. Take the Online Citizen, for example, which I think is doing a good job in trying to give an honest, critical and neutral view of the daily happenings in Singapore. They have only less than 75000 likes on Facebook. TRS, on the other hand, has 415000 likes.

14. I guess my issue here is not only on the producers of free speech, but on the consumers as well. It seems that society on whole has a tendency to go for the provocative ones and society on whole tends to be less critical and more judgmental when it comes to the arguments that we consume. From both sides of the fence.

15. Going back to the Amos Yee case for example. When it first came out, the slew of comments that were directed against him were not only impulsive, but also scary and bordering on abusive. There was the grassroots leader with the male organ comment and a host of other opinions that were worse off than Amos Yee's tone and demeanor.

16. I think freedom of speech works best only when both sides are willing to debate and discuss in a civil manner, without resorting to name-calling and expletives-hurling, because who really enjoys being called colourful names when you are just trying to state your opinion?

17. On top of that, people must be also willing to admit their belief may be wrong, without acting like their mum just died when someone disagrees with them. Only then do I think absolute freedom of speech will be productive in bringing the society forward and only then should freedom of speech should be granted.

18. Seeing how freedom of speech is being abused so openly in the online medium, I am starting to think that perhaps there should be qualifiers that you need to meet before you can be granted with absolute freedom of speech. You may disagree with me, but when articles call a group of people stupid and when comments are piled sky-high with hate, without any action taken, I think there's a healthy amount of freedom of speech online that we are taking for granted.

19. I personally think LKY had a point when he chose to sacrifice some bit of freedom of speech and focus on building the nation instead, because if he had allowed absolute freedom of speech to prevail, he may have predicted that Singaporeans will spend too much time arguing on what's right instead of getting things done. He may not be absolutely right in that sense, and it is still highly debatable the moral of his choices, but I guess at the end of the day he wanted to just get things done without getting caught in all the debates and to-and-fro that may arise from absolute freedom of speech.

20. Of course, that we will never know. But these are my thoughts. That absolute freedom of speech should not be given freely, especially not to those with an ill-intention. Of course then question will be how we decide who has the correct intention and who has not, but that would be a question best left for another article.