So I've decided to finally learn the Japanese language - like literally memorizing the words and writing them - after having the wish to learn it ever since watching my first anime. However, in fear of this turning to another failed venture - bak kata pepatah, hangat-hangat tahi ayam - I have decided to track my progress in this blog as a form of motivation. And also as a form of revision and just to fill this blog with stuff. I've not yet forgotten about the novel though, just that life has been a bit tad distracting so far.

The reason why I suddenly to jump into learning the language is because of my upcoming trip to Japan in June, and I figured it would be good to have at least some broken proficiency of the language in order to survive our eight days there. And there's the possibility of watching anime or surfing Japanese sites without having to rely on subs or Google translate anymore.

For my attempt at the language, I will be primarily using three free mobile apps to help me - yes, I am trying to go down the self-taught path - and I think it will only be fair to feature them here. The first one will be Tae Kim's Guide to Learning Japanese that is available free on Google Play as well as online, and the second will be TenguGo Kana and Kanji Senpai. Tae Kim's Guide will be my overall guide to the entire journey, will be using it primarily, the other two will be supplementary in helping me to write and write.

For the past two days I have been using the app to try and learn the language during my commute to and from work, since I figured that playing games forever on my phone while on work commute isn't going to be really productive in the long run. Besides, I got really sick of defending my town hall already. Learning a new skill seemed like the most logical choice on how to make the fullest use of the work commute time. And that's basically the back-story of how I started to learn Japanese.

And here's a picture of me in case you got too bored from all the words. 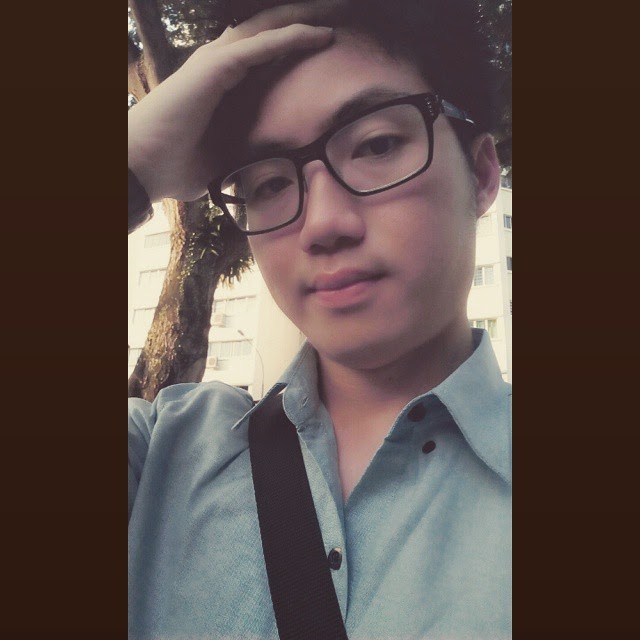 Anyways, for the past two days I have been trying to memorize the most basic component of the Japanese language, the hiragana. According to the guide, there are three subsets under the Japanese writing system: hiragana, katakana and kanji. The most complicated one is kanji, as it mimics Chinese words while hiragana is usually for beginners to pick up the language. So kind of the Japanese to tier their system, don't you think?

Anyways, I have been trying to memorize the hiragana vowels a, e, i, o, u,, which is kinda similar to the English vowels, and learning how to write them. So far so good, as I think I can already memorize some of them, while moving on to the next stage of the language, the hiragana with k, which is basically just putting the letter k in front of all the vowels. It's really structured, the hiragana part, and so far so good. Heck I even managed to practice all 10 of them, the vowels and k-hiragana using pen and paper. 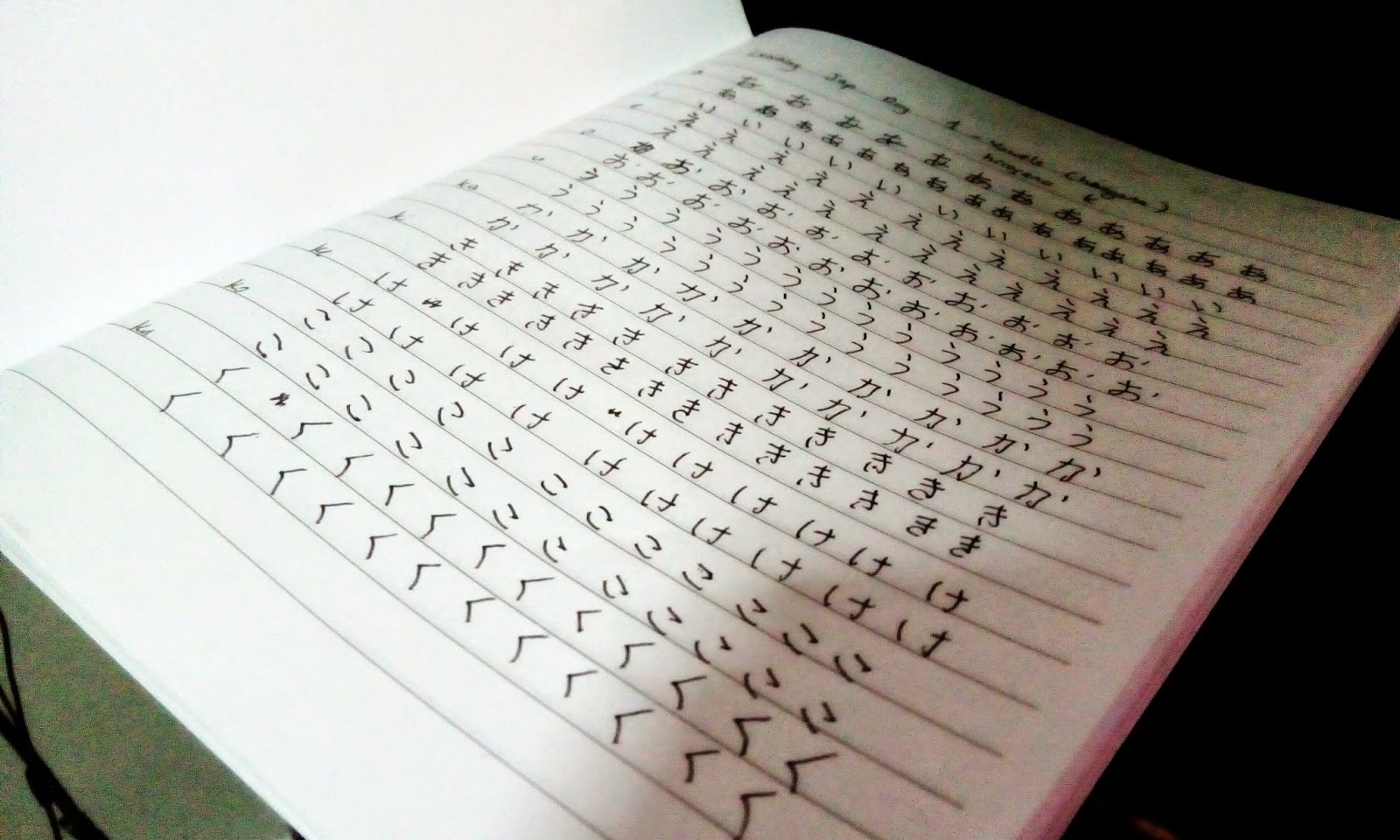 Remembering them when I wake up tomorrow is another matter of course, but I would like to think that in two days this is acceptable progress. And the good news is that I don't feel like giving up yet. Unlike that time I tried learning Chinese.

And that concludes Day 2 of Learning Nihongo.