Final Fantasy. I still remember the first time when I heard the name. The name of one of the most popular gaming franchise in history. One that spun tons of discussion as well as a slew of different titles up til today, with its own share of diehard fans.

It was back in primary school, if I'm not mistaken, more than 15 years ago, where the few of us boys were coming up with a new game during one recess period. After a long discussion about what they should play, one of them suddenly piped out and asked why not play a fighting game based on the Final Fantasy characters, to which the rest of the boys agreed. A lot wanted to choose Cloud, which ended up with quite a heated discussion. But after a while almost all of them were able to choose a character that they're okay with, and the game was set to start.

There was one problem though. Amongst all of the boys who were there, one stood out in particular. Throughout the discussion he was quiet, and when it was all done, he raised his hand up sheepishly and asked, "What is Final Fantasy?"

And sadly, that boy was me.

For the story's sake, eventually I was given the character Tidus from FFX, and went of to join the game screaming some moves that I had no idea of, and the event left quite a deep impression on me. As I grow up I will come to realize that my lack of Playstation (because my parents could not afford one) was the reason I was left out from this, as well as other discussions, but as I grew older I came to realize that sometimes we just can't help it. Different family had different circumstances, and it just so happened that mine could not afford the luxury of any Playstations.

Still, I made a promise to myself though. That one day, I must play all the Final Fantasy titles that I have missed out on when I was young. I managed to grab hold to FF7 two years back, and just a few days ago I finally managed to download FF8, thanks to a Steam sale. 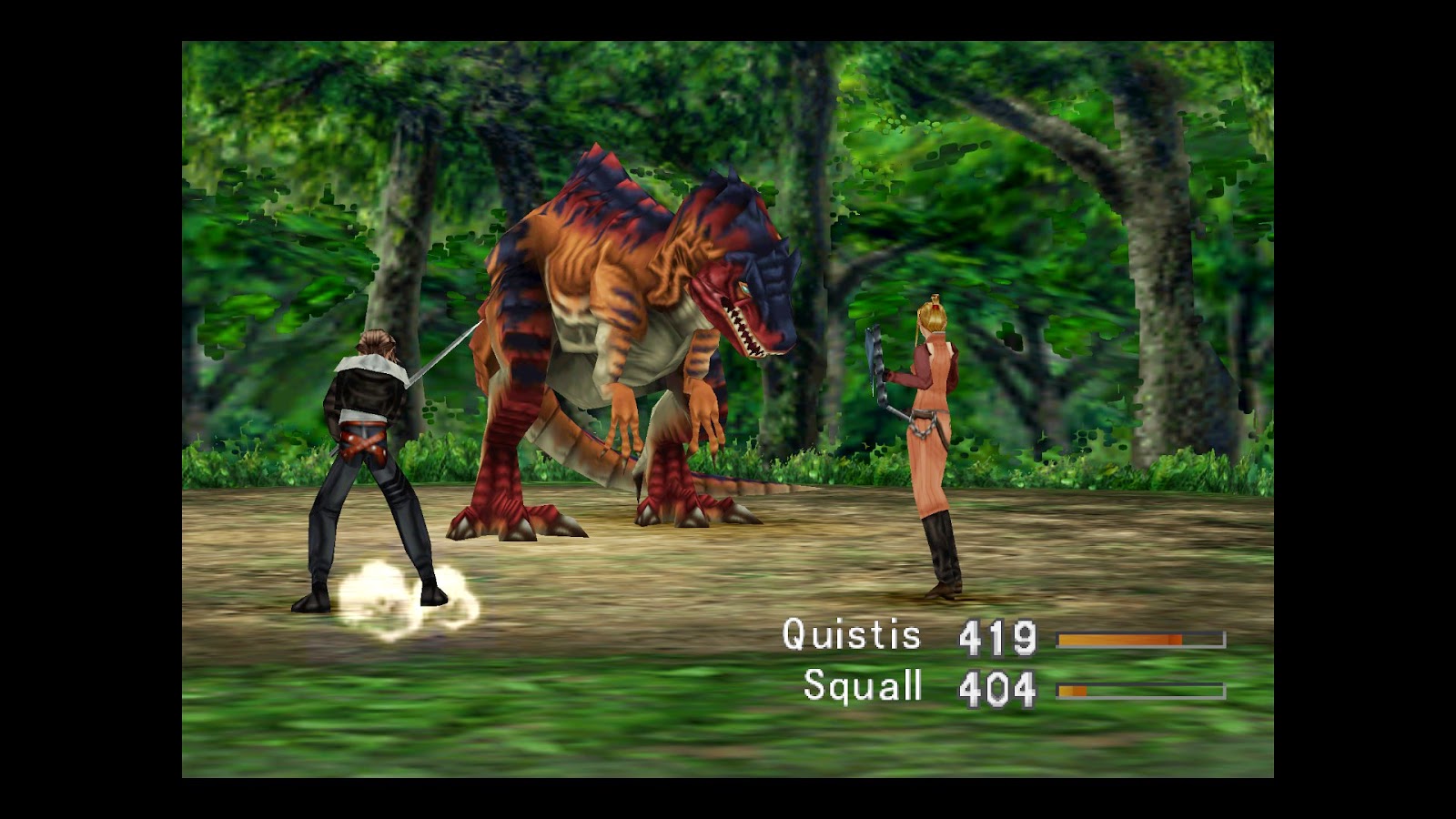 It feels funny though, being able to catch up to a game that you have wanted to play for so long, even though it was released in 1999, like 16 years ago. While the graphics and the lack of voice acting pales in comparison to today's game, and it's not really easy to get used to, at least now I could tick another item off my bucket list. Though I am really like the slowpoke meme.

Still, it feels fun to finally dive into the world of Final Fantasy again, this time as Squall, another quiet character who is just like Cloud. Next on the list, FF9! If it comes on Steam, that is.