Saving Humanity in The Last Garden: Real Escape Game and Gardens by the Bay Special

Looking for something to do this Valentines Day? Something that is different, out of the ordinary, located outdoors, and can be done either with your friends or your significant other? Enjoy solving puzzles, escape themed games and walking? Or just looking for something exciting to experience? If you answered yes to any of the questions above, then The Last Garden, Singapore Escape Game's latest addition to the REG franchise, might just be the thing that you're looking for. 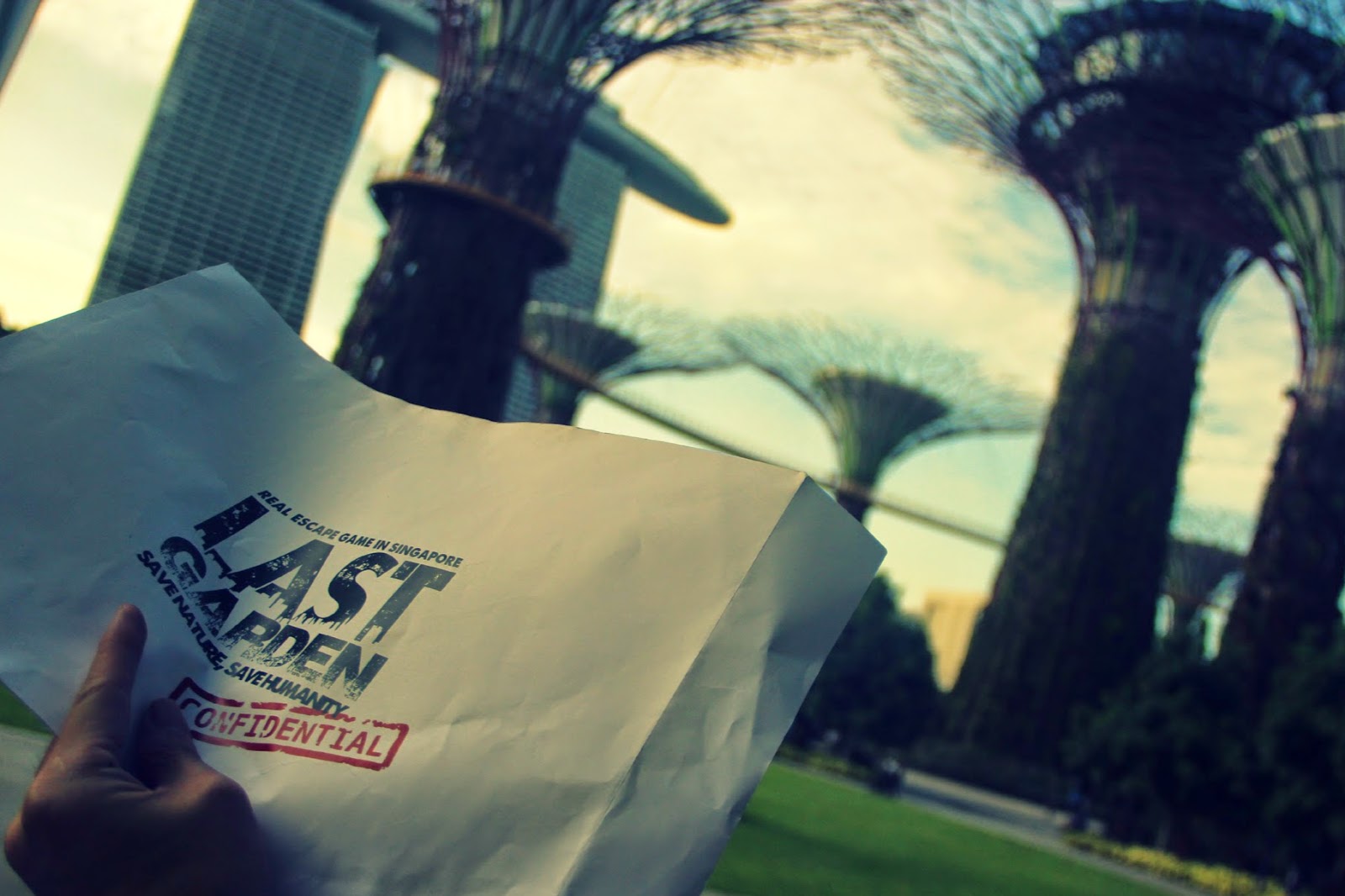 Since the escape themed games became a big thing a few years ago, from tabletop puzzles intensive games to dark locked rooms, I have been waiting for a game that takes place outdoor. One that needs you to utilize your environment to solve the puzzles, rather that just constrained to a small area. Much like those that you can find in computer games.

The Last Garden aims to do just that, by bringing the whole escape themed game to a whole new level. You find yourself trapped in a futuristic garden, forced to solve all the puzzles around the place to save the Garden, as well as humanity. Set in the iconic Gardens by the Bay, you have to explore the Gardens with the clues given, attempt to solve the puzzles at the various locations in the Gardens, and ultimately save humanity. 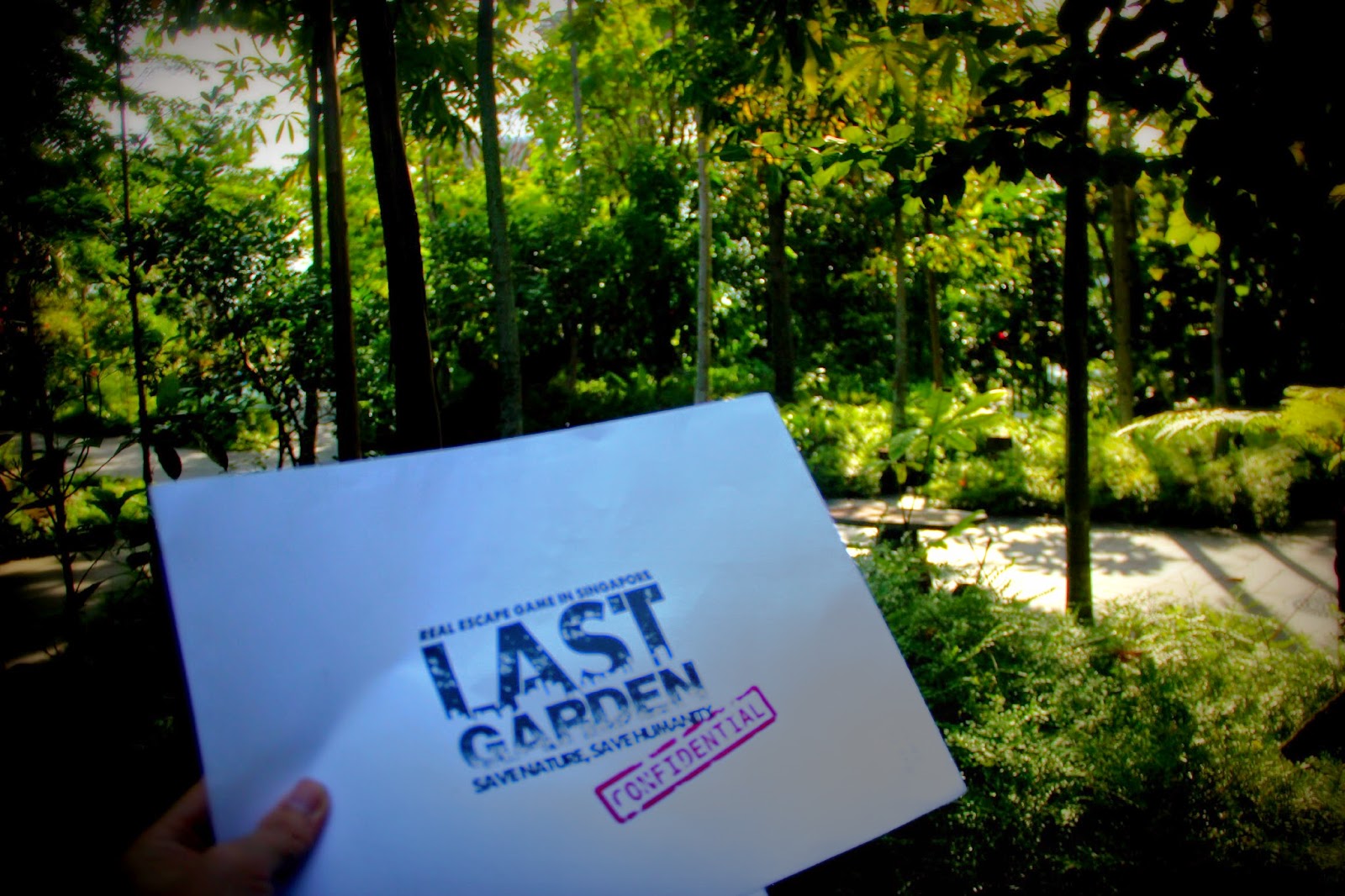 I had the privilege to be one of the first few to try out the new game, as part of the media preview event last Saturday, and I must say, the Last Garden is definitely groundbreaking. In that it may be the first escape themed game that takes place in such a large scale.

We were given an envelope at the start of the game, called the game kit, containing the different puzzles that we need to solve. Those who are familiar with REG will notice that this is similar to previous REG games, where you need to decipher the clues and solve the puzzles, but the key difference here is the scale of the puzzles themselves.

You are required to head to the various locations around Gardens by the Bay to find the solutions to your puzzles, and the journey will take you to the various outdoor gardens and also the signature domes. There's a high interaction with the environment in the game, where you need to read signboards and hunt down drawings at the different locations. It was a comprehensive exploration of the gardens, that I would say. 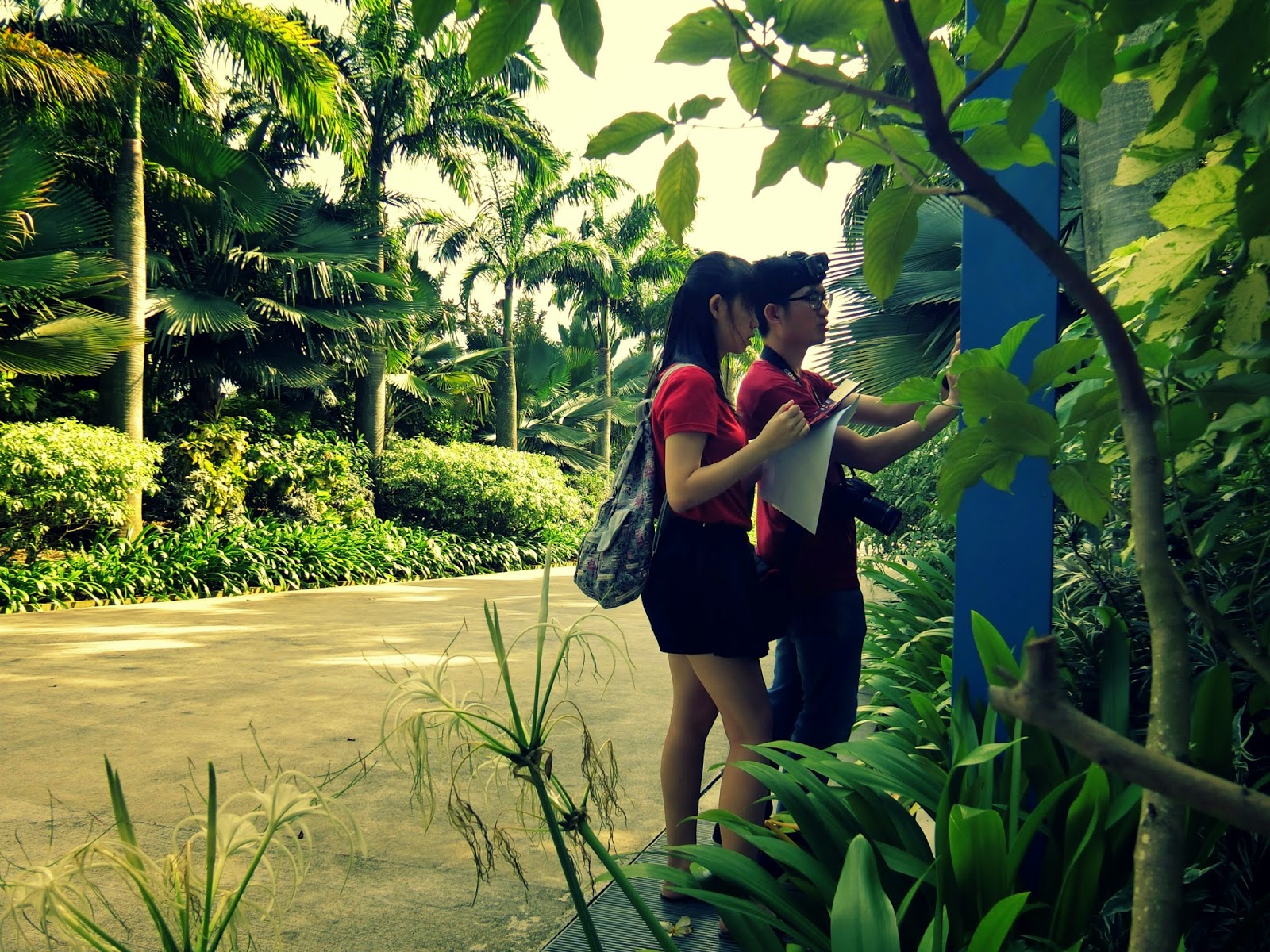 I played the game together with le gf Dawn, and both of us enjoyed the game immensely. One thing that I find really good about the game this time is that there was no time limit involved, and we were free to travel at our own pace and enjoy the surroundings as we go. We stopped to take a lot of pictures during the course of the game, as well as just marveling at the different sights and sounds.

It was much more relaxing this time round, and we were able to fully enjoy ourselves during the game. And even at our relaxed pace, we finished roughly at the same time with the other groups that were present, which was around one hour and a half to two hours.

The puzzles this time were also easier as compared to the previous REG games, which were known to be punishing with their less than 10% success rate. In fact all of us who attended the media preview cracked all the puzzles, though I must admit that Dawn and I got some help near the end of the game from another participant. Still, the puzzles were not too easy nor too difficult, and it's designed in a way to give you just the right amount of challenge. 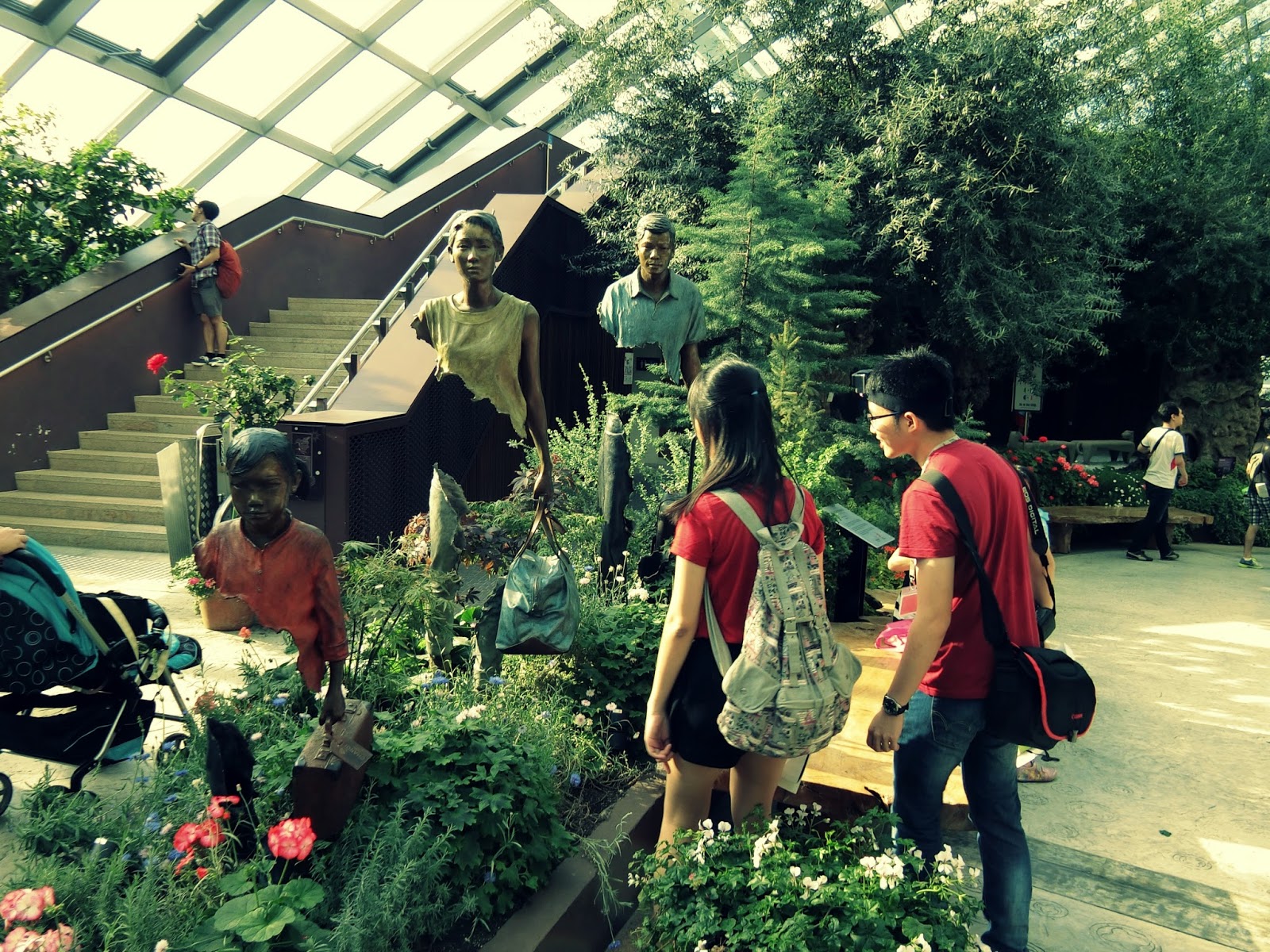 In summary, I think that The Last Garden is an escape game that you should really try out together with friends or your significant other, as it offers both the fun of solving puzzles and exploring Gardens by the Bay. Best of all, your entry ticket also includes a free entrance to the Flower Dome, which will be part of the game (shh, don't say I told you).

However, I think that it would be good to keep the group small to get the most out of the game (if you're going in a group of 8 just split everyone up into groups of twos, threes or fours), because the puzzles are not too difficult and having too many people may result in some not having much to do. There's also the risk of everyone not visiting all the locations should you decide to split job. The important thing here is to enjoy, not be the first.

Personally I would give the game a rating of 9/10, and the missing one point is because my favorite Cloud Dome is not a part of the game. But still, it is an awesome game to try out, especially if you have never been to Gardens by the Bay before, or if you're looking for something to do this February. You can get your tickets at Peatix.com and be fast as the tickets are going out pretty quickly. You can also visit REG's Facebook page for more information.

And if you're looking to see how the game looks in real life, I made a sort-of trailer for the event! Embedded below :D

And I heard an island wide escape game will be coming our way in June... Shh...

Summary of the The Last Garden:
Pros: High interaction with environment, Beautiful scenery to admire along the way, No time limit, Not too difficult puzzles, Good value for money (Play the game and explore the Gardens at the same time)
Cons: May get hot/tiring for those who do not like walking/outdoor activities, A wrong mistake can lead you really far away (not good if you hate walking), Best to keep the group small