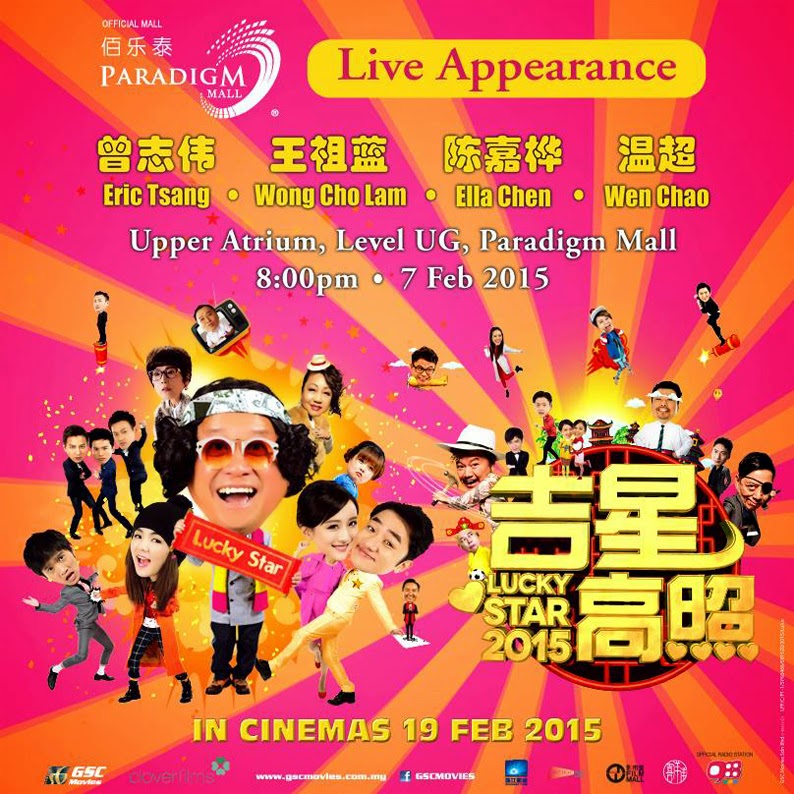 However, instead of making full use of all the potential it had, the movie squanders everything up and instead deliver a viewing experience that is incredibly boring, pale, tasteless and confusing. It was such a horrible experience that even the all star cast could not salvage one bit of the movie. The entire movie feels disjointed, as if someone decided to throw in a script into a blender and mixed everything together.

It's very disappointing though, given how the movie raised our hopes so high at the start of it. It tells of the story of a loyal Stephen Chow fan, who is on a search to find him in order to fulfill his mother's wishes. There was also this opening line where a mysterious person attempts to add suspense to the plot by speculating about the whereabouts of Stephen Chow lately. The movie is peppered with homage to Stephen Chow's earlier works, with numerous parody scenes lifted from movies such as Shaolin Soccer, 007 and Kungfu Hustle. With such a strong emphasis on Stephen Chow, naturally you would expect him to at least make a cameo appearance in the movie.

So I sat there, with my hopes held high, enduring all the humourless jokes that were thrown frequently in the movie, expecting to see him appear at least for a while in the movie. It was the only thing that I looked forward to halfway through the movie, because the rest of the movie feel badly apart halfway through it. And to my horror, the movie ended rather abruptly with a half-hearted explanation and epilogue, that seems to be mocking me rather than a satisfying end.

Even without the Stephen Chow element in it, the side story of love between a struggling director and a famous actress could not keep the movie afloat. The story is weak, as well as the technique they used to tell the story.

In a nutshell, out of all the Chinese New Year Hong Kong shows that I have watched before, it is by far the worst out of them all. At the end of the movie, I felt as if I got cheated out of my money to watch something that is clearly out to profit rather than to entertain. It was sad though, because I really wanted to see Stephen Chow, and I hated how they wasted all the talents in the movie on a weak storyline. Definitely not worth watching. A 1/10 rating.