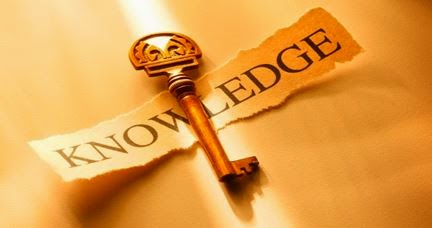 1. So I was sitting the midst of a training one day, for my current workplace, when a thought struck me. The trainer was brought in from outside to train the teachers in using a new tool in the center, and she repeated several times on how the tools we bought would help us and change things for the better. Which was good, because after all research has pretty backed the tool, just that to use something good, we have to buy it. With a lot of money

2. It's sad though, when you think of it. The developer of the tool originally wanted to create something that would help children in her class learn better, and when the results started showing, in swoop a person who wanted to commercialize the whole thing. Long story short, the tool that she developed for free became copyrighted by an opportunistic businessman, where people now have to pay in order to learn something that they used to be able to get for free.

3. Knowledge is a commodity, there is no doubt about it. Rather than something that is freely available to all who seeks it, one needs to pay in order to learn. You need to pay to gain knowledge. Be it for courses, tuition, books, schools and even teachers, only with money you will be able to get the best knowledge that is available. Good schools, good teachers and even university placing.  Not to mention journals or publications. Having money will help you to gain knowledge easier, opens up more avenues for you. You have better access.

4. Which is sad, because knowledge is supposed to be freely available to all who wants it. A society with a more knowledgeable population would definitely advance further, because you have a lot more smart people thinking on the problems. That's the only way to advance civilization as a whole. To raise the average knowledge level of each citizen.

5. Sadly, that may not be the case. Sure, you may have those who fight for free knowledge, for free education, but on the other hand you have those who are fighting hard to make access to knowledge more difficult. To make it a privilege. Which is why good schools charge so much, why good teachers only teach at good schools and why tools that can help you need to be bought. Not only do these people seek to exploit the importance of knowledge for themselves, they also seek to defend the class system.

6. It's a scary thing, you know, when you think about it. The rich are able to send their children to learn more, experience more, to good schools and good universities, while the poor have to make do with whatever they can. This itself has created an unequal ground at the start. The rich kid will have better access to learning, while the poor will be hindered by a lot of other factors. And it the end, what we will end up with is a vicious cycle, where the rich become richer with the knowledge they gained, while the poor poorer. The gap will only widen between the classes

7. It cannot be helped though, given how the most high paying jobs require a high amount of knowledge. From how I see it, there is only surface meritocracy, where the truth is that it's more of the elites securing their own interests and advancing their own goals. Rather than society progressing as a whole, the access to knowledge is made unequal so that some people down there will remain down there.

8. Of course, it's all my speculation, but I cannot help but feel that this is happening. At least in Singapore. But enough of such a heavy topic.

9. I'm active back in Ingress again. Like super active. I know people in SG have issue about revealing our in game identity (the animosity is that serious here), but I don't really care. I mean it's just a game. Why can't we just shake hands and be friends? And if things get too sour I can always just uninstall the game and play something else. Simple as that

10. Anyway, I digress. What I wanted to say was that I am super active now, with the new missions feature that is in the game. So much so that I walked a total of 2.5 hours non stop the other day. Like just walked. From one MRT station to another, exploring all the different portals along the way 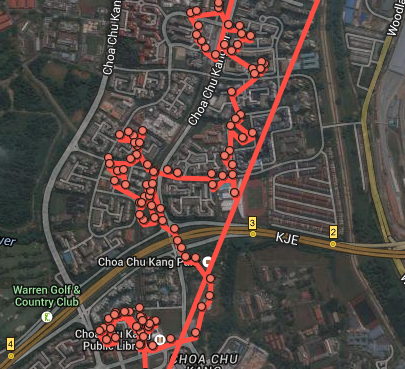 11. But I finally reached level 11, so I guess I got that going for me

12. I started Maple Story again. This time playing with Dawn. Always wanted to know how it would be like to play an MMORPG with your significant other. Guess now I finally know 13. Sadly I must say that Maple is just a shell of what it formally used to be though. In our server at least, the only humans who were playing were the both of us. Just two. With no one else at all during our entire play. We did not see any other human players, at all. Kinda felt like a ghost town, tbh

14. With that being said, however, it's sad to see Asiasoft not really doing anything about it. Instead of making the game much more accessible, signing up itself is a night mare. You have to create one main account to be able to create another Maple Story account and if you mix any of them it's good luck to you. Not to mention the ridiculous security measires, such as an alphanumeric minimum 6 letter second password. Seriously? No one plays your game and you still want to make them so difficult to log in

15. Still it was fun being in Maple again, though it was nothing like the past. What was I expecting, anyway?

16. Sadly, like Maple, my blog is dead. Somehow the readers took a plummet recently. Wonder what did I do wrong? Or where did everyone go?

17. Oh, did I mention that I changed jobs? Officially tendered a resignation for the first time in my life today, and I must say, it was really not easy. Especially when you don't really know what to say. Not an easy decision

18. My new job is an editor. Which is quite awesome. And yet scary at the same time. Because I have a bad habit to not proof read