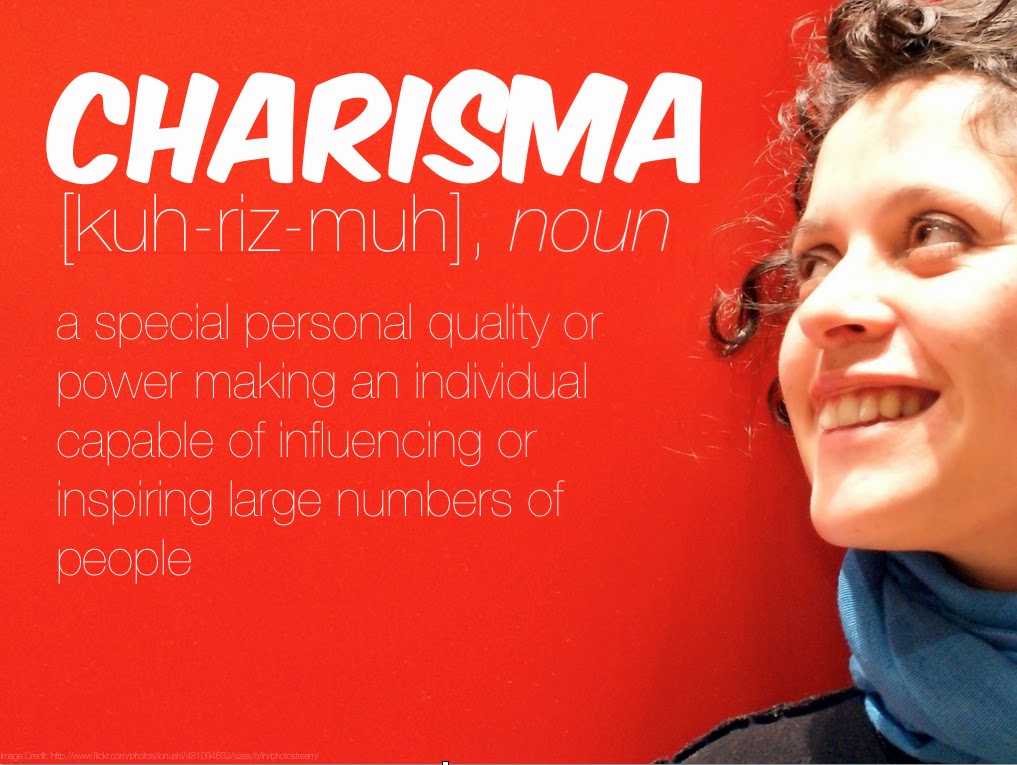 2. Among the tons of virtues out there, like honesty or patience, there is one supposed virtue that I absolutely hate to my core. Like hating it with passion. In fact, I think that this virtue is in fact a vice trying to pass off as something positive, and it's not definitely not fooling me. And I'm talking about none other than charisma

3. Why the hate for charisma? Because I think it does not represent any concrete behaviour that can change mankind in a profound way. It does not measure anything other tan your ability to talk. And it is not inherently positive like honesty or altruism. Sure, you might be able to influence a lot of people, but what exactly are you influencing them for?

4. In fact, I think that people who are terribly charismatic are the ones most prone to doing evil stuff too. I think that when you have the ability to influence people, and when you see the sight of people adoring and worshiping you, it gives you a sense of power. That you could control people. And we all know power corrupts

5. Take a look at Jim Jones, or other cult leaders. Hitler for example, or even this fella called Dr Oz. In Singapore we have Kong Hee. All these people are charismatic, and what do they all choose to do with their power? Lie, steal and to commit not so good stuff for their own personal benefit

6. Sure there are good charismatic people like Martin Luther King Jr, but I think that the tendency is to be evil when you're charismatic

7. The reason why is having charisma allows you to cheat or bluff your way through something easier. People will tend to believe what you say more because you're so persuasive (we humans are stupid like that) and people would tend to think that you're a saint in other areas too just because you know how to talk. Like they would automatically think that you're more capable, trustworthy and righteous just because your good with words, when you exactly have the opposite. I blame the halo effect

8. In a way, there's a lot of deception when it comes yo charisma. Charisma allows you to do less, for example a leader who wants to sell a policy or a point. A charismatic leader can just say some hogwash and his people will believe him, while the not so charismatic leader has to work harder to convince other. It's not fair. And it inflates your real abilities

9. Another reason why I hate charisma is how our society put so much emphasis on it. Take job search for example, especially the interview part. Interviewing with employers does not necessarily measure your ability in performing for the job, it simply measures your ability to take interview. I may not be as good as you in calculation, but as long as the interviewers like me more during the interview, I have an advantage over the smart but shyer ones. Which is why I don't like it

10. The same goes for relationship too. A guy's ability to sweet talk should not be the measure of his ability to be a loyal or responsible father, but yet girls seem to be falling in droves for guys who can talk. In fact we don't realize that the more charismatic a guy is, the easier it is for him to cheat, because he'd be talking to and impressing tons of different girls

11. And probably why I hate charisma so much is because I don't like it, and I don't like how unfair life could be for us who cannot talk as well. And we are severely disadvantaged because of it

12. The same goes for extrovertedness I guess, though I supposed the introverts are winning in terms of their engagement and improvement

13. Oh look, I finished ranting about charisma in 12 points

14. And did I mention charisma helps you build connections easier too? When friendship should not be measured by how good you talk to teach other but rather by loyalty and trust? I hate charisma

15. Zeus was probably the most charismatic person around, judging from his ability to father so many children from so many ahem, species

16. In fact, I think charisma is like a cheat code in life. When you are not as smart or athletic or talented, always talk your way out of something, and put on a superb show for that

17. Why do job application and school application all require you to have a stupid referee? What my referee says may not be a too reflection of my abilities though

18. My eyes are closing and my hands are typing on auto

19. I think charisma is also a skill so see who can smoke the most. Bleh