I accidentally ventured into Camp Forlorn Hope today, some sort of military base for the NCR. Not exactly what I was looking forward to though, because it would only mean getting dragged deeper into this ongoing conflict between NCR and Ceasar's Legion. I had hoped to remain neutral as long as I could, avoiding any contact between these two warring factions and just going about my own way. After all, the idea of people hating me does not sit well with me. But I guess when there's a war going around you, it is really hard to not to pick a side. 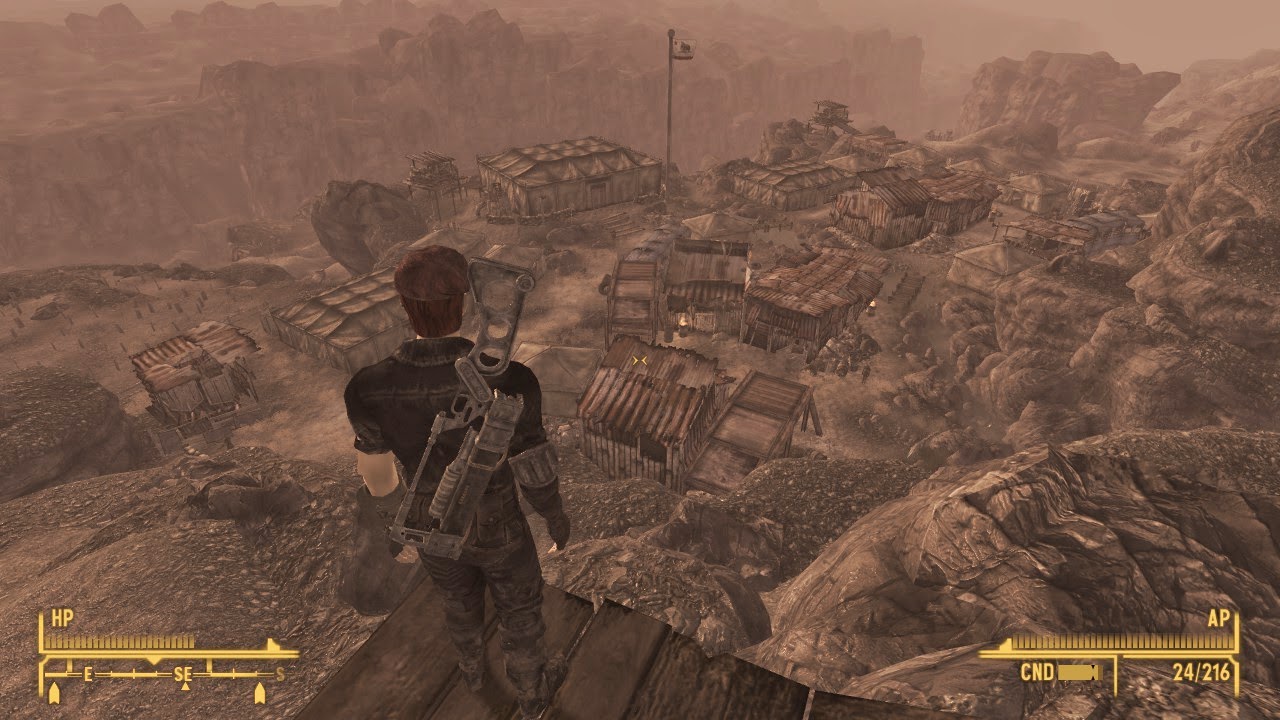 Eventually I made the decision to just explore deeper into the camp, just to get a feeling of how the entire NCR is like. I must say though, for a big outfit that is generally in charge over a large swath of the desert, the camp is in a pretty bad shape. Or like the name suggests, hopeless. Quite ironic, to be honest.

Everywhere I walked, soldiers were complaining about the sorry state that the camp was in, despite the looming threat of the approaching Legion. In fact they were just next door to the camp, constantly sending raiding parties to test the camp's strengths. With all I have heard about the Legion, I decided to see what I could do to help. I began asking around, helping with some chores here and there. So far I've helped the doctor with his disappearing supplies problem, as well as the missing shipment with the quartermaster. 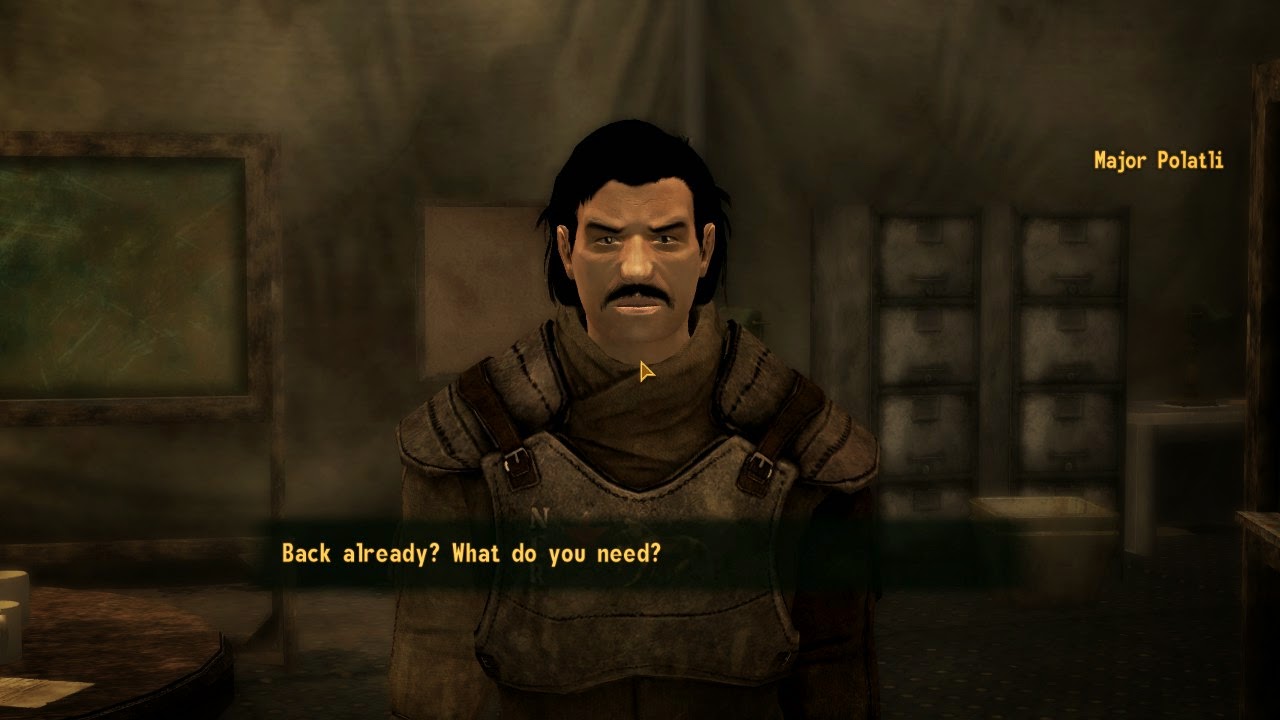 They must be really desperate to be counting on a random civilian for help, don't you think? If I had been a Legion spy the whole camp would have gone to waste by now. No wonder they were having so many difficulties with the Legion. But then again the Legion themselves were not smart enough to utilize spies for sabotage.

Anyways, I got bored of helping soon after, because some Reyes lady want me to deliver radio codes to all of their outposts in the desert. A crazy task, mind you, since it involves me running across a whole stretch of god forsaken land. So I decided to go back to my quest to uncover my killer's name, the nameless dude in checkered shirt. I headed north as my information suggests, to Boulder City. 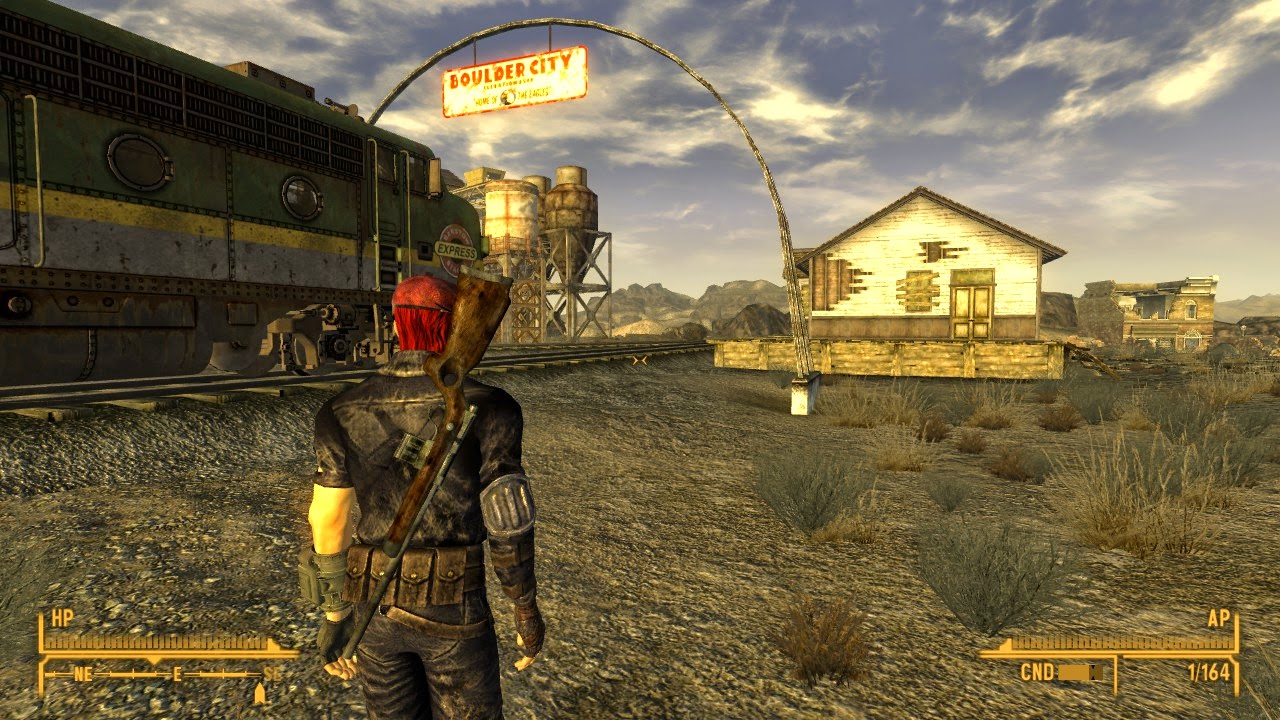 What I expected to be a great showdown turned out to be a paltry negotiation attempt, as I found out that my killer was again one step ahead of me. He betrayed the guards that he hired, the Khans, in the hands of the NCR troops and left for Vegas with the platinum chip with him. Of course, the Khans were more than happy to tell me his name, Benny, and where was he headed.

As a token of appreciation, I decided to let them go, convincing the NCR to not go after them. I feel sad for them, you know, getting betrayed and left to die like that. A post apocalyptic world need not to be cruel, you know. And they don't seem that bad too, despite them being a gang. They were definitely less barbaric than the Legion after all. Plus I could use some extra allies. And they did let off the name of my killer though. Benny. 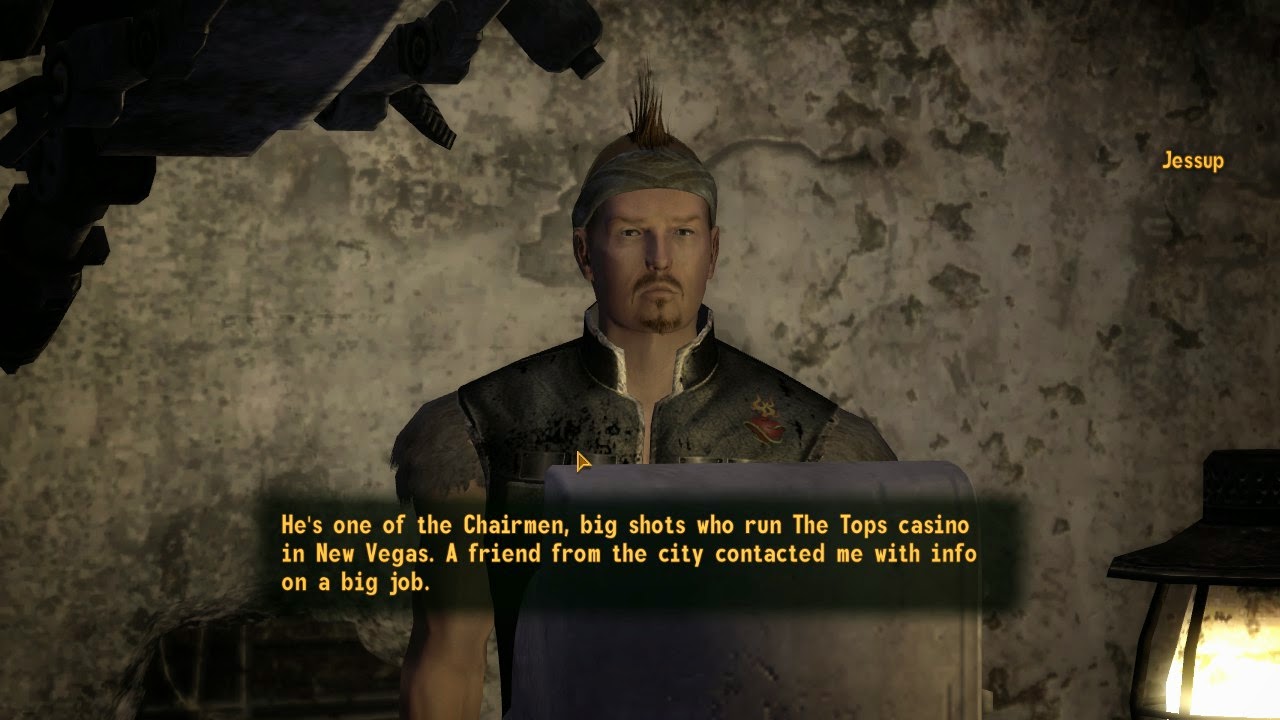 Still, with Boulder City turning out to be another dead end, I guess I don't have a choice but to head up to the New Vegas strip myself and confront this so called Benny. Wonder what will I encounter on my way there. And why I am so caught up over revenge.

It's a long journey over there though, so I decided to stop along the way, hoping to rest. Turns out my luck wasn't that bad after all, as I bumped into this Brotherhood of Steel scribe who wanted to accompany me along. 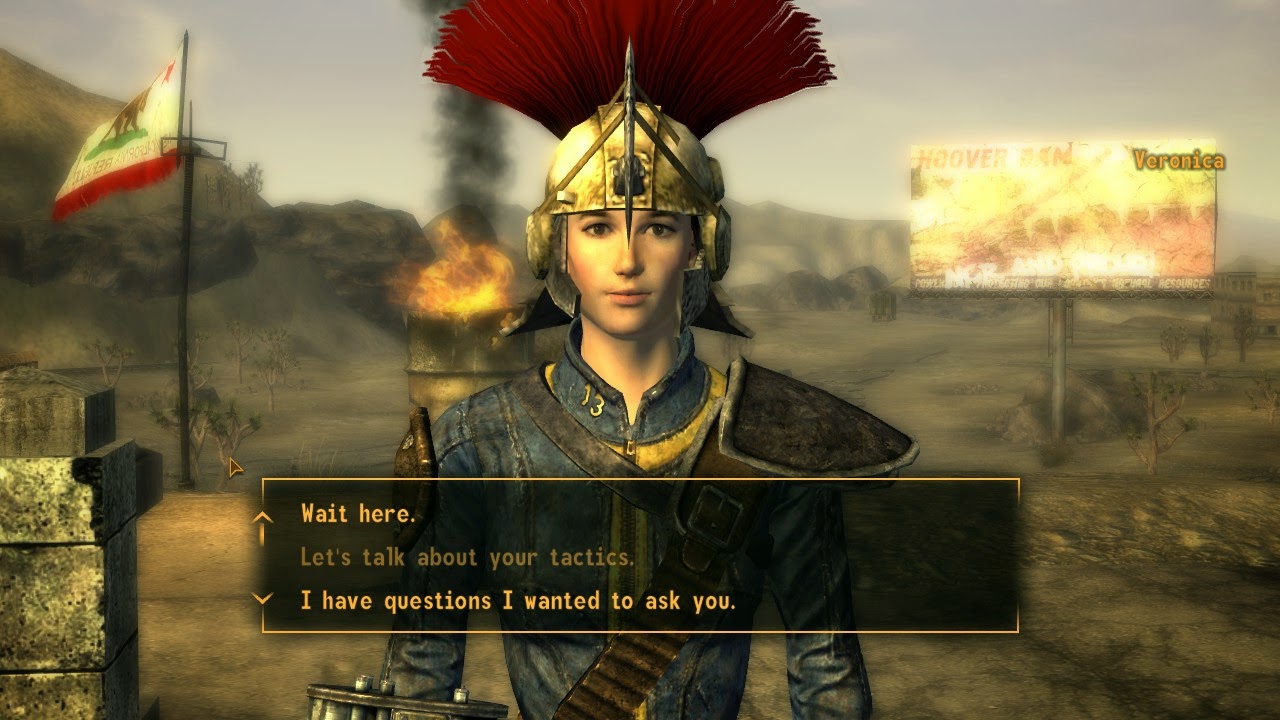 Booyah. Talk about a score. She seems talkative enough, and much less moody than the previous Boone that followed me. I guess I have to wait til tomorrow to begin tracking down Benny.