The Real Escape Game (REG) series is nothing like the conventional escape rooms. It is far more brutal, mind boggling and challenging. The series of puzzles that the REG dish out will put your thinking ability to the test, but at the same time solving the puzzle is one hell of a satisfying experience, given how very few people (less than 10%) are able to 'escape' from REG Games.

I had the chance to attend one of the classic installments of REG, 'Escape from Werewolf Village' two days ago. It was part of the promotional campaign for the upcoming 'Escape from Walled City' escape game, the latest installment in REG's franchise. Like the previous REG that I attended, Escape from Werewolf Village involves a lot of puzzle solving and head cracking. Piecing together clues from different logic puzzles and given by the organizers, you have to find who the werewolves are, as well as a plan to escape the werewolves.

Not an easy task. 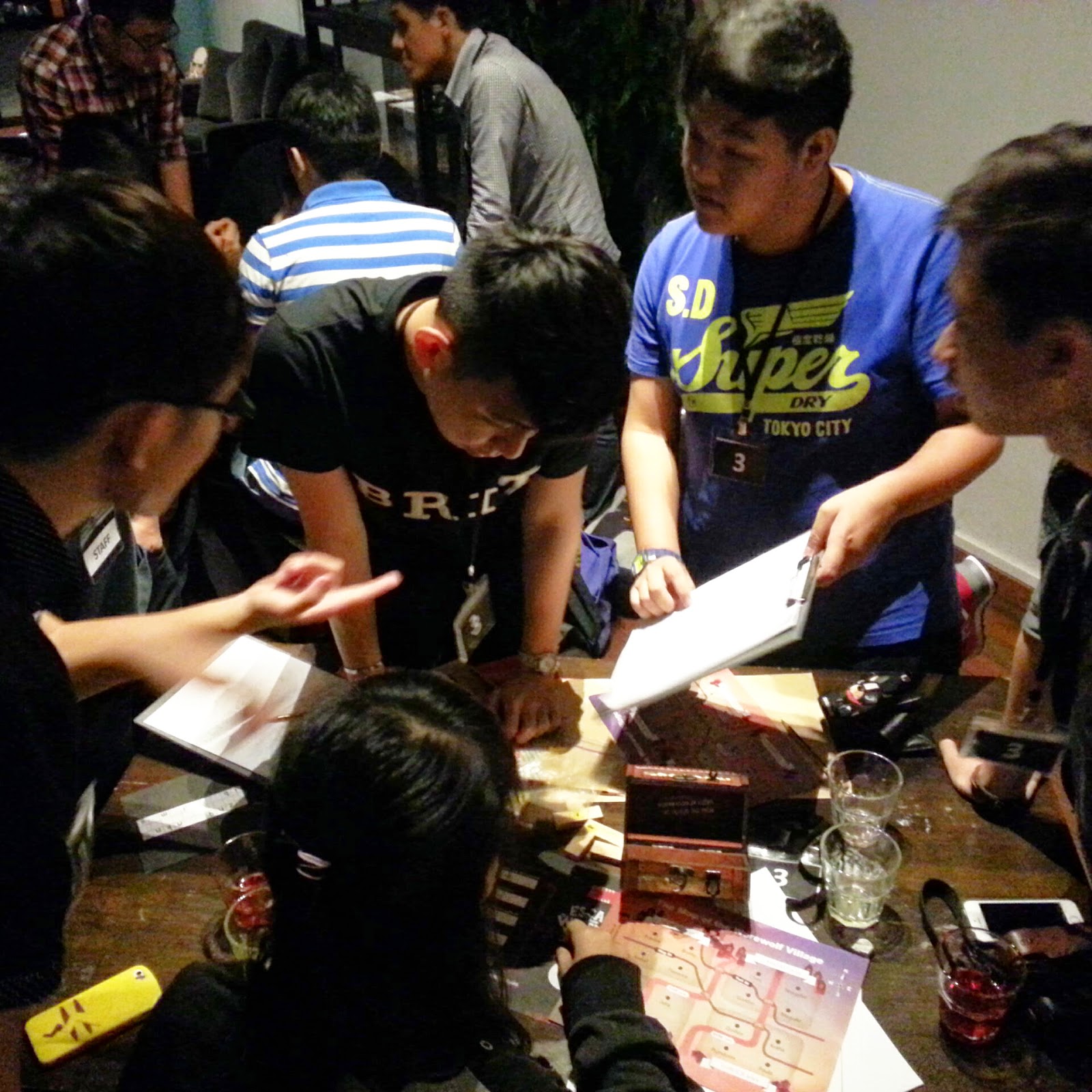 Teams have to work together to solve the different puzzles given to unlock the clues, and then use those clues to figure out the solution to the situation. It's like a logic game within a logic game, where your brain must be quick to identify patterns and hidden meanings.

Of course, part of the feature of REG game is that because it is very puzzle based, you spend most of your time on a table, without much props for you to manipulate or explore.

However, come December 13 and 14, Singaporeans will be treated to an Escape Game unlike any other that we have experienced so far. Set in Yio Chu Kang stadium, with an intended participation of almost 1000 people per session, it is going to be one of the biggest escape games organized yet in Singapore. And as the name suggests, Escape from Walled City is based on one the recent popular anime, Attack on Titan. 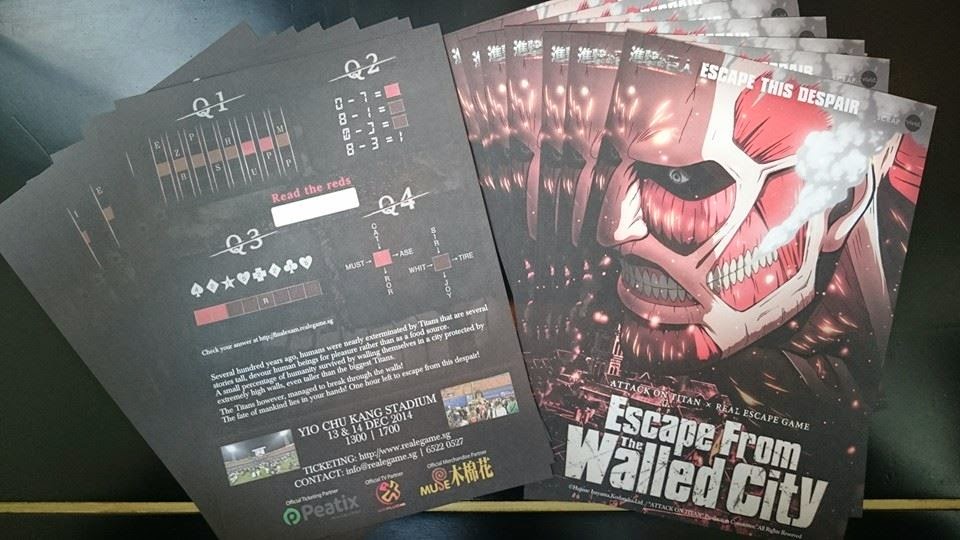 The game itself has already made its round Japan, while Singapore will be its first stop in its world tour. It's definitely going to be very exciting looking at the size of the entire event, and one that you should definitely attend if you're a fan of the anime or if you love a good mental aerobics exercise. Do take note though, that only less than 10% of the participants made it out alive in Japan.

Dare you take up the challenge? 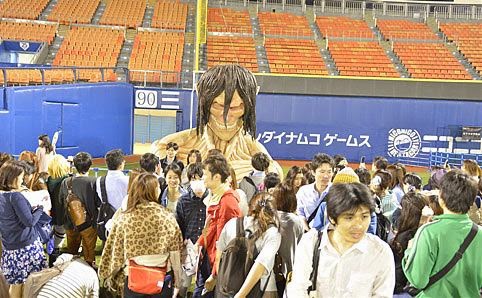 Tickets are selling fast though, so do make sure to get your tickets HERE. And do give the REG Facebook page a like too to stay updated with the hosts of escape games that they may have.

There's more REGs coming your way, and I heard that they are having a One Piece based REG too, coming soon. Shh...