The Day We Got Walled In: REG Escape From Walled City Review

Exactly a week ago, the residents of Yio Chu Kang, Singapore were besieged by a sudden Titan attack, trapping them in the walls of their stadium as the man eating monsters threatened them. More than 300 cadets from the survey corps were tasked with the impossible mission of stopping the Titans, by waking up Eren and sealing the hole in the wall. With only one hour to spare, the recruits must figure out the clues that will lead them to Eren, and ultimately wake him up. It was an impossible task, where the fate of humanity depended on the recruits.

And that was the setting in which the Real Escape Game: Escape from Walled City was based on. Touted as one of the biggest escape games to ever happen in Singapore, several sessions of the game were held across the weekend in Yio Chu Kang stadium, after first debuting in Japan. 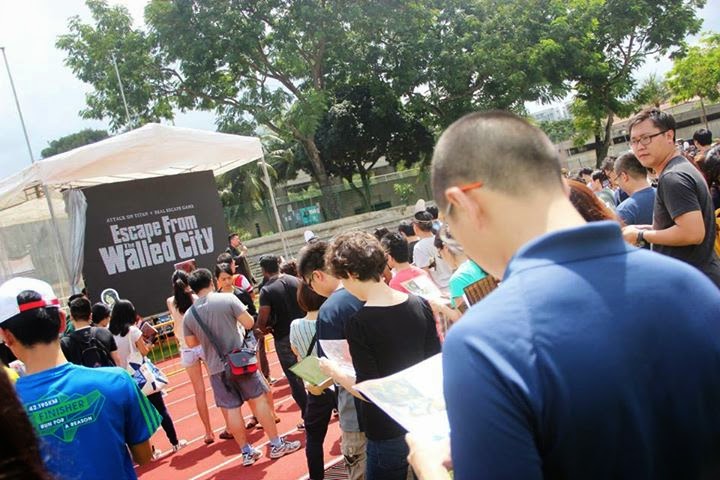 I had the chance of attending the event thanks to my housemate Andrea, who was an ardent anime fan. So on the sunny afternoon of 14th December, a group of six of us donned on our green cloaks and took on the challenge to save Eren and escape the walled city. With the exception of Victor and Andrea though, who went full cosplay for the event. 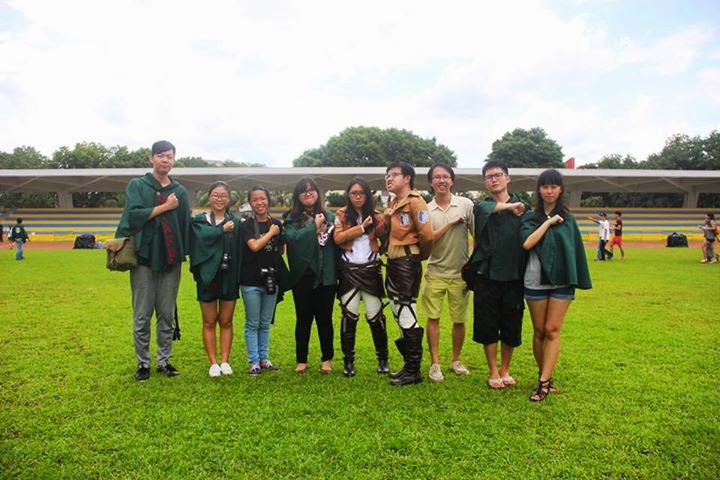 After failing to escape from my previous two attempts from the werewolf village and the moon base, two of REG's earlier installments, naturally I was a little apprehensive. Though this time round, instead of a little air conditioned room, the entire stadium was our playground. And there were 300 of us all running around. It was definitely more exciting than the previous times, with a lot more running around and hunting for clues.

Still, the core mechanics of the game play is still quite similar to REG's style. The game is heavily puzzle based, where you need to solve a series of puzzles with the given clues to advance. There were a total of  puzzles to solve, in which you have to employ logic and quick witted thinking to be able to decipher what the solutions are. And once again, I had the feeling of having my IQ drop a few points just from the experience of this game. 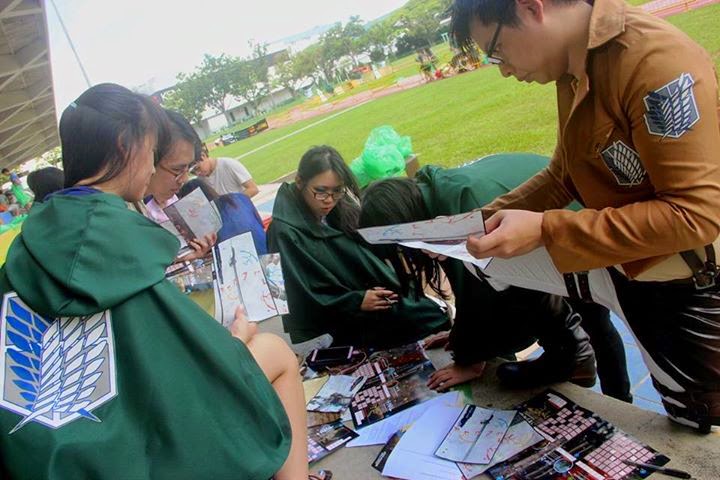 Each of us were given a game kit to put our answers in, and as we advanced through the different rounds, more materials aregiven to us by the game marshals. We managed to proceed all the way up til the final round, either by brute force or sheer luck, only to be fail due to the lack of time. Such a shame though, because Eren stood only a few feet away from us.

But out of the 300 over people who attended the event, only 2 groups cleared all the challenge, so I guessed we got that going for us, which is nice. Though I must say that we were probably the worst bunch of Survey Corps cadets ever. Protip to REG games? Everything that the organizers repeat are there for a reason. 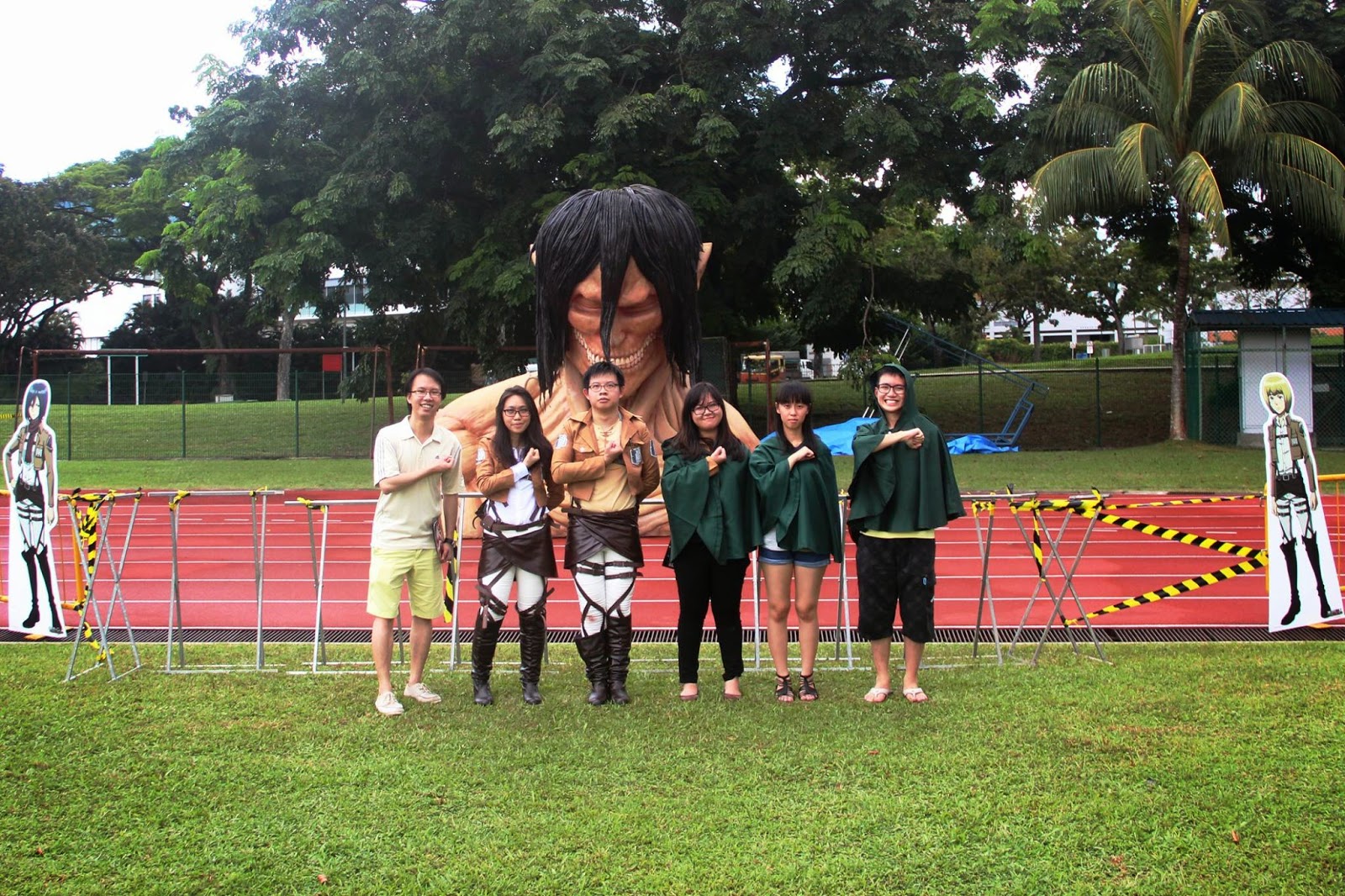 Overall, the experience itself was quite fun, despite the temporary shower putting a dampener on the mood of the entire event. It was fun running around the field while trying to crack your brain, with the exception of one part where we spent freakishly long on one round because we had no idea where the clue was. Still, fun. Would rate it a 7/10 in general.

Definitely looking forward to the next year's valentine version that will be held in Gardens by the Bay.