[Movie Review] Night at the Museum 3: Secret of the Tomb 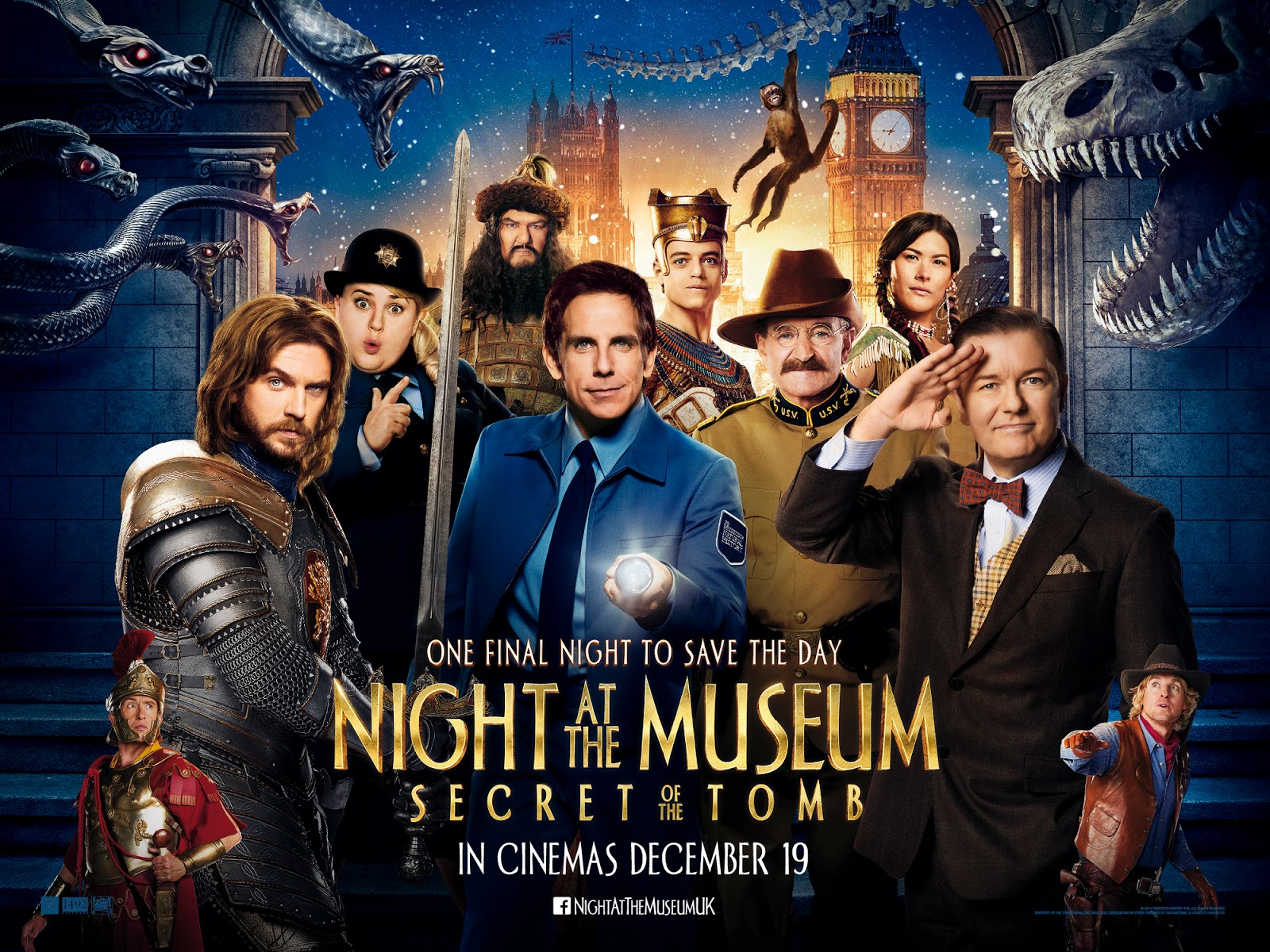 I watched this movie for two reasons: I liked the first and second movie, and this happened to be Robin Williams last movie. Also, Rebel Wilson, who plays Fat Amy in Pitch Perfect is making an appearance in this film, which got me interested to watch the movie.

While the movie retains several funny moments throughout the film, thanks to the different characters' antics, I felt that the film is the worst out of the entire series. Stumbling under a shaky plot, it was not a movie that I could relate really well to, with the action completely lost on me. The film was supposed to be a race-against-time type of storyline, but the pace of the entire thing failed to excite me. It was more like a relaxing baby ride in the amusement park rather than a exciting roller coaster ride.

Worst still, the film failed to trigger the correct emotions in me during the various important scenes. I know I was supposed to be excited during the climax and sad during the closing of the movie, but the script and the action pales in comparison to the earlier movies. So much so that the funniest joke in the movie has to do with a monkey peeing.

Not only that, the side plot of a father trying to understand his son seemed like a lame and half hearted attempt to appeal to family audiences. It felt forced, fake, without any of the actors putting real emotion to it. The father may be saying that he worries a lot about his son, but it sounded more like a scripted mumbo jumbo to me. As if he could not care less. The tension between father and son was mostly just absent.

With the exception of some saving grace, for example a cameo by Hugh Jackman, the entire movie was kind of a disappointment. The movie attempts to lead you through exciting twists and turns, but what it really accomplished is just confusion on what generally is happening. You have a rough idea of the story, but there is just this feeling that they just don't link together. Rather forced, I would say.