So I decided to give the Half Life 2 expansion/sequel a try, with all the talk on the internet about Half Life 3. It's been months since I finished Half Life 2, and with no other games catching my eye, I decided to visit a post apocalyptic earth again.

After getting awakened by the mysterious G-Man and being put through a hell on Earth, all in the effort to liberate humanity from the Combine Empire, I once found myself standing in City 17. Just when I thought everything would end with the explosion of the reactor, several Vortigaunts decided to stop G-Man from putting me back into stasis, for reasons I yet to know.

What I do know is that the event of Half Life 2 did not just end with the seemingly defeat of the combine, and now once again I have to assume the role as humanity's savior as Dr Freeman. While waiting for the eventual release of Half Life 3, like the rest of the internet. Perhaps. Of course, Alyx was by my side, being the original awesome video game companion. Also a virtual crush.

Other than expanding on the storyline, City 17 was no different from the last time I visited though. Lots of bad Combine forces to fight, puzzles to solve and a hell lot of zombies too. So much so until it makes you wonder if you're actually in Left 4 Dead.

While Alyx looks admiringly at me, I am just shooting away most of the time, playing it cool like how I usually am. The entire game feels no different than the events in Half Life 2, only that the atmosphere now seemed to be filled with much more hope, mixed with a dash of comedy. Especially when you have Dr Kleiner in the overhead speakers asking everyone to "reproduce", now that the "procreating" suppression was off. Oh, if only I could do it with Alyx.

Still with it being an "old" game, the gameplay feels classic with not much of the COD style animation, but I'm playing just for a retro feel, to get the sense of how difficult games used to be back in those days. All those puzzle solving? Tedious.

I have not yet escaped from City 17 though, with my current mission now having to lead survivors to the train, while fighting off Combine forces. With my trusty crowbar, of course. 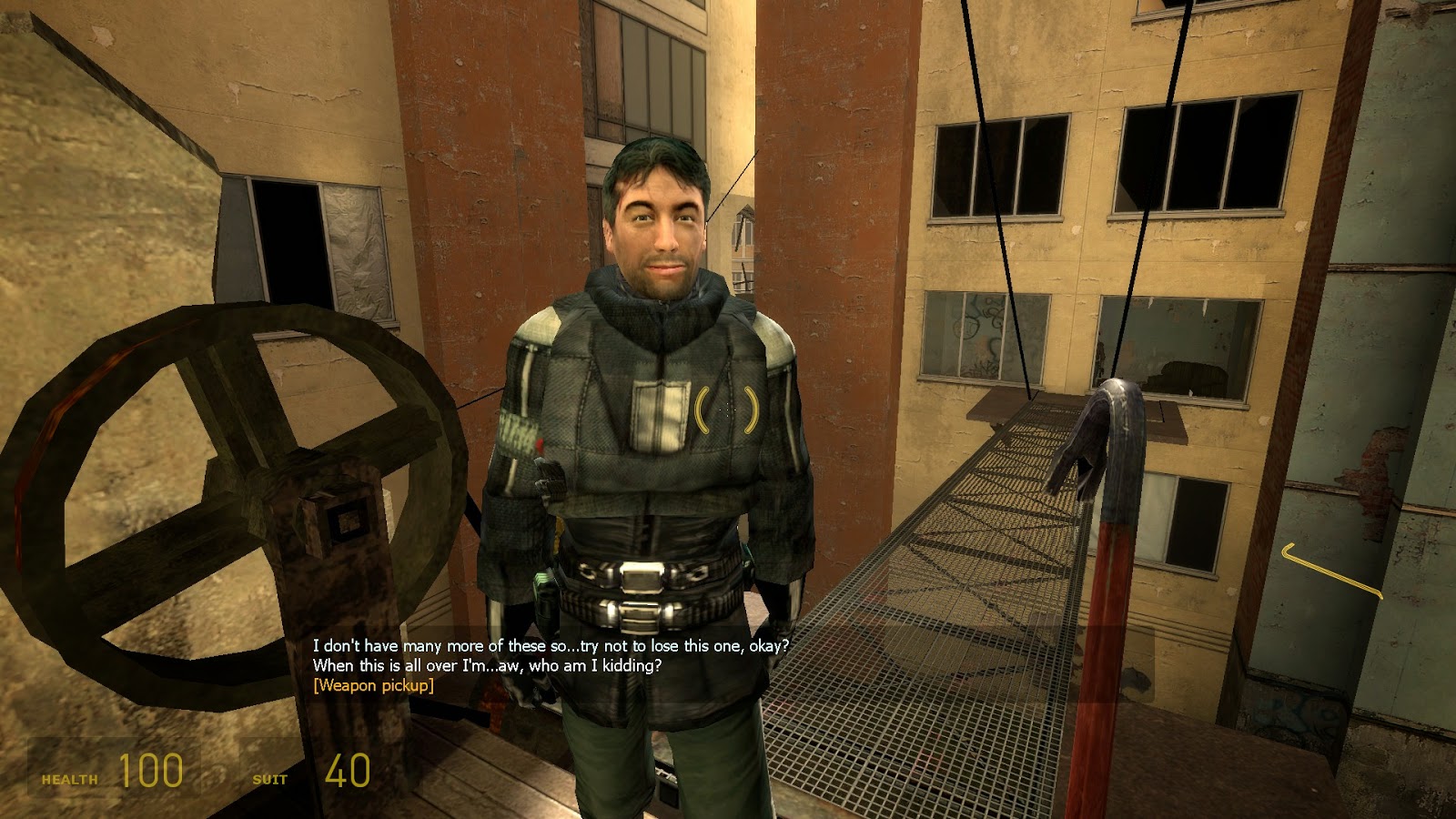 Maybe by the time I finish both Episode 1 and Episode 2, Valve would have announced Half Life 3 in progress. Maybe. One can hope, right?