At the End of Everything #5 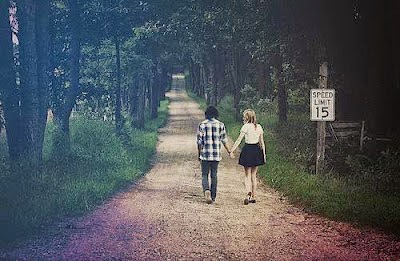 It’s surprising how easily we can get used to something, even though we may have balked at the something initially. In my case, the something happened to be the online dating attempt. It has been a few weeks now since I started and slowly, visiting the site has become sort of a routine for me. I would check the site through my phone every morning while I was going to work and then later at night on my computer before going to sleep.

“Told ya so,” was Lucas’s reply when I shared with him about my frequent visits to the site.

Perhaps what kept me there was the amount of girls that I could suddenly make a move on. Unlike real life, I found myself being able to say hi to dozens of girls at once, all simply with a few strokes on the phone or keyboard.

After a while, the entire process had become too familiar to me. Something that I would repeat for every girl that I took interest in. I would first check their profile to see what they have written, pick of a line or two that I could relate to, and write them a message talking about what they liked. For example if someone mentions that she loves to travel, I would start my message by saying that I enjoyed travelling too, and the different countries that I have visited. I would then end off by always asking a question too, which in the travelling case would be which countries that she has visited before.

That was my modus operandi. Out of five messages I send out, I would usually get one or two replies, which was good enough for me. We would talk about the usual things in life, what we were doing, why we were on the dating site and other details about each other’s life. And if I am lucky, the girl would agree to give me her phone number. Or perhaps her Line ID. We would then chat there for a while, and if I am luckier, I would be able to ask the girl out on a date. That was usually how it went.

Most of the time however, the “relationship” dies off as fast as it started. I guess it’s because how online relationships are shaped. Without something to bind us in real life, without a shared space, ignoring a message becomes easy and with so many other choices out there, moving on to the next person becomes even more easier. It was like speed dating, where you’re constantly moving through different people, hoping that one of them would trigger a spark.

So I kept sending out messages to different girls, watching my inbox slowly fill up with replies from different people. There are those who stopped after the initial pleasantries, where the message did not progress beyond the “Hi”, “What are you doing?” and “How was your day?”. There were however, one or two at any given time where we find ourselves continuously talking, sharing about everything in our lives. Those messages I looked forward to, that make my heart jumped a little every time I see a reply.

A few days after the incident where got I got left alone, a second girl said she did not mind a dinner with me.

P/s: Wanted to write 2000 words today, but my extremely busy day at work prevented me from doing so :(