The Dota All Hero Challenge #Day24: Just a little DC and no recorded stats 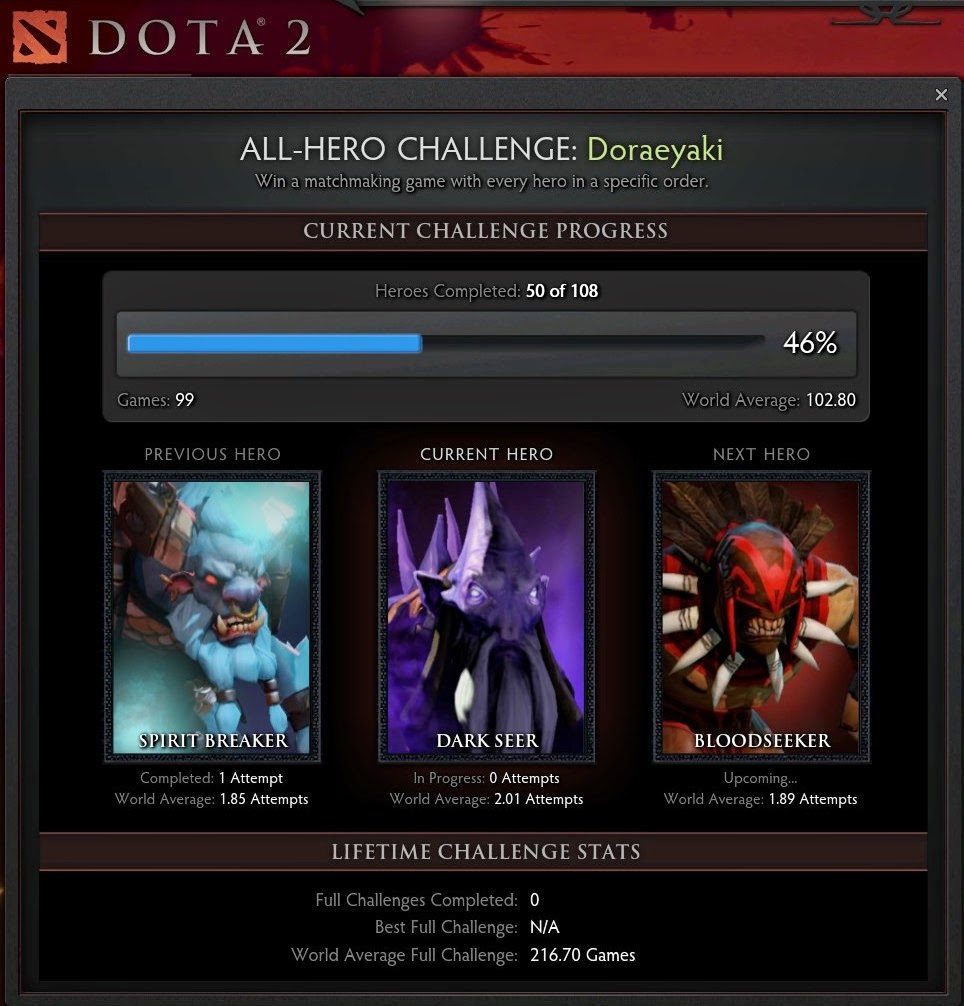 A friend once told me that the SEA region is looked down upon by the Dota 2 realm, which includes the developers and sponsors. I never believed that friend, until the ginormous lag spikes and mass disconnects and server instability that has been going on for the past few days. I don't know if the other regions are experiencing the same thing as us here in the SEA servers but when you consistently face connection problems in more than half the game you play, something is definitely wrong.

In my experience, while attempting to clear my Spirit Breaker and Dark Seer challenge, more than half the games I played had mass disconnects that resulted in no stats being recorded. Especially frustrating when your team has been winning like mad. And I don't know if the two things are linked, bur somehow replays are unavailable for the SEA players too that I asked too.

I don't know if Steam is going to do anything about this, because they have been awfully silent on it (a search on Google only turned up some random forums), but at least I'm almost at the halfway point, so I guess I got this going for me, which is nice.