The Dota All Hero Challenge (Day 5): Slark and Meepo 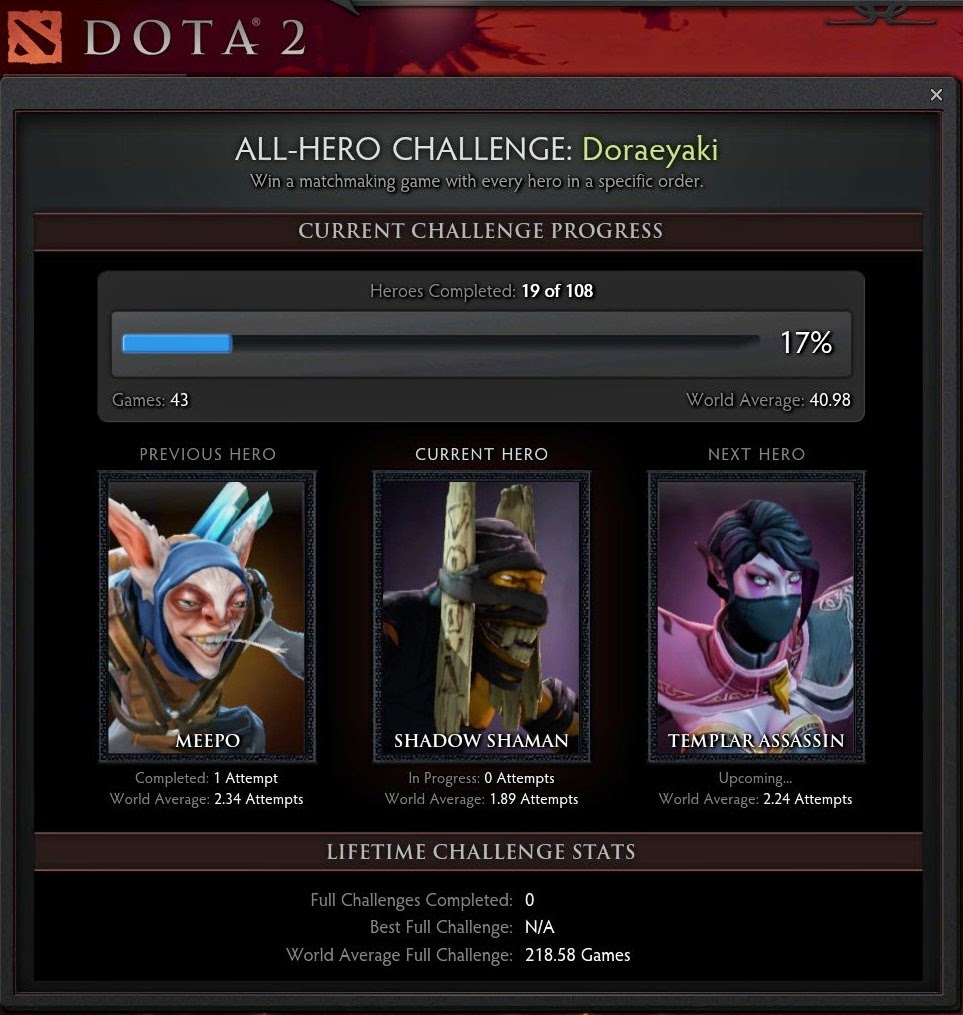 My first game as Slark was a game made in hell. Thrown at the top lane alone against Legion Commander and Shadow Shaman, I was unable to farm at all, constantly staying behind, afraid of the shackle that may come. But still I held on, believing that as long as I don't die, Enigma, Nature's Prophet and Earthshaker at the bottom lane would chip away at their defenses. But it proved to be too much of a hope. My first mistake came when I made the jump at Legion Commander, unaware that Skywrath had teleported to the top. And I learned painfully that Slark can never engage alone without solid backup.

Team fight after team fight, all of us died horribly. The fact that Earthshaker was shouting into the mic constantly with his Tagalog accent did not help too. In the end, my score was at 0-7-5. I was a goddamned feeder. Deeply ashamed with myself, I pondered if I should just stop. But somehow my finger still pressed the search button.

The second game went much better. Instead of constantly shouting in Tagalog, my teammates roamed and ganked. We pressed the opposition, made them on the defensive. In the end, we won, me with a score of 4-4-16. Not too bad, at least I cleared the challenge.

My last game with Meepo was the teeth grinding game. For almost an hour the game hung in the balance. Their middle lane was down, a straight path to the Ancient. We tried and tried. The bottom lane, smoking to the middle lane to try and take down the ancient. Time and time again we got wiped out. There were moments when we wondered if we could actually win it. I wondered if we could win. Because every time I went into team fight, my brain switch into panic mode and I keep forgetting to tab tab tab to switch between the four Meepos. But somehow we won. During the last engagement, we smoke and Ancient rushed, and I only had one objective in my mind: HIT THE ANCIENT.

As Tidehunter blinked in and unleashed his Ravage, I kept the objective burning bright. I spam clicked the Mekansm. And as my teammates rushed off to chase the opponents away, my four Meepos with their Assault Cuirass just kept hitting. And who said that too many Meepos is bad?

Next up, Shadow Shaman.