A lot of people are saying a lot of things. And after two friends posted really long comments on one of the articles I shared on Facebook, I decided to have a self-debate. Where I debate with myself on the pros and cons of the ice bucket challenge. And here are some points I thought about (lazy to put sources to links, it's all over the internet anyway): 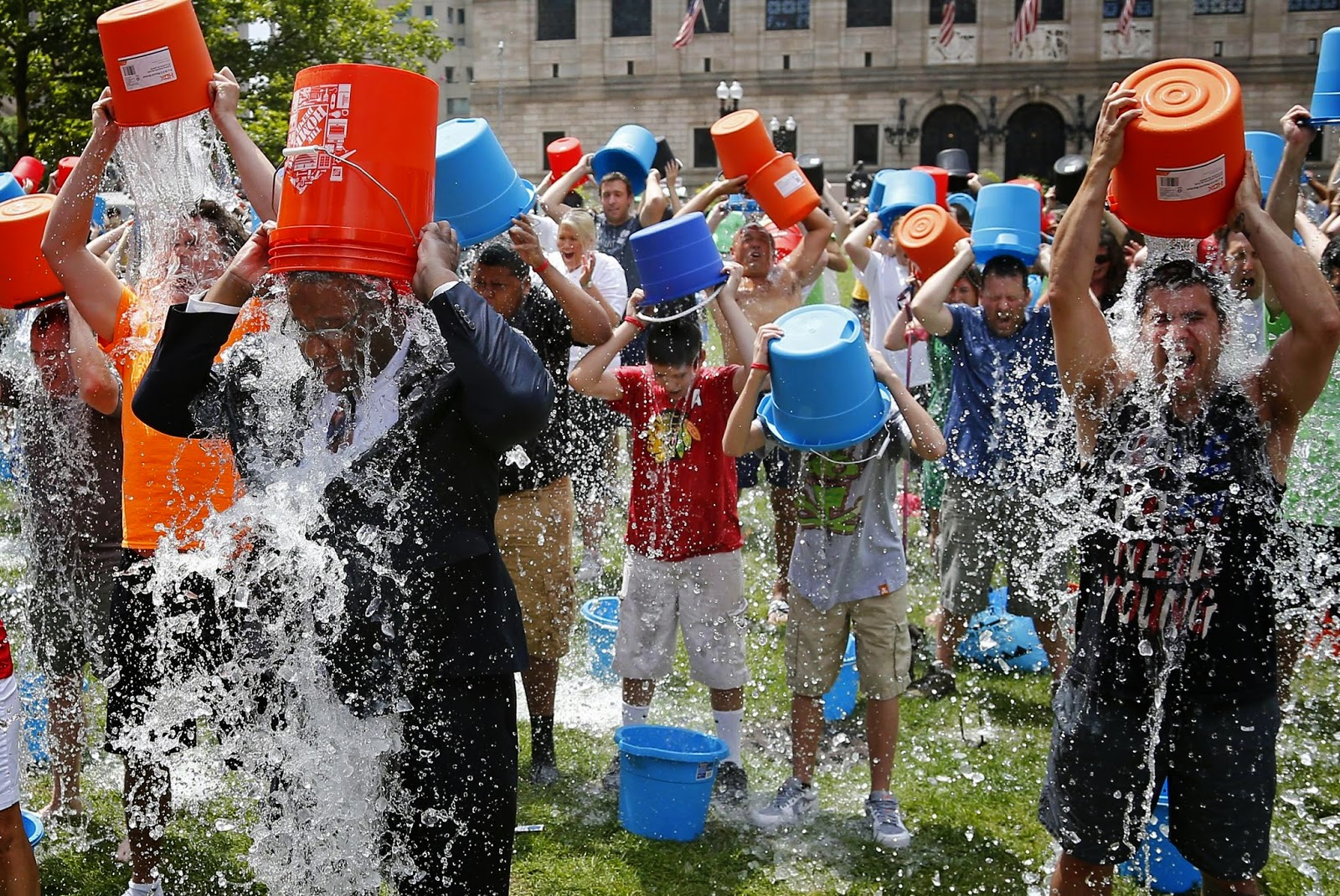 Why you should do it:


1. It spreads awareness. In the past few weeks there has been more of us who have been exposed to this disease called the ALS than the past few years combined. It educates us on the disease, and it prompts some of us to seek more knowledge on it

2. It is effective. More money has been raised for the foundation in the past weeks as compared to a similar time frame before the challenge. The ALS foundation IS getting increased donation as a direct and indirect result of the campaign.

3. You're doing something good. Rather than just sitting in front of a computer typing a useless blog post, you're actually out there encouraging others to do something good as well. Plus the money will be channeled into changing other people's lives


4. More likes! More attention! Come one, lets face it. As much as how some of us say that it's for charity, wanting to follow the trend and getting noticed plays at least a small part in us taking up the challenge. I mean if you are really sincere in donating, you won't let the whole world know right?

5. It sorta encourages friendship. Like when you challenge each other and stuff, and when you need help for your friends to complete the challenge. There's some degree of teamwork involved. And it also opens up the chance for you to prank people

6. It's fun! I mean how often to you get a chance to pour ice on your head in the name of charity?

7. People who are complaining are probably forever alones anyway, who didn't get nominated for the challenge. Which is why they're complaining 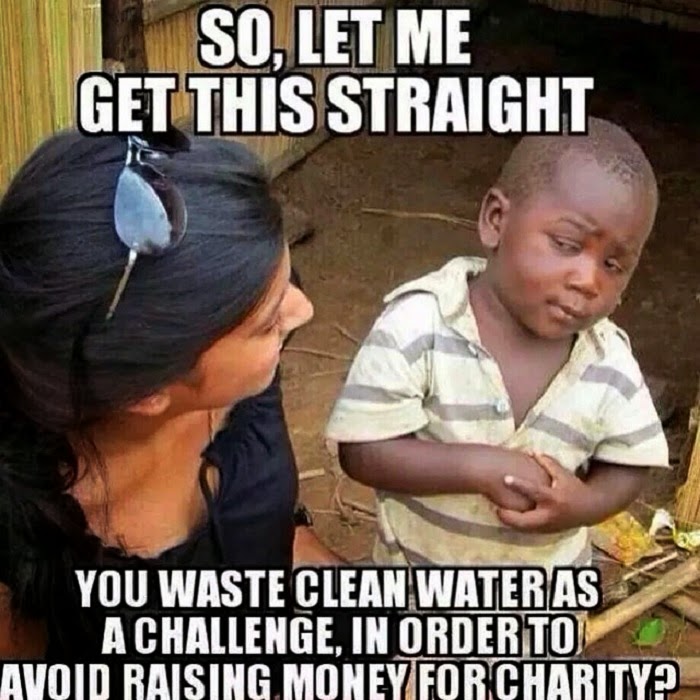 Why you shouldn't do it:

1. Isn't the whole premise a bit confusing? You get challenged, and you either pour ice or donate. So essentially by pouring ice, you're not donating. But if you donate, you're not raising awareness. Sure you can do both, but isn't this like completely different from the original campaign already? Ah, what the hell *pours ice anyway, and donates, lest someone claims that you're only doing it for publicity purposes*

2. With Ebola spreading like mad in Africa, ISIS killing tons in Iraq and Syria, and a whole loads of other diseases and poverty left unsolved, and here you are talking about ALS? Sure ALS is a debilitating disease, but how many people are afflicted by the ALS as compared to other more potent and infectious disease around the world, or other man made causes like poverty or lack of clean water (irony alert)? Shouldn't our priorities be where the most help is needed instead

3. Are you sure that the money you're donating will all go into ALS research? And how much of it will translate into measurable outcome? How many years of research have you accelerated with the money? Or it didn't make much of a difference anyway?

4. Is it me or has the ALS challenge become something where you see someone doing the challenge and attempt to top it off by being more creative/outrageous?

5. Just because everyone is doing it so you must do it? Haven't you heard before about standing out from the crowd and not giving in to the craze?

6. It's too much work anyway. For something that doesn't really last. Not your fame nor your donation. It don't equate. I mean originally I thought by pouring ice on you, you would experience what it's like to have ALS and that would make you sympathize and would want to donate, but that seems to be not the case lately 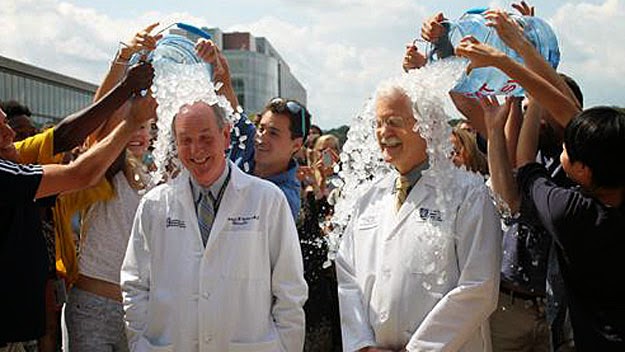 So it's 6 reasons for and 6 reasons against. Which one would you choose? The red pill, or the ice pill?