1. I'm feeling lazy. But I have to post something. So here goes my post-first-official-blogger-sponsored-trip unofficial post. See if you understand that

2. I don't know what came over me, but I actually made it alone on a blogger's trip even though every ounce of myself wanted to bail on the last minute on the trip. Because I dreaded every part of the socializing #nerdyguyproblems #introvert #excusestobeantisocial

3. But still I preserved to the end! And made it back alive. And gained some friends in the process. I think.

4. Anyways, to recap, in case you're not following my Twitter, Instagram or not my Facebook friend, I got invited to Malacca as part of the Julies Bloggers Trip, where we are shown how Julies Biscuit are made, right from the start.

5. In addition to that, we are also introduced to many of the work that Julies Biscuit has been doing, which was quite an eye opener. Of course, there's an official post coming up (because this is the lazy version), so stay tuned for that.

6. It was the first time that I get to enjoy a fully sponsored trip as a blogger (finally getting famous hohoho), so naturally I was really thrilled. Here I have to express my sincerest gratitude and thanks again to Perfect Food Manufacturing, the parent company of Julies Biscuit, for having faith in choosing me as one of the bloggers for the event. Again, more on that in the official post

8. Anyways, in addition to getting to understand the whole process of making a biscuit and the effort that goes behind Julies Biscuit, the 17 of us bloggers were also treated to a one and a half day tour around the historical city of Malacca as well, which is like the birthplace for Julies Biscuit

9. It was actually my third time in Malacca this year, which my mum will be so angry at, because I only visited my hometown once this year.

10. Because I have been here before, instead of happily walking around the historical sites like I always do in a new place, I actually came here with another purpose: INGRESS

11. I actually managed to turn an entire area green, save for two portals which I have no idea how to reach.

12. Note to self: When Ingressing under the hot sun, wear sunblock. Or else you'll end up like this:

13. Another reason why I was under the hot sun was because this time round, I actually have a DSLR with me. So I went around Malacca capturing photos. So here's Malacca in pictures:

14. Christ Church, one of the oldest and most iconic buildings in Malacca. Erected by the Dutch, I think. Painted in the iconic red that signifies the city 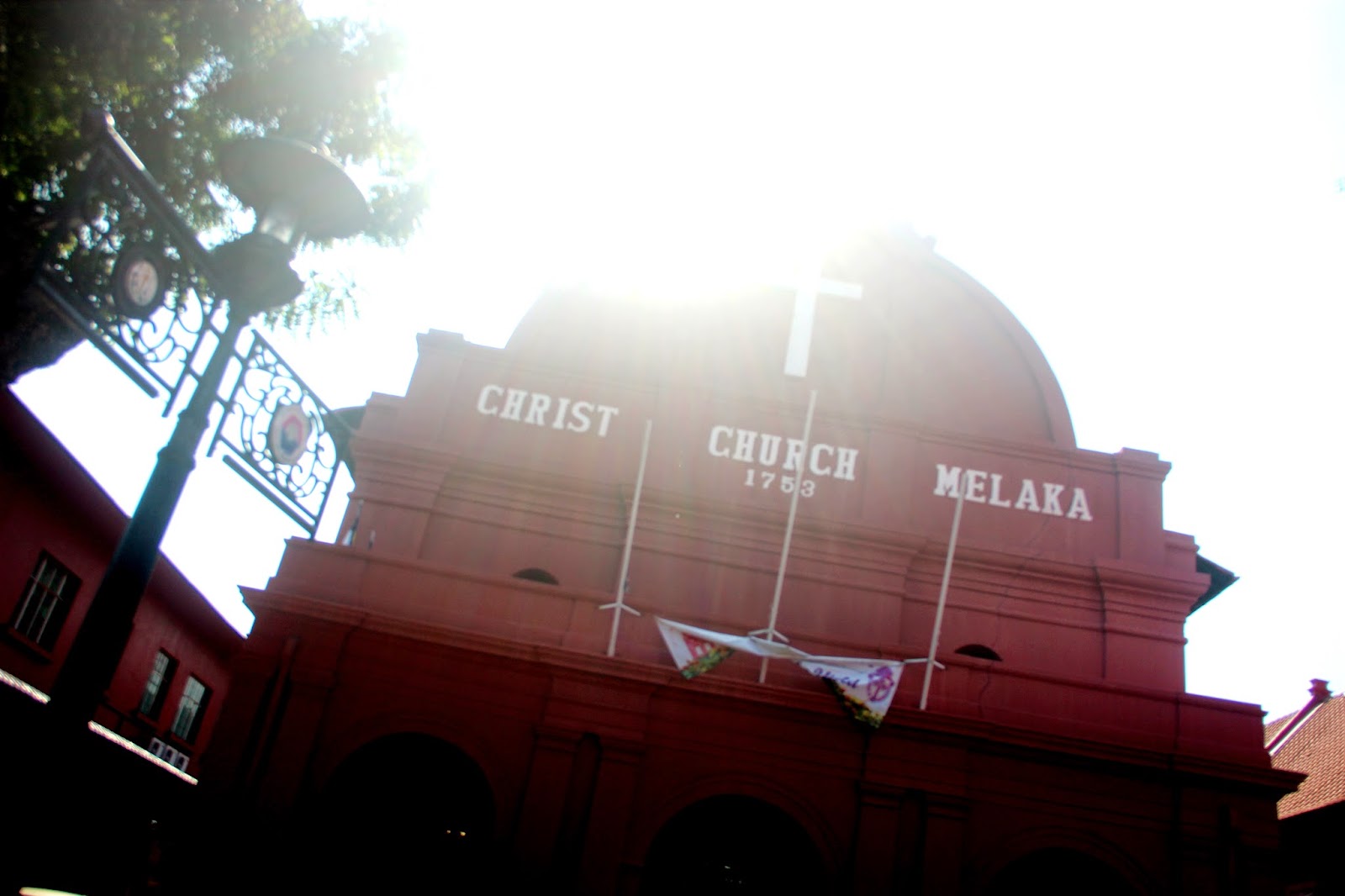 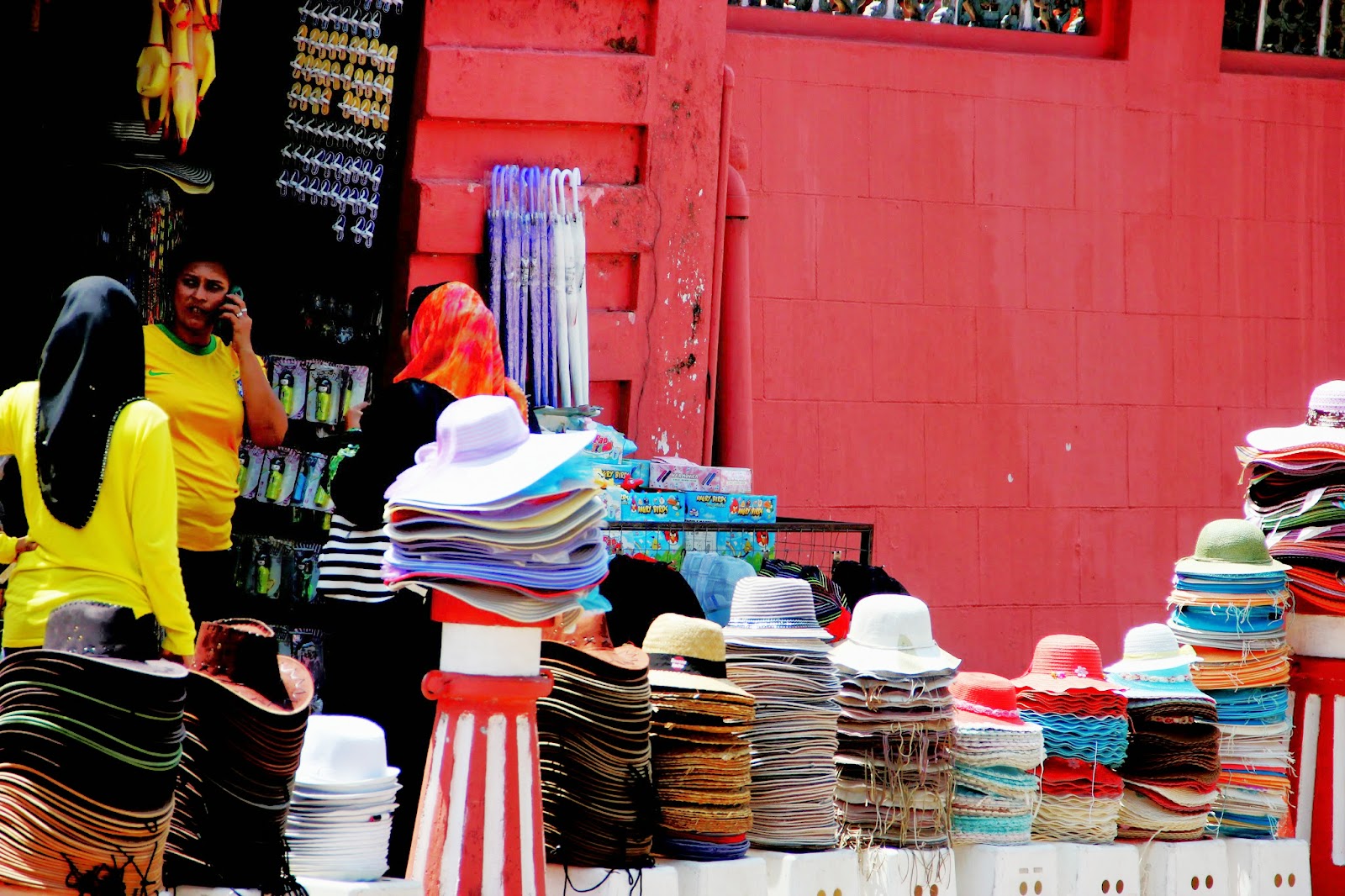 16. Of course, there are street performers as well, filling up the historical sites with their songs. I caught this uncle at the ruins of St Paul's church, serenading passers by with his Filipino songs 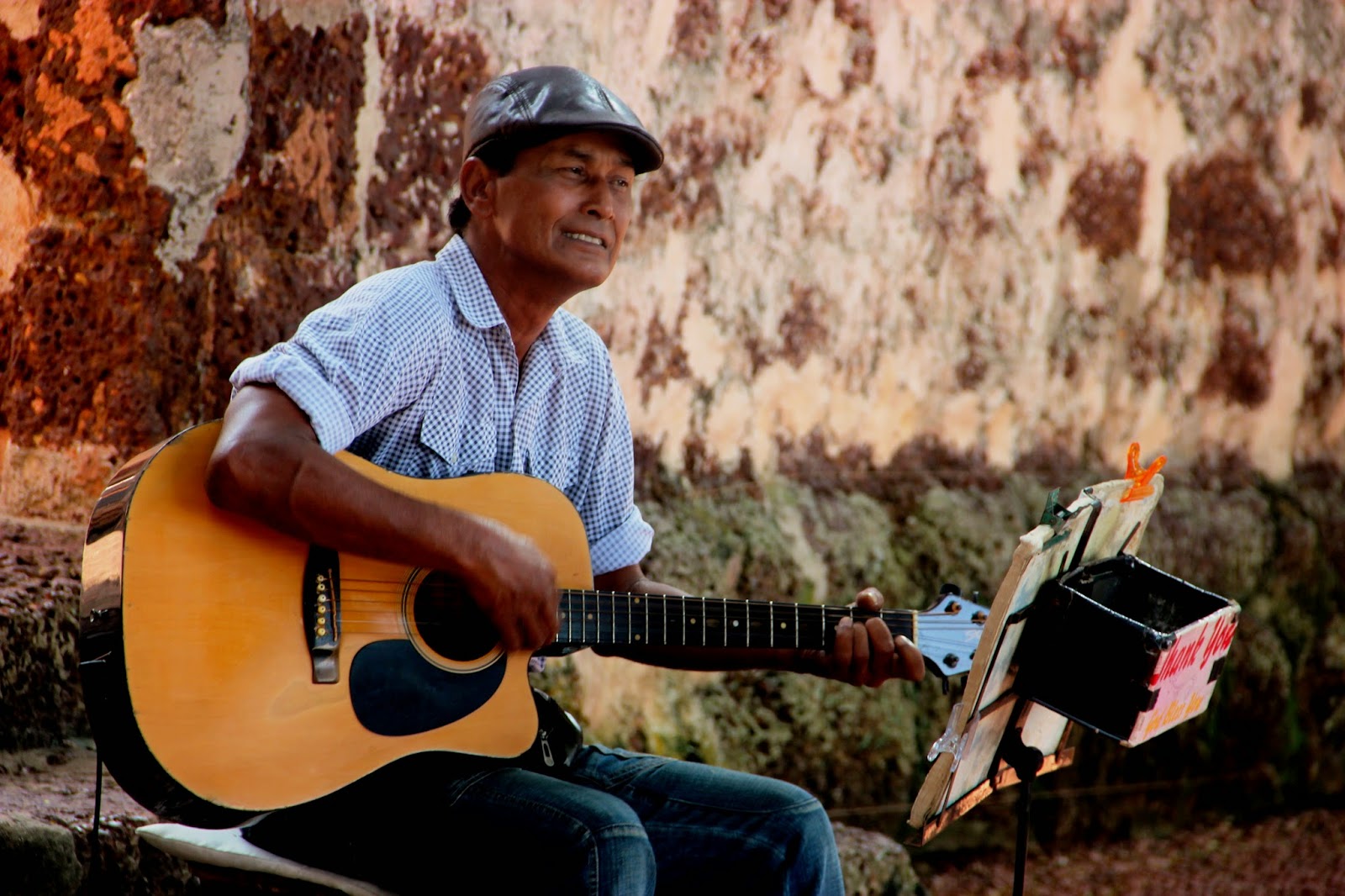 17. Of course, you can't forget the trishaw drivers, who line up the streets with their beautifully decorated trishaws, blasting out their own music from portable speakers attached to each of their ride as well. I have yet to experience one though, even though I keep wanting to 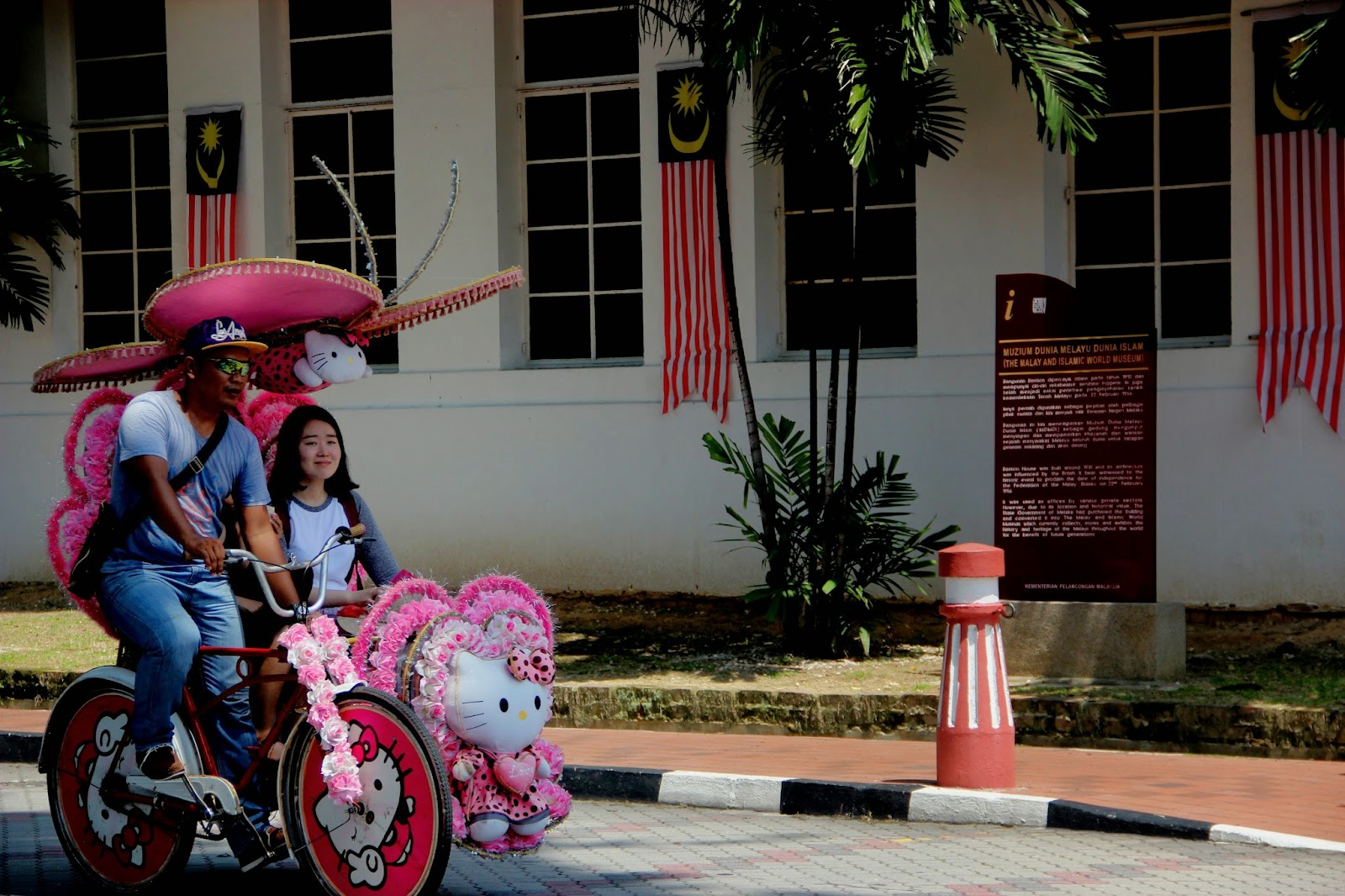 18. Of course, lets not forget A' Famosa or Forta De Santiago, the Portuguese fort that is literally the image of Malacca. Did I get the name right, btw? 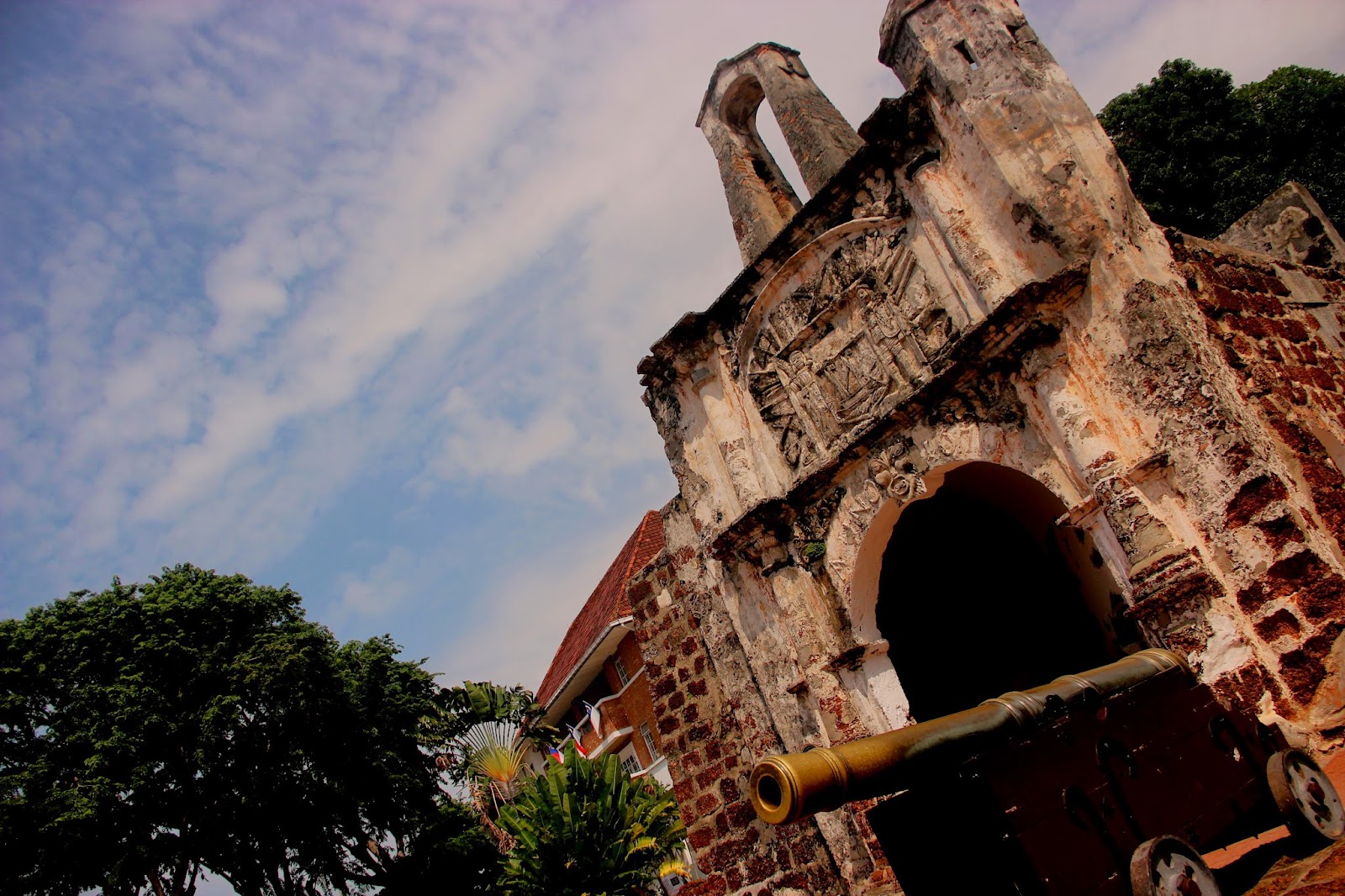 19. And hey, flowers! Taken near the Malacca palace museum 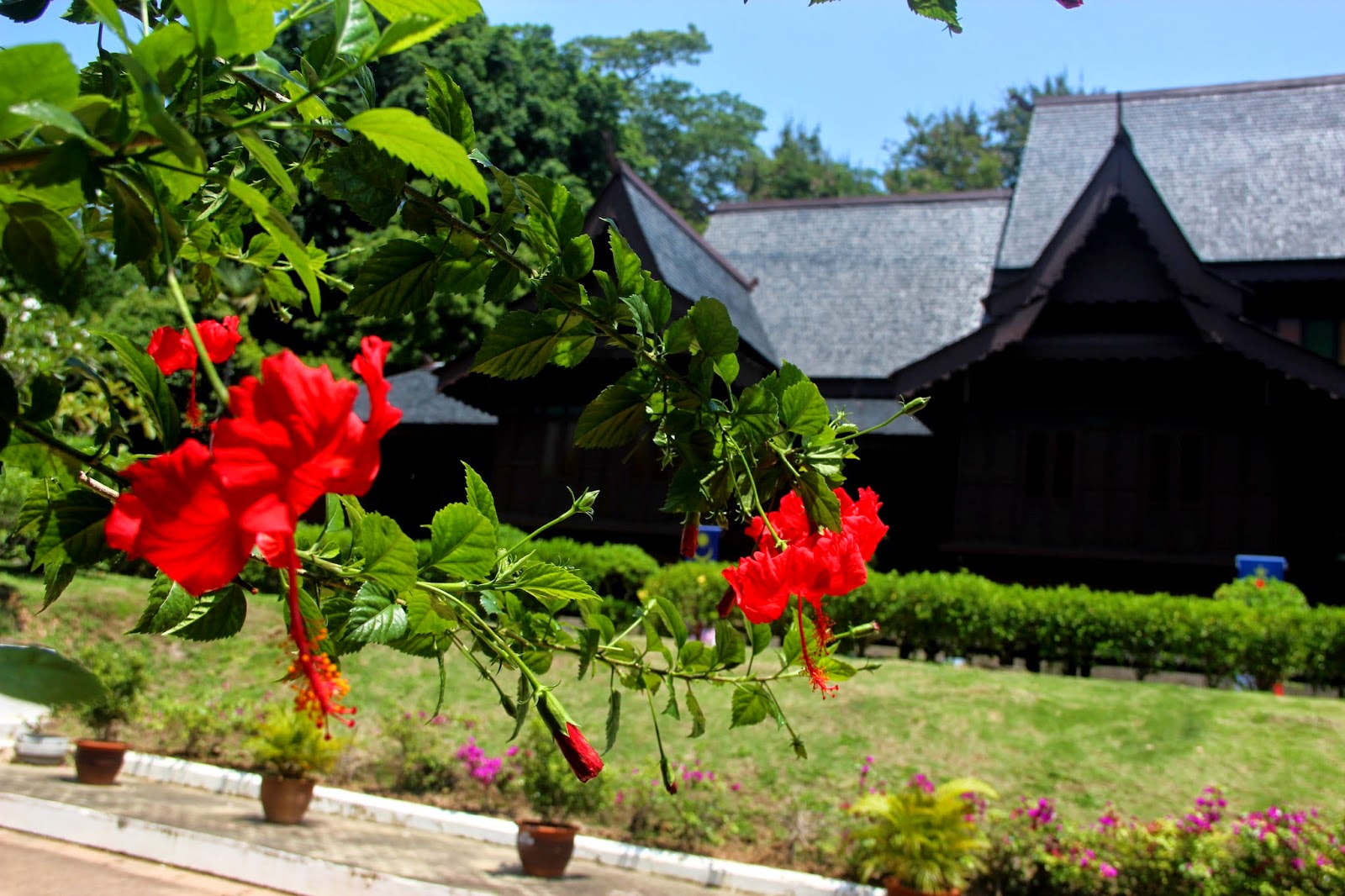 20. And oh no, time to sleep. Hopefully tomorrow I'll be able to finish the official post soon! And oh no x2, Monday. Which means I have to go back to reality.