When a conflict gets simplified into we vs you

I have watched with interest the response of the people I know to the conflict happening between Israel and Palestine. My newsfeed has been filled with responses towards the conflict, most of them really strong responses, that it makes me shudder to think that some of my friends were actually so angry inside. Hailing from a Southeast Asian country with many Muslims, most of the reaction has been anti-Israel, but there are those who support Israel as well. 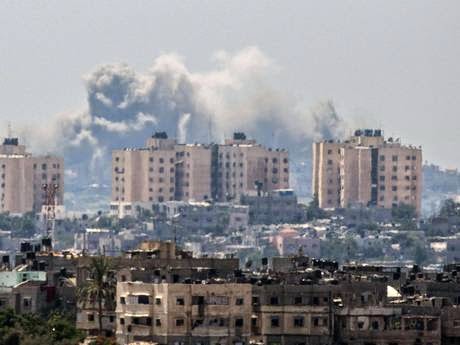 But despite what your allegiance are, by the end of the day, you're either in one camp or the other. The boundaries were clearly drawn, with one side obviously being the bad guy, and the other being the victim. No matter what they done, once the perspective was set, everything that they do is wrong. Israel is the oppressor, while Hamas is the terrorist. Or Israel is merely defending themselves, which is the same as Hamas as well. One is clearly right, the other is clearly wrong, no debate about that.

For majority of the commentators on the web, you're either with them, or against them. There's no middle ground to discuss the issue. It's just purely right or wrong, black or white.

I think one thing dangerous about adopting this mindset is that how it oversimplifies a issue that has been in decades in the making. The Israeli-Palestinian conflict is not merely a Jew vs Islam conflict, and neither a nation versus terrorist organization offensive. But our governments and the authorities all around the world have been quite content in just simplifying the issue to the masses in order to rile up support, and we the masses merely took in the information gladly without questioning the roots of the conflict, and all the factors that surrounds it.

In Malaysia for example, the entire conflict is merely viewed as the Israelis trying to rob the Palestinians of their rightful home, Muslim homes, and if you are a Muslim, you are bound by duty to support the Palestinians. Go against the mainstream thinking and you'll find out the hard way how fast you will get labeled as a traitor, a zionist, anti-Islam and other colourful words that they could think off. The same is in the west too. Support Hamas and you'll be labeled as a terrorist sympathizer and that Islam doesn't really need sympathizing.

However, can the conflict be merely simplified to such a dichotomous viewpoint? That Israel is merely oppressing the Muslims (which boils into the West threatening Islam rhetoric) or a terrorist organization merely trying to kill innocents?

No, not really. The issue is far from that. In fact, it is far from the rhetoric that the authorities try to brainwash you with. It's not a Jew versus Islam thing, and it's not a terrorist activity thing. To those that say yes, I would urge you to at least finish reading the Wikipedia entry and to digest all the facts inside it, from the formation of this new nation called Israel in the 1940s before you make a judgement. In fact, I don't think many of the people who cry for blood on social media even know that it was World War 2 and the Holocaust that contributed a huge influx of Jewish refugees into Palestine, and it was the UN who passed the motion on the formation of the new nation.

The entire history itself is way complicated, and I shall not attempt to delve in here because that would take a whole encyclopedia to finish. But my point is this: The Israelis didn't go in guns blazing to demand the Palestines out, they were kicked from every country that they know during the second world war period, and lacking a place to stay they flocked to the Israel. The British, lacking a proper plan and wanting a quick exit, simply agreed to letting the Israelis stay. And that was how Israel was roughly form. During the early years, they were simply looking for a home, rather than having this goal of eradicating Palestine from the map.

Of course, I won't attempt to argue that what Israel did was completely right. They did react aggressively more often than not, causing the loss of many innocent lives, but what I am trying to say here is that this ongoing conflict is the result of complicated combination of factors. Not every party is without fault here, and neither should any party be fully blamed. You, me, Israel, Palestines, the Arab world and the world at large all have a role to play. Rather than just looking at it as a mere religion or you vs me issue, take a step back, and try to see the larger picture.

Unlike most out there, I won't try to impose my views unto you, but I implore you to think for yourselves. To try to understand how the conflict is happening, the reasons behind it, and not let someone with other motives try to tell you their one sided story. Because using sob stories and religion is the easiest way to gain support and to rile people up, but being responsible human beings, we must be able to think for ourselves, to weigh both sides of the argument, and to make our own decision. Don't just take one side because everyone else is taking that side, constantly question your beliefs to see whether they are right or wrong, and never be afraid to consider the argument of the opposing side. Because the ability to think for ourselves is what makes us humans. If we allow our emotions to be easily manipulated by those on top, what makes us difference from mere machines, or even animals?

Remember this, there's always two sides of a story. 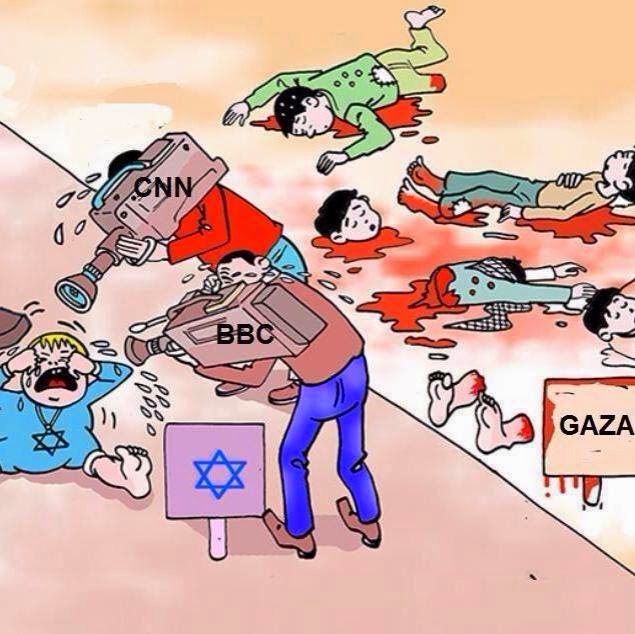 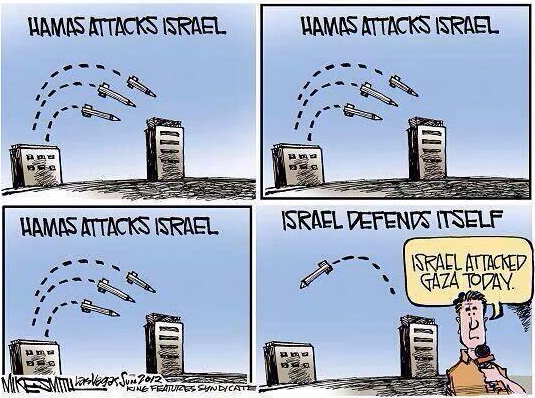 I agree that what I said may be too idealistic, but at least this is what I felt when reading this entire conflict. Where it is a problem defined by nationality, politics and economics, it is now merely a Islam vs Jew conflict as seen by many, and as long as you're a Muslim, you're obliged to support the Palestinians. That's like saying that as long as you eat vegetables, you should join the PETA fight in banning meat. No link