The Most Suitable One 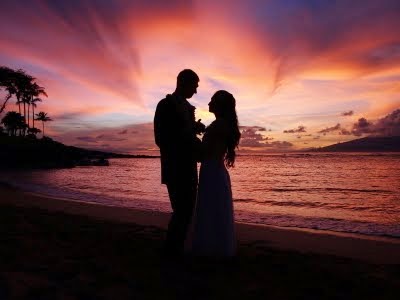 I used to believe in the idea of a perfect soul mate. That somewhere out in the world, there is only one person that is made just for you. As if that when God created us, He created us all in pairs, and that at the end of the day, it is our destiny to be reunited with our pairs and live happily ever after. Quite a romantic idealistic viewpoint, don't you think?

It's very easy to see actually how the perfect soul mate does not exist just by looking around you. Tons of people get into divorce, tons who end up alone and lonely as well and there are those who get into a marriage only to realize that the person whom they married isn't whom they expected it to be.

There's no such thing as the perfect one. There will not be a person where all of her/his qualities and traits will match perfectly with yours, and that once you get together, it will be a smooth and obstacle free journey. There's no such thing as a forever happily ever after. What you can pick instead, out of the many people who actually makes an appearance in your life, is the most suitable person that you will spend the rest of your life with. The most suitable person meaning that instead of someone who fits your perfectly, you have someone who somewhat fits you. Though there will be areas where you cannot seem to agree with, the person is the one whom you choose to be with, the one whom you said you will commit to despite hiccups here and there, and to make it work.

I don't know, but at least that's how I think it goes. That life would give you a range of people whom you can be with, instead of a perfect one, and you must make a conscious decision of whom to spend the rest of your life with as well. Far from perfect, but at least it's real. Better than living in a make believe world, where you're in a relationship with someone whom you cook up in your mind, instead of the real person itself.

The perfect one? Nothing but a concept use to bluff you to make you happy when you're in a relationship. Or hopelessly single