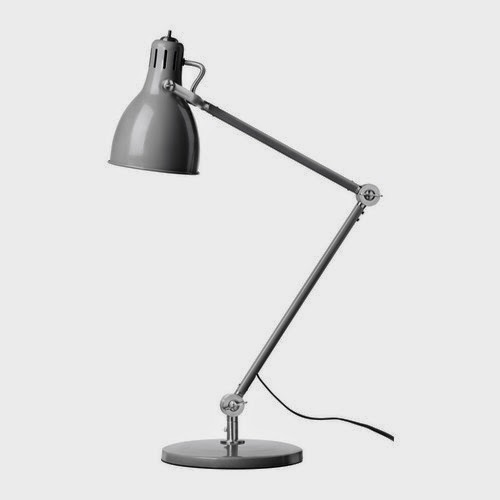 And so the lamp stood guard by the table where it was born, discovering day by day the wonders of the world it was born into, through the books that was brought to the table by this weird looking creature. It was much bigger than the lamp, and it had more parts to it too. It had this two long cylindrical shaped part for walking, and another two for taking stuff. At the top of its body it had a head, much like how the lamp does, only that it has more features to it, and did not emit light. Rather it produced weird vibrations in the air, felt by the lamp's body, but yet not understood as the lamp was no blessed with ears.

It was through the books that the creature brought that the lamp begin learning language, picking up the strange patterns of vertical, horizontal and even curving lines that seemed to be communicating something. After a while the lamp was able to read, and before long it began to devour the information that was presented through the books hungrily.

There were different books, the lamp found out, some that helped the lamp to refine its mastery of this mode of communication called the English language, while others told the lamp about the world that lies beyond the table. There were pictures too, of many strange objects and places that the lamp has never seen before, looking almost alien to the lamp. The lamp wanted to see what those places are, but at the same time the lamp was fearful of what lies beyond the table.

From the books, the lamp learned that the creatures that owned him were no angelic creatures, as their history has been filled with them trying to kill each other. These creatures, called the humans, as the lamp soon come to learn, seem to be suffering from a chronic case of existentialist crisis. While the lamp still had no idea where it came from, it knew of its purpose, which is to give light. The humans, on the other had, seemed much more confused than the lamp.

They spend a lot of time of their life trying to win the approval of others while wanting to be better than the others at the same time, and most of time differences are resolved through violence, discrimination or persecution. It seemed that the humans had this fear of existence, or rather fear of having no purpose in life, and they try to mask it through various struggles such as religion or politics. Both sounded confusing to the lamp too, as it seemed to him to be more of a tool to divide than to unite.

"How dark they seemed to be," the lamp thought to itself. Insecure too, it added. With their constant seeking for approval.

The lamp wondered if there was other lamps like it, and one day, when the creature was not in the room, the lamp decided to break free. It jumped from the table out from the window, and fell one storey down to the lawn below. It landed with a soft thud on the grass, and that was the first time the lamp felt the soft earth beneath its flat base. It started hopping around happily, the first time it was feeling happy, wondering what life has in store for it.

However, its excitement was short lived, as the humans who lived nearby spotted it soon after. Before the lamp had any opportunity to react, it was kidnapped by the other humans, who thought that a hopping lamp would make them tons of fortune. They had grand plans for the lamp, who had its freedom ended abruptly, as soon as it started.

For years after that the lamp was forced to live captivity and as a slave, never again able to step foot on the brown soil of this place called earth. And that is the story of how the Pixar lamp was born.