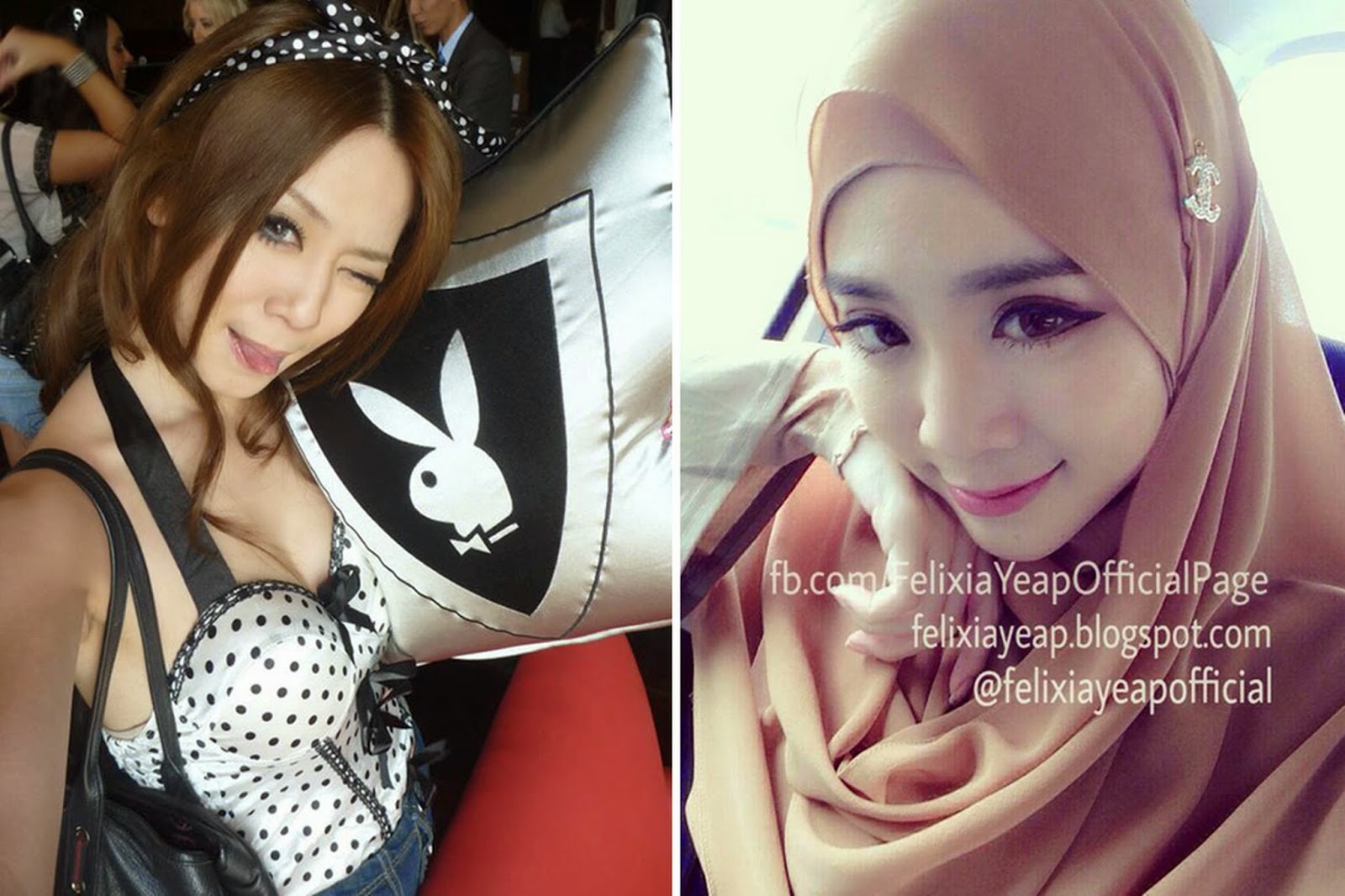 KUALA LUMPUR, 7 July - Following the overwhelming attention that was given to former Playboy bunny Felixia Yap's conversion to Islam, the National Registrar in Malaysia has been recording a sharp increase in non-Malays wanting to convert into the religion all over the nation. Traditional media as well as the internet has been filled with discussions about Felixia's "rebirth" into Islam, ranging from congratulatory messages to questions relating to her motives. However, Felixia's conversion seemed to have influenced caused a sharp rise in conversion into Islam all over Malaysia, particularly with the younger girls generation.

When asked by survey teams, one of the hopeful converts, Wo Yao Ming, said that when she announced her decision to convert into Islam on her Facebook page, she has received more than 100 comments on her status and thousands of likes, until she had to create a separate Facebook page to deal with the onslaught of questions and comments from her friends and friends of friends.

"Some of them were really supportive, while others were really harsh, but I think that as long as they are talking about me, I am happy," she said, before proceeding to take another selfie with her pink hijab, which she said was newly bought for her upcoming conversion.

Another convert hopeful, part time model Zhen Yao Hong, said that she has already received numerous invitations to speak at dinners and also interview requests in regards to her conversion.

"Before this I was really struggling hard to find an assignment as a part time model, but after posting a picture of me in the hijab a few times and saying that I wanted to convert, I have received numerous offers to pose or hijab commercials all over the country. A few NGOs also contacted me and asked me to talk in their events about how I renounced my sins and embraced Islam, and even offered me money for it," she said, before adjusting her also brightly coloured hijab.

In response to the increase of non-Malays converting into Islam, there are already plans by the government to produce a documentary to chronicle the lives of those who converted into Islam, focusing on their journey in Islam. The goverment also plans to set up a committee to encourage more people into Islam, allocating RM 2 billion into the effort. When asked how the 2 billion Ringgit will be used Deputy Minister Datuk Makan Duitudin said that it will be used to build mega complexes where convert hopefuls can sign up at, in addition to school programmes to teach the students the beauty of Islam, in addition to the already compulsory Islam history lessons.

However, not everyone has been treating the news of the mass conversions positively. The president of the Malay NGO Pekatsai, Datuk Ikatakhim Ali, questionnaire the authenticity of such Muslims, and insists that hijabs and songkoks be reserved for only original Muslims, which according to him are those who are born into it since birth, and has a slightly tanned complexion.

Some Malaysians, on the other hand, mentioned that they could not be bothered with all the hype surrounding Felixia's conversion, saying that a person's faith should be an individual matter, and that they have more pressing issues to worry about, such as a bread costing RM 5 a piece nowadays.