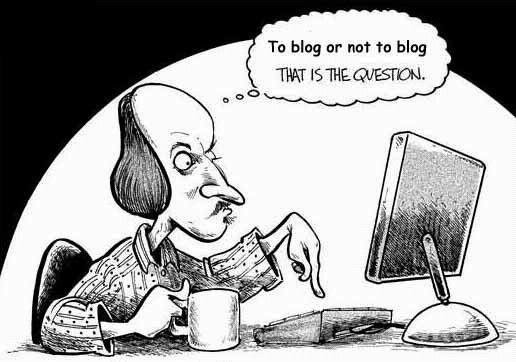 I have once wanted to be a popular blogger before. Or celebrity blogger. Whatever you call that. I remember sitting one day in front of my computer. back in Malaysia or Singapore I can no longer remember, but a friend showed me a link. It was the early days of Facebook, if I am not mistaken, and a friend posted a link to the once famous Kenny Sia's blog. Or I sorta clink on it from Friendster (do you remember Friendster? Oh that was good memories, spamming testimonials and all just to impress girls).

Well, anyway, if you don't know who Kenny Sia is, he used to be the king of bloggers, hailing from Sarawak, Malaysia. Yes, our own Malaysian version of Xiaxue. To be honest, I think he quite rivaled Xiaxue back then, and he was rumored to be the king on the throne, while she the queen. Sadly, or happily, depending on how you look at it, he quit the blogging arena. Sort of like retire from it, if there's such thing, and went to start his real life business, a fitness chain.

But it was that post of his that propelled Luke into the exciting world of banging your keyboard to express your thoughts to the world, or otherwise known as blogging. I mean 11 000+ ringgit? That was big enough pull as it is. My first thought when seeing that picture was, "Shit, why can't I do that?"

And attempted to do that, I did.

Of course, I did have other purpose of blogging before stumbling unto Kenny Sia's post. It was all vague now, but I remembered that I had a Friendster blog before moving to Blogspot. Ha, Friendster. And my English back then? With all the dotdotdots and hahahas (hahaha.....) back then, I think the me today, even with all my grammatical errors would just roll over and die. And somehow I loved colourful fonts too. Like switching colours every paragraph.

But most importantly, I think that the reason I started blogging was because I wanted to change the world. Cliche, I know, but that was how I envisioned it. Brave and bold Luke, sitting behind his computer, penning out his marvelous and original thoughts, in an attempt to make the world a better place!

Which was my early posts looked something like this:

To help defend my younger self, the idea made a lot of sense at that time. I mean after all I'm the only idiot amongst my 16 year old friends who is wondering about the purpose of life while they were busy making out with their girlfriends in the cyber cafe (lan shop) toilet, so naturally I wanted to share the idea out. Or sorta comfort myself that I'm not the only one who thinks that life is too precious to be wasted showing off how many heroes you can kill in DOTA or how many girls from the various school you can bang. Of course I still very much wanted to lose myself in the trend, but obviously I can't, being a full fledged stereotypical quiet studious boy as portrayed in many Hollywood films.

So I lose myself in writing and blogging. Or at least feeble attempts of it. In hopes of being something greater. Which in hindsight did not work out so well because I'm nowhere near my target or my dreams after eight long years while tons of others have already succeeded. I don't know why I still persist, but that's my origin story. Like Lukey: The Origins. Maybe one day if I do get famous, I will use that as the title for my autobiography.

Fast forward a few years later and I am in Singapore, the land of vibrant blogging. I remember reading Xiaxue's post in awe and having my second Kenny Sia moment. That I must be as famous as her and live as a blogger. Like literally live by blogging. That was my aim.

So I went full on with my blogging. I tried to copy their style of writing. Experimented with my own. Picked up Photoshop in attempts to make my posts more interesting (and eventually giving it up because I am not rich enough to buy the original version and the cracked one always kills my computer). Joined lots of competition. F&N, Cathay Cineleisure, Standard Chartered's World Coolest Intern, and the pinnacle of everything (or at least my pinnacle of everything): The Singapore Blog Awards.


It was the high time of my blogging career, that you could say. I won an iPad, a Motorolla tablet and got chosen as a finalist for a ton of competitions. My best one was perhaps Standard Chartered's WCI competition. I remember sitting in a room full of budding entrepreneurs, social media gurus, and a whole bunch of awesome people and feeling out of place. Like way out of place. Here are a bunch of high achievers, vying for a 5000 SGD pay per month job, and I'm just like what, a rambling teenager who haven't even finish his puberty yet sitting there quietly, with a chili padi in my pocket.

Yes, I brought a chili padi to the meeting because we were told to bring an object that signifies us. And I chose the chili because I thought that though I was small sized, don't underestimate me because I can be quite fiery as well. So much for being fiery when I turned out to be as timid as a mouse in the end. Sitting in the corner, intimidated by everyone. I clamped up. And it was there where I learned my first painful lesson, that would eventually lead to the painful truth: that I'm not fit for this blogging world.

Don't get me wrong, it's not that I'm emotional or something, but I found out that the blogging world, at least the one in Singapore, isn't for me. Or to put it more simply, my personality does not suit the one that is required here. I don't like the system here. Perhaps I've tried to fit in and failed, so I naturally grew a dislike to it. 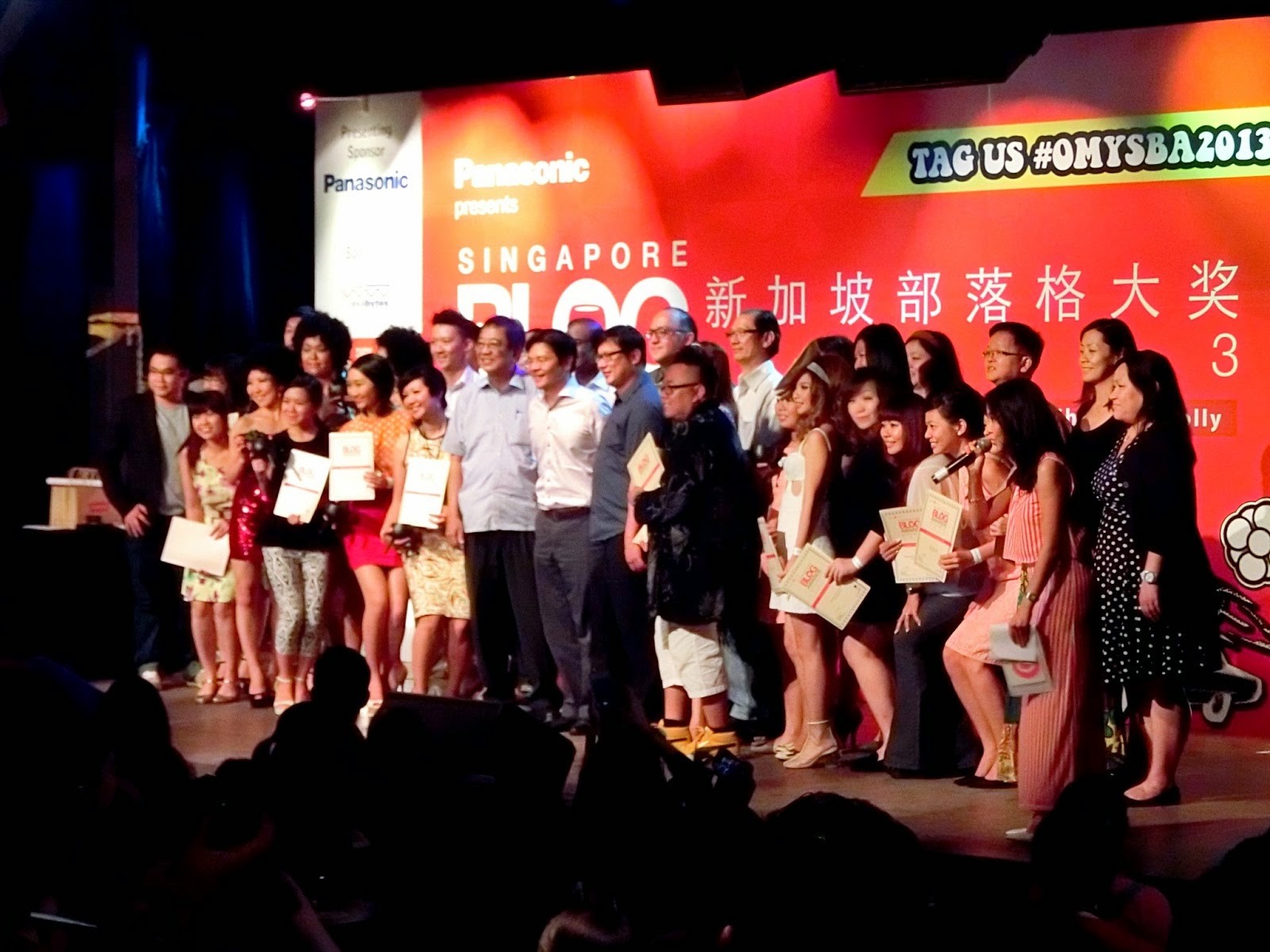 You see, blogging in Singapore requires a lot of socializing. And that means saying hi to strangers (or rival bloggers in that sense), shaking a lot of hands and pretending that you're interested in them. I never liked that part to be honest. To me it all sounded superficial and stuff, and I'm just not the type of friends who is able to make friends easily. I would fumble and stutter when talking to a new person, so I tend not to do it at all. Which in most scenario would end up with me sitting awkwardly alone in one corner. The awkward penguin? I'm his Singapore cousin.

Besides that, given that I'm not a local boy, its hard to click with the male bloggers as well. They would be talking about the NS stuff, which company their from, their division and stuff and I'm just like yeah and nodding my head slowly, pretending that I understand perfectly well what they're saying, until they turn to me and ask me about my NS experience. Which after that I would proceed to retreat slowly away. I know it's mostly my fault for not wanting to socialize, but I guess it's just me. I mean it's just not me. I have always felt out of place when in a group of bloggers, so eventually I stopped trying altogether, and choose to focus on what I like more instead. Which is writing.

So I didn't join the Singapore Blog Awards this year (after three years of being the finalist) and I've toned down a lot in competitions. My attempts at social media failed tremendously too (because I never asked people to like my page unless they liked mine first) and I've realized that I still have a lot to improve in terms of my writing. One being the need to spell and grammar check. But the dream of having everything in my life sponsored? Nah. Not my cup of tea.

Sometimes it's just feel too tiring. Attending a lot of events and stuff, pretending to like their products, getting "managed" by big companies. Somehow I just prefer to do it solo, rather than being in a whole big group of people, though I would admit that it would be cool to have a bunch of close knit blogger friends. But I'm just on a different frequency than most bloggers, so solo seems to be the most viable option for me.

You could say that I'm quitting, but somehow I just can't seem to live up to the expectations of maintaining an online persona. I don't have the guts to be loud and strong and pick fights with people. And I am afraid to make controversial statements. Or perhaps the best way to put it is that I'm choosing to focus on what I like more instead of what I don't like, and hopefully by that rewards and opportunities would follow. Hopefully. After all, in the words of Katie Hafner, who refers to blogging as "Never have so many people written so much to read by so few".

It's true though, when you think about it. So my focus now is just to write for the few that actually reads my blog, and as a form of escapism for myself, rather than raking up followers.