It's not the waiter's fault

So I was sitting at the table, patiently waiting for my food, while the live band played several songs in the background. It was the first time I was dining at Fish & Co. at the Glass House, and having heard about the place several times already, I decided to pick the place as a the venue to surprise a friend for her birthday. I have always liked the way Fish & Co. celebrates their customers birthday, having witness them live in several outlets before, and thought it would be an awesome way to surprise the friend/colleague.

But one hour into our order, we were debating on whether to cook up a fuss with the waiter as our food has still yet to arrive. It took more than 10 minutes for our appetizers to arrive, another 10 before our drinks (plain water) arrive and then more than 40 minutes gap before our first food arrive. Even then, the last food was served another 5 minutes later.

Stories on how friends of friends used to cook up a big fuss were shared, and how in the end they earned free meals for themselves. We playfully discussed on whether we should do the same since our stomach were grumbling heavily, and people who came later than us were already served their food.

However, seeing how frantically you were running in between tables to fulfill the various tasks, while praying silently that no customers would scold you, we relented. It was probably just a bad day and perhaps some accidents happened, and it was clearly not your fault. You were already understaffed to begin with, seeing how you had to run between different customers raising their hands without even having enough time to clean the tables, and you still had to entertain our requests. It was clearly not your fault, and you were already giving your best to make sure everyone had a pleasant dining experience.

You smiled at me and nodded when I asked if we could ask the band to dedicate a happy birthday song to our friend, even passing a pen and paper to me, and then passing our request to the band. In the end everything came out perfectly, the cake and all, and the band who surprised our friend. You even helped to light the cake, and gave us paper plates and fork.

By the end of the day, you even helped us to take pictures, one even with polaroid, still smiling, despite what I guessed must have been a hellish evening. In the end, everything still went smoothly, and we still enjoyed ourselves. It was still a good experience, despite the initial wait. 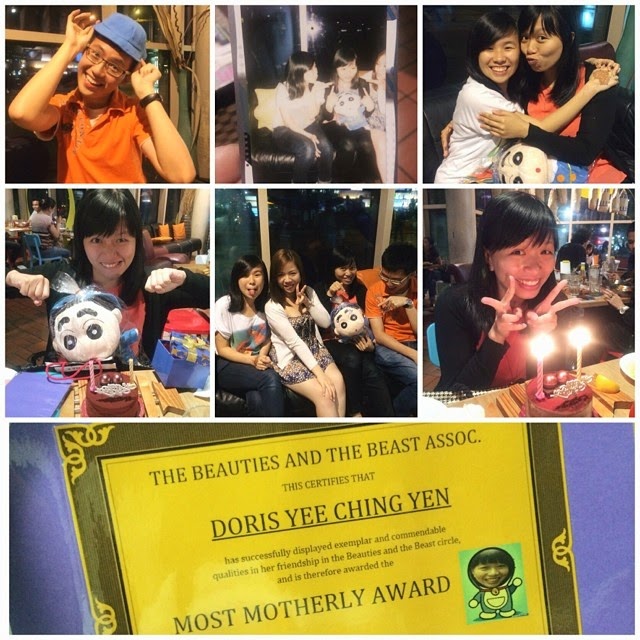 I don't blame you all. I blame the system, perhaps your management's fault. For putting up so many tables without putting a system to be able to feed so many tables. Perhaps for not hiring enough staff, and ensuring that there is enough manpower. But still, despite everything, you all managed to keep the place afloat. To all the Friday evening staff at Fish and Co. at the Glass House, thank you for so tirelessly giving our the best service possible, while maintaining the pleasant attitude that so characterize Fish and Co. staff. Kudos for that. And keep it up. It is your pleasant a work attitude that makes Fish and Co. such a great place to dine in, and I hope you all will never lose that.

As for myself, it's hard to believe that it has been almost a year since I started working, and it is amusing to see how much has changed since the first day I've started work. For now, I am just happy for all the friendships that I have formed, especially those that are not masked in fake intentions or politics. Just pure plain normal friendship. One that you share laughs with, and do funny things together. As for now, time to sleep