1. Normally after watching a movie, I would usually want to write a long detailed post about what I liked and disliked about the movie. But with Edge of Tomorrow, starring Tom Cruise and Emily Blunt, I can't. Because there's only one word to describe the movie. One word and nothing else. And that word is legendary. Of course, you could also use Awesome, Epic, Breathtaking, Superb, Magnificent, but other than that, I find it terribly hard to find any faults with the movie. It is one of the best movies in 2014, that I could say, and you MUST watch it. 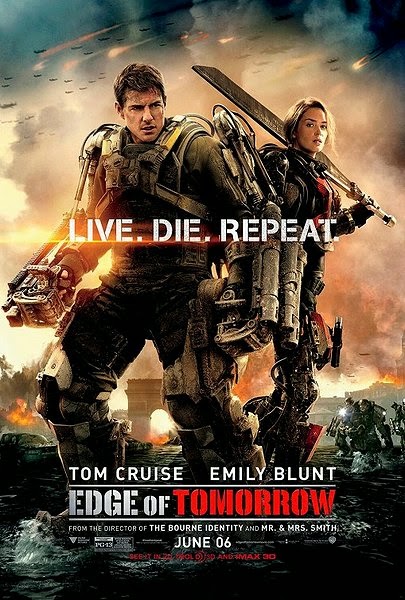 2. Ok, fine. I will attempt to explain why I liked the movie so much. Other than the non stop action, I guess Tom Cruise really delivered on his role as a "noob" in battle, which worked wonders with the full metal bitch (yes that's her name) played by Emily Blunt. It's enjoyable to watch how their chemistry play out on screen as Cage (Cruise's character) had to repeat each day with a new Rita (Emily Blunt), where he would need to go through the same process of explaining who he is again to her every day because she would have no memory of him.

3. Oops, I just realized that I gave a spoiler away, but anyway, that would not spoil the story too much as it doesn't really tie in to the story's twist and main plot as well.

4. Did I mention that I'm now officially crushing on Emily Blunt?

5. Other than that, I guess it's how as a gamer, I could relate with the concept of live, die and repeat until you reach your goal, which I guess is what we all experience while in game. The action closely mimics (pun intended) what you would see in a game as well, with you having to fight against an overpowering enemy ala FPS style. And you need to come up with different solutions in order to navigate the day and come out alive. The only difference being that this game has no save point and Cage is playing it on hardcore mode, given how many thousands or even millions times he died.

6. To be honest, I can't do that. I mean to endure the pain of death again and again? Ugh.

7. Another reason why I liked it was because how solid the story was. I know that there's other time repeat stories before, there's a romantic comedy one if I'm not mistaken, but the closest that I can remember is Source Code, and most of the story sort of introduces a paradox in which you cannot really explain it. In Source Code for example, you're not really travelling back in time but instead to someone else's memory, so how could you explore out of the boundaries of someone else's memory? Say if the person have never exited the train before in the memory, so can't you right? Because the universe is limited. Our mind doesn't reconstruct the things that is outside of our perception, that is what I would believe. But essentially, Source Code doesn't explain that, and kinda leaves the audience dumbfounded and have to accept what the movie says. 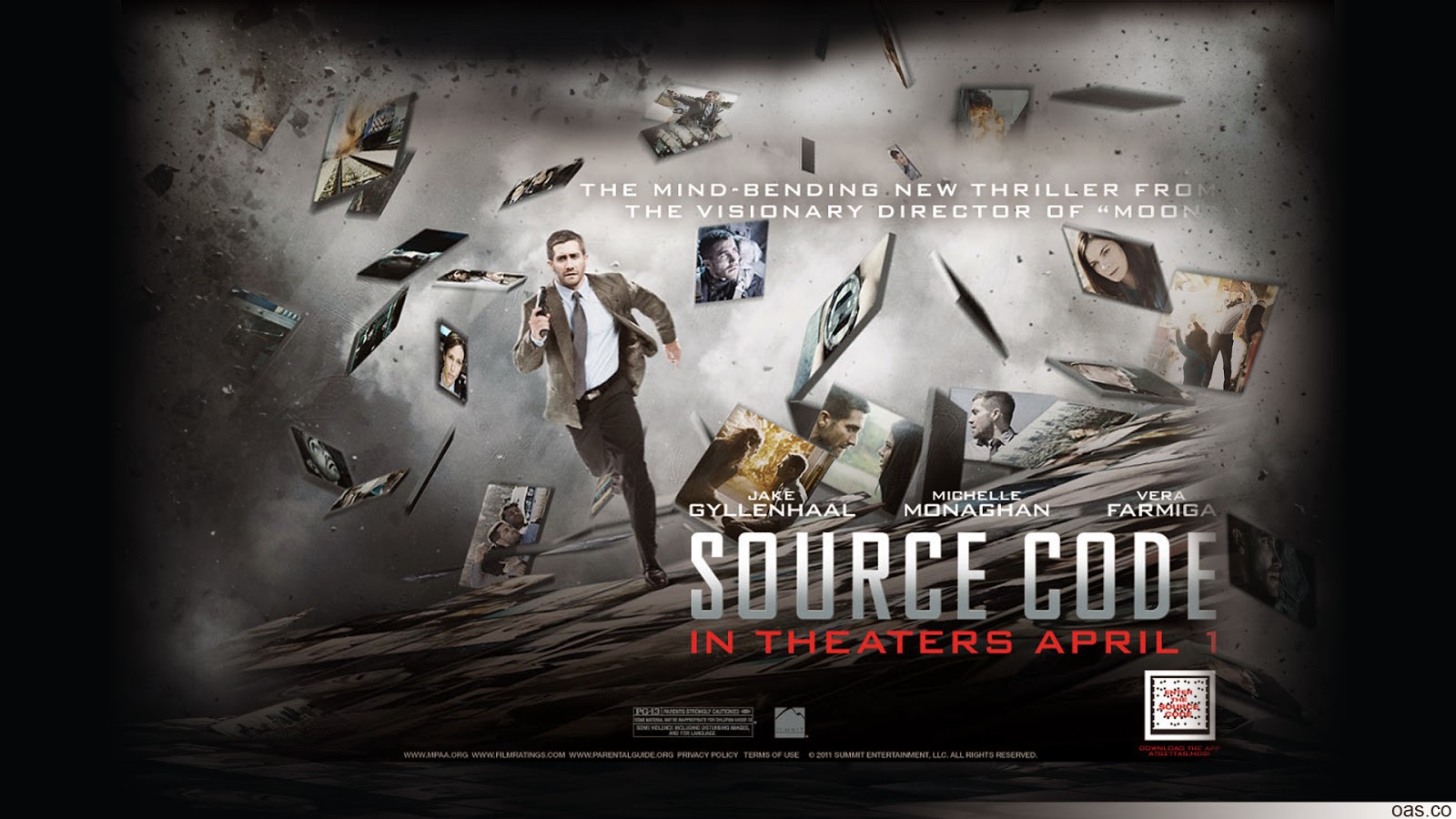 8. The Edge of Tomorrow, on the other hand, does not suffer from such befuddlement in explaining how the time travel work. It doesn't mask the concepts in some scientific mumbo jumbo, and delivers it in a way that is easy to understood. Of course I can't tell you about it, but I felt less confused watching Edge of Tomorrow as compared to Source Code, where I was trying to figure out the technology and theories of it for most of the movie.

9. I guess part of the reason why is because Edge of Tomorrow was adapted from a Japanese manga called All You Need is Kill, with almost the same storyline, but with some major changes in terms of location, the physiology of the enemy, as well as the ending. 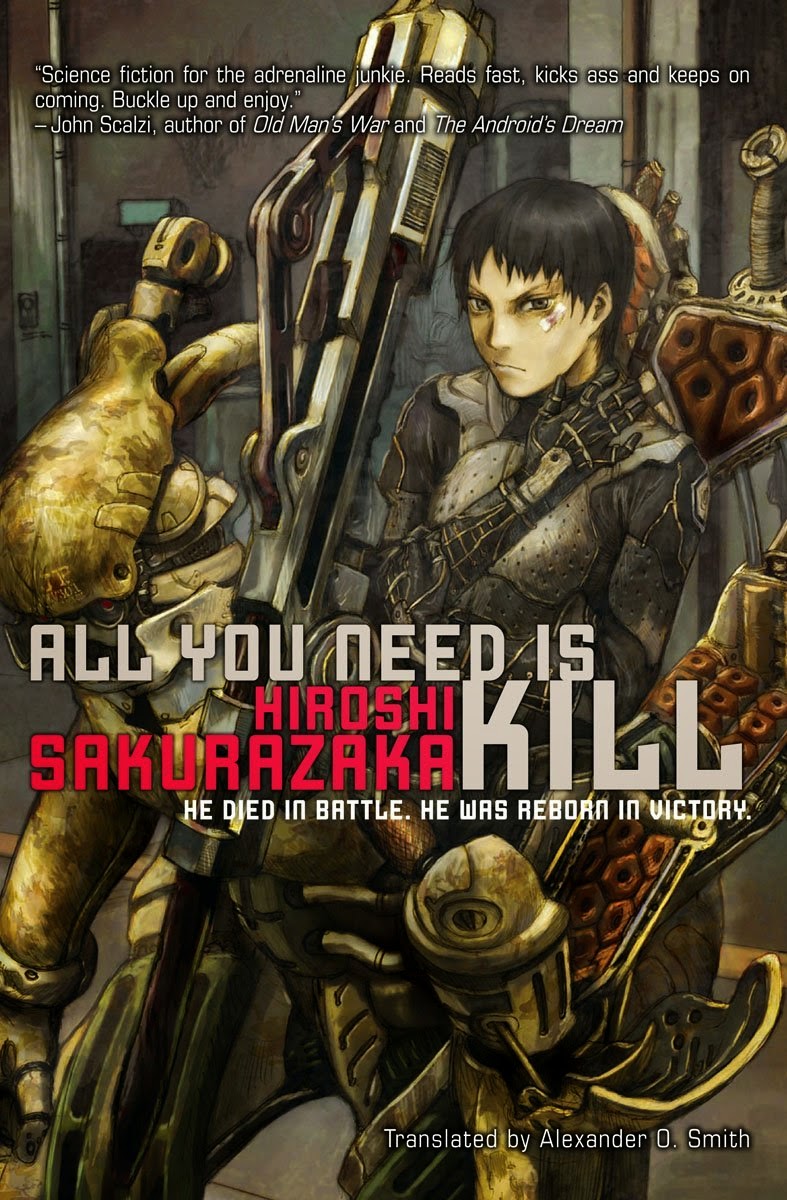 10. But but but after reading the wiki for the manga, I have to say that I preferred the Hollywood version instead, in how they told the story and described the enemy. I honestly think that the mechanics of the manga was too complicated and long, where the movie is short, simple and straight to the point. Of course the quality of the ending is debatable, but I always preferred a happy ending over a sad one, and I thought that the manga's ending is just plain horrible and sadistic. You can read the manga's wiki HERE

11. I do hope that they make a game out of this, though I am not sure how they would want to adapt it. It's a tough job forcing the gamer to relive everything again, but I imagined the aliens to be one fun enemy to beat. Like fighting the Aliens in the Colonial Marines game

12. By the way, Emily Blunt is still awesome 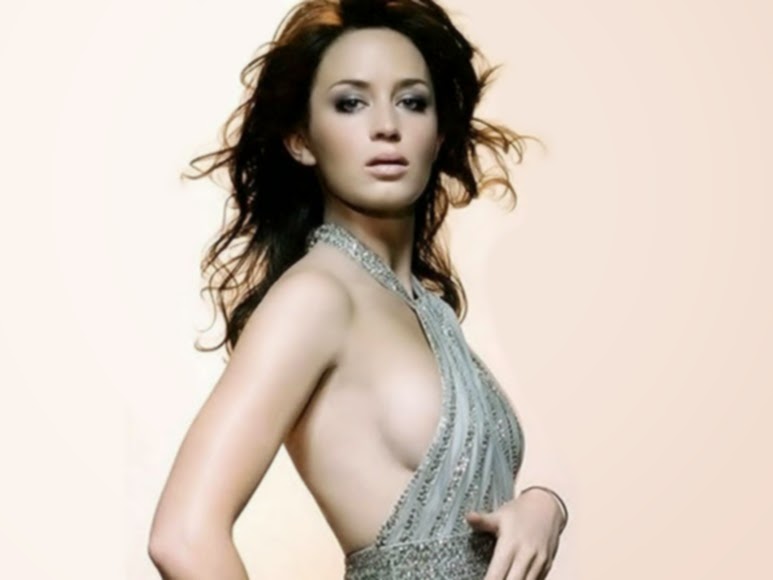 13. Sadly, Maleficent, which I think paled in terms of storyline, originality and action, has higher box office earnings than Edge of Tomorrow. This is a very sad thing, and I hope that to all of you who are reading this, please correct this unjust phenomena! WATCH Edge of Tomorrow. Watch it ten times if you can

14. I will definitely watch it again if given the chance, seeing how my mind has been constantly replaying the movie in my mind

15. My only complain in the movie is how the supporting cast, you know, the stereotypical squadmates in every battle story, remain the stereotypical squadmates. Other than providing some comic relief and portraying how godly the main characters are, they have no whatsoever use when it comes to battle. I mean for once could they make squadmates who can hold their own rather than just die so easily without any contribution? Why put them there in the first place anyway? Might as well save some budget, right?

16.  I can't believe that I have ranted so much about one single movie when I am supposed to have twenty random thoughts

17. I forgot to rant about X-Men: Days of Future Past, which I thought was just another attempt by Twentieth Century Fox to milk more money out of the X-Men franchise. With that being said though, I still think DOFP is pretty awesome, in how they played with the timeline as well, though you could see that there are still some irregularities, despite them trying so hard. I wonder how Apocalypse would add into the timeline when the movie does come out?

18. And there will be a battle between the Quicksilver of Avengers and the Quicksilver of X-Men! Now this is awkward. Especially if you're the actor playing Quicksilver, knowing fully well that your character will be compared amongst each other. The current winner, is of course, the X-Men's Quicksilver, merely because for one reason 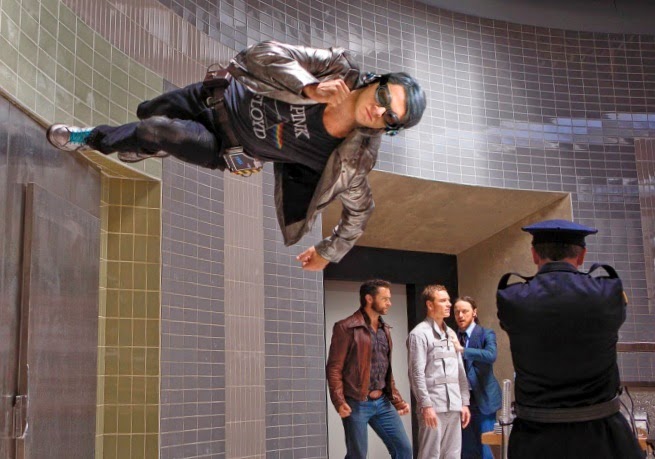 19. Next movie to watch: How to Train Your Dragon 2! I heard that there's a lot of other good movies out there, for example Blended, The Fault in Our Stars and Godzilla, but I just don't have the time! (or money)

20. I should probably watch the higher rating ones, to see what's the fuss all about