If Only Education Can Cure Idiocracy 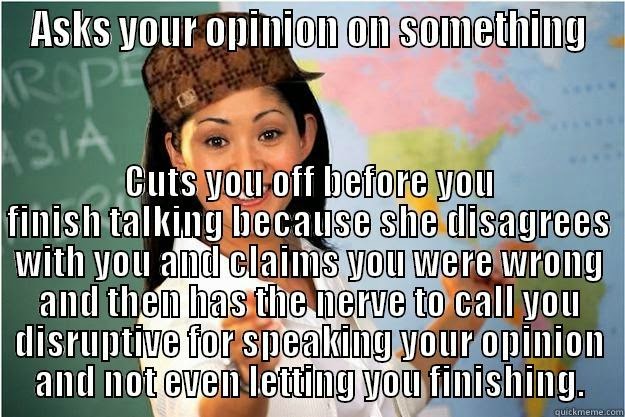 So it's a Friday night (or more accurately a Saturday morning) and here I am sitting in front of a computer, thinking of something intellectual to type, maybe a post that would change the world tomorrow. But I have none, so I am sitting here idly looking at the screen, hoping that my fan would stop blowing out hot air. I would turn on the air-conditioner, but I'm already too broke to do that.

As I browse absent mindedly through the different news portals, reading up on what's happening both in my home country, my adopted country and the world at large, I see a lot of people fighting and hating against each other. The reasons may differ, some due to religion, some due to political affiliation and some due to ethnicity, but everywhere I look, the theme seems to be similar. That different groups of people think that they are superior, that their position, beliefs, solutions or logic is better than the other group, and they are unwilling to listen to what the other group has to say. Of course when who have two groups of people thinking the same thing, the results is of course not going to be pretty.

Perhaps this is how the majority of war breaks out. Both sides are unwilling to budge on their position and to listen to the either side, and in the end have to resort to a fist fight of sort to settle the differences. Because violence is the simplest and most reductionist way to get people to obey. Because when you cannot physically fight back, you often end up getting physically controlled. Violence trumps everything. Be it words, treaties, promises. As long as you are strong, no one can oppose you.
But violence is never the best way. In fact it is never a good way. But somehow, it is the only way that our humans are accustomed to, because all the other alternatives are too troublesome. If only we could train people to listen. To be more open minded.

You see, one of the biggest failure of humanity's education system, in my honest opinion, is that we are not taught to be gracious human beings. We are not taught the basics of being a educated human being, of searching for information on our own, and to question "truths" that are taught to us. Neither are we made aware by our teachers that what we believe in may sometimes be wrong, and that it is okay to admit that our knowledge may have been faulty, and that it is okay to listen to other viewpoints, and to sometimes change our viewpoints as well.

Instead we are teaching students that there is only one truth in life, that they should accept that one and only truth, and not question the truth. Just look at how students are not encouraged to correct teachers, and see how that turned out.

We have people who are too afraid to question their own beliefs, defending them as if that the world is going to end if they are found out to be wrong, and unwilling in the slightest manner to consider the opposing argument.Take the religious fanatics who insist that evolution theory is the devils idea to invade the world, or that the political dimwits who believe that one side is out to take over the world. Like seriously?

Okay, perhaps the fact of how our self esteem is tied to our believes is not going to help much, but with so much progress being made in the past few decades, surely there should be some changes in what is taught in school right?

Rather than just pure technical knowledge right from the start, perhaps the first lesson that students need to be taught is that no knowledge or belief is absolute. That it is okay to be wrong sometimes and it is a virtue to be willing to listen to other people's point of view and to consider them, rather than to just blindly defend your position. We should all be encouraged to consider other opinions and to weight them out, rather than to just blindly stick to one. Students should be encouraged since young to be prepared to admit that they are wrong, and praised when they're willing to take in another's argument. Because that is truly a point of virtue.