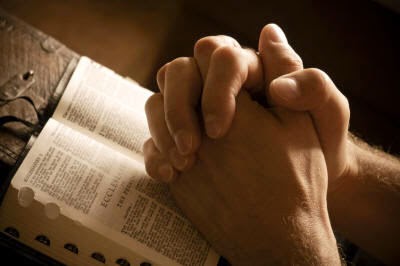 Or whatever is it that you're called up there. It's me again. I know I have not talked to you for the longest time ever. Not that I purposely want to give you the cold shoulder, but somehow I do not even believe that I'm even talking to you anymore. In fact, I am not even sure if I am merely talking to myself or to the empty air. I know I have been "praying" to you in group settings and such, but I'm sure you know that those weren't sincere at all. It's more of a social obligation than a desire to talk to you, like how one should always say hi or please and thank you in a social setting.

To be honest, I won't pretend that I even know you. I have grown up hearing a lot of names given by people to you; Jesus, Buddha, Allah and whatnot. But somehow a part of me cannot bring myself to believe that you will allow people to stick a label to you and only let yourself to be called only one name. Because that sounded selfish to me. To allow yourself to be only known by one name seems to imply exclusivity, allowing only certain group of people to claim ownership over you, and that itself creates divide among people, it creates a false pursuit of who's right and who's wrong, which is what is happening all over the world right now.

And to be honest, I know how some would debate to the bitter end how certain holy texts imply that you should be called a certain name, or how their spiritual "experience" such as visions prove that you are in a certain manner, but like six blind men feeling an elephant, how can us mere mortals truly comprehend the true extent of your majesty? Anyone who claims that to me is nothing but a liar. You are the being whom created the entire universe with all the galaxies, stars and planets; filled it with beautiful equations to govern how things work, and we are no more than a speck of dust. How can a speck of dust truly comprehend the might and power of something that can never be measured? Which is why I never believed anyone who claimed to know you in and out. Which was why I grew disillusioned after a while.
Because to me, a lot of people who claims to worship you do not really worship you, in fact, what they worship is the pint sized version of yourself, a god image that they created to fill whatever purpose they have. Sure, I know that you exist and that you loves us to a certain extent, and you want us to do good and be good, but beyond that, how can we truly understand you?

Take all these rules that people created in the name of you, for example. That you cannot eat certain because it is sinful. Or that you cannot wear a certain type of clothing, because it angers you. Are those really the rules and regulations made by an omnipotent figure who created the universe, but somehow has the time and energy to pick on the small details like what you should not eat and what song you should not listen to? Perhaps, but to me, this kind of god is nothing but an egotistical god who enjoys making people suffer just to boost his own self-ego.

It's just like playing the Sims or any simulator game, if you ask me. When I'm building a city or controlling my Sim, I don't really care what the Sim eat as long as it fills the Sim's hunger bar and as long as it does not kill my Sim. To be picking at what meat is he eating in the game reflects the tendency of a control freak. That something is seriously wrong down there. Don't get me wrong Lord, I know that there needs to be some general rules in place to ensure that we do not kill each other to extinction, but to have some overly specific rules reflects more of a human desire to control and to be superior than others, rather than you wanting the best for us. Yes, I believe rules are supposed to be our own good, not to stifle our rights and freedom, and when a rule becomes that, it stops being good.

But somehow, the more I try to push you away, the more I see your shadow in my life. Take today for example, when I was going to work, so certain that this will be the doom of me, as I have moved further from my work place. I almost believed that I would die from the commuting, I have lost my previous route to work where I could sleep on the bus on my hour plus journey. But lo and behold, a magical direct bus route appeared near my house, and I did not have to endure the long journey as I had anticipated.

In fact, all along in life I noticed that you have been constantly providing. Call it pure luck, if others must, but to be honest, I don't think I am that lucky either. From the start of my life until now, life has it ups and down, but I realized that as long as let it flow and leave it up to your hands, somehow you will always provide. From my primary school to my university education and even a bus to my work, things have always have a habit of working out. And I am sure it's more than just a mere coincidence.

I know how others have said about you, and I myself has doubted numerous times before. Maybe you're just someone we created just to give us an excuse to hope, or that we weak humans need something to explain stuff, hence we created an image of god to explain stuff. And when science came, it blew the entire god thing away. When science eventually does explain everything, do we still need you then? I don't know. Maybe science will eventually point to you, since we cannot really explain the origin of the universe yet, and hence why, maybe you are indeed an imaginary figure created for various purposes. But somehow, despite everything that people say you are bad for, for example all the wars and suffering over the past few thousand years, you were the one who pushed civilization through in the middle ages. You were the one who gave us reason, who helped us achieve new heights, despite some setbacks, but you were the one who gave order to an otherwise chaotic society. It's just that how threatened some "religious" people feel nowadays, and how it is used as a tool, that brought a new dark age in religion.

But I won't deny your existence though. Not now, not yet. I do believe that you exist, but rather than taking interfering directly as you used to, you're taking a more passive role right now. Maybe you believe that humanity can now progress relatively good on its own, that we have mastered the necessary skills, which is why you're sitting back and seeing how things turn out. No one ever said anything about a busybody god who has to completely meddle in our affairs right? And that's the whole point of free will right?

I don't know. But just thought I wanted to check in and say thanks, if indeed it was part of your arrangement. I'm going to head back to life now, but thanks again for dropping by and helping.

Just a random prayer that popped up in my head this morning. Not the exact version, but the gist of it is there