I'm gonna be an "entrepreneur"! Wait, actually not yet 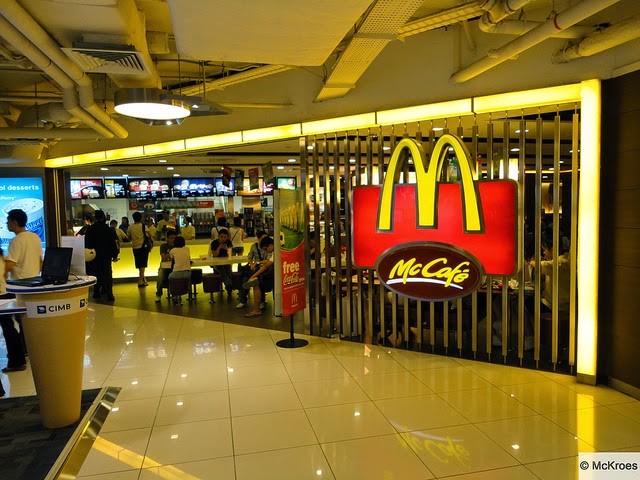 Part 1 of the series appeared HERE

"So just to understand yourself, what kind of interest do you have?"

"Have you ever thought about starting a business before?"

"So am I correct in saying that essentially the work that you are doing now requires you to trade your time for money, so in the case of you being unable to work, your flow of money stops?"

"Have you ever thought about earning money even you are not working, sort of like a passive income?"

Amidst the setting of people busily carrying trays of burgers and fries around me, I still find it hard to believe that I actually agreed to sit down at McDonald's and listen to the guy in front me talk, knowing full well what was he trying to sell. All because of you guys (and girls) who cheered me on in Facebook.

So I sat there, listening to him talk, feeling a little nervous, like how an undercover reporter would feel when trying to dig up some juicy details for this investigative piece that I am writing. Though I must admit that I was a little disappointed when he asked me to buy myself dinner on my own as he was full, so there goes my hope for a free meal.

The talk opened like many other marketing talk that I have heard before. He asked about my interests, about what I was doing, what I am looking for in life. I sensed that he was trying to fish out money as my motivation in life (I can't read minds, but from the way he was asking leading questions I kinda guessed), so wanting to just have fun, I tried telling him that I liked helping people instead, hence my job. Although in hindsight I should have mentioned money, just to see where he would go with that. And just to confirm whether my hypothesis is correct.

"This is not a recruitment interview," he started, and elaborated on how this talk was to just to get to know us each better. He asked me a lot of questions during the start, about what I'm doing, my motivations in life, the work I am doing and the income that I am earning, and I had a feeling that he was trying to tease out my motivations in life, and see whether he could play into that.

I forgot which came after the next, but then he talked about the work that he was doing and the type of people that he was looking to collaborate with in this endeavor. He mentioned that he was looking looking for people with accountability, and praised me for having it because I turned up for the meeting, and also for people with expertise. What kind of expertise, he did not say, though I was tempted to ask, "So what kind of expertise do you need from me?"

Next it was his business. He spoke about the power of social media (it was this part where I started to empathize a tiny little bit more with him) and how the business he is doing attempts to capitalize on it. He mentioned how this business of his is attempting to build a online shopping website centered around a community, where people would constantly go there and shop because of the community. An argument that sounded quite convincing, to be honest, but I cannot shake my doubts on the money earning part. But I let him carry on.

"Would you like to have passive income?" he asked, and that's was when the alarms bell inside me went off. I don't know about you, but almost every MLM or direct marketing business that I know use this phrase as their punchline. The almighty passive income.

He mentioned that the way we are going to earn money from this venture is when the people shop at this online e-commerce business of his, we would get a cut from the money people spent on the website. Sounds kinda like a dream come true huh. As long as people shop on this website, you get to earn money. Something like Amway, if you ask me, where you get a percentage of money whenever your downlines shop or people buy from your downline.

"So how are you going to build this community then?" I asked, hoping to finally get the name of the organization that he worked for. The name of his business, for example, and how exactly the entire business model worked. If he was trying to pique my curiousity, he certainly succeeded. And I was looking to do some googling when I get back home.

"I'm afraid that I cannot go into the technical details today, as I have an event to attend, but how about we arrange to meet up another date, so I can go into more details in regards of this business?" he requested.

So I sat there contemplating on whether I should agree with the meeting, knowing full well that I may be subjected to hours of talk, asking me to sign this, buy that, perhaps. And unless they hold me hostage at some abandoned building, there's a high chance that I may not take up the offer as well (except in the case where it is really a business where you do not have to recruit people as "downlines" or dump an amount of money into it). But I was curious on how this online shopping website of his worked, and how it compared to more established sites like Qoo10 or even Tabao. And being a lonely soul myself, naturally the word community was a killer.

"Why not?" I replied, and we arranged to meet on the 15th of June, 3 - 5pm, so he could explain to me how everything works. I just hope that curiousity would not kill the cat.