I am finding myself increasingly addicted to this massive shootout game called Hawken, which I mentioned about a few weeks earlier. I guess it's how it's different than normal massively online FPS games that I'm used to, where the dynamics and skills required are really different.

There's a lot of teamwork and strategy involved, and you cannot really own the game just by using an overpowered mech or by the well hated tactic of camping. Landing the first shot doesn't necessarily mean you'll get a instant kill now, which I liked, because I'm the one who is always caught off guard in FPS games.

And I guess it must be one of the few rare games where I have such a good kill/death ratio too. 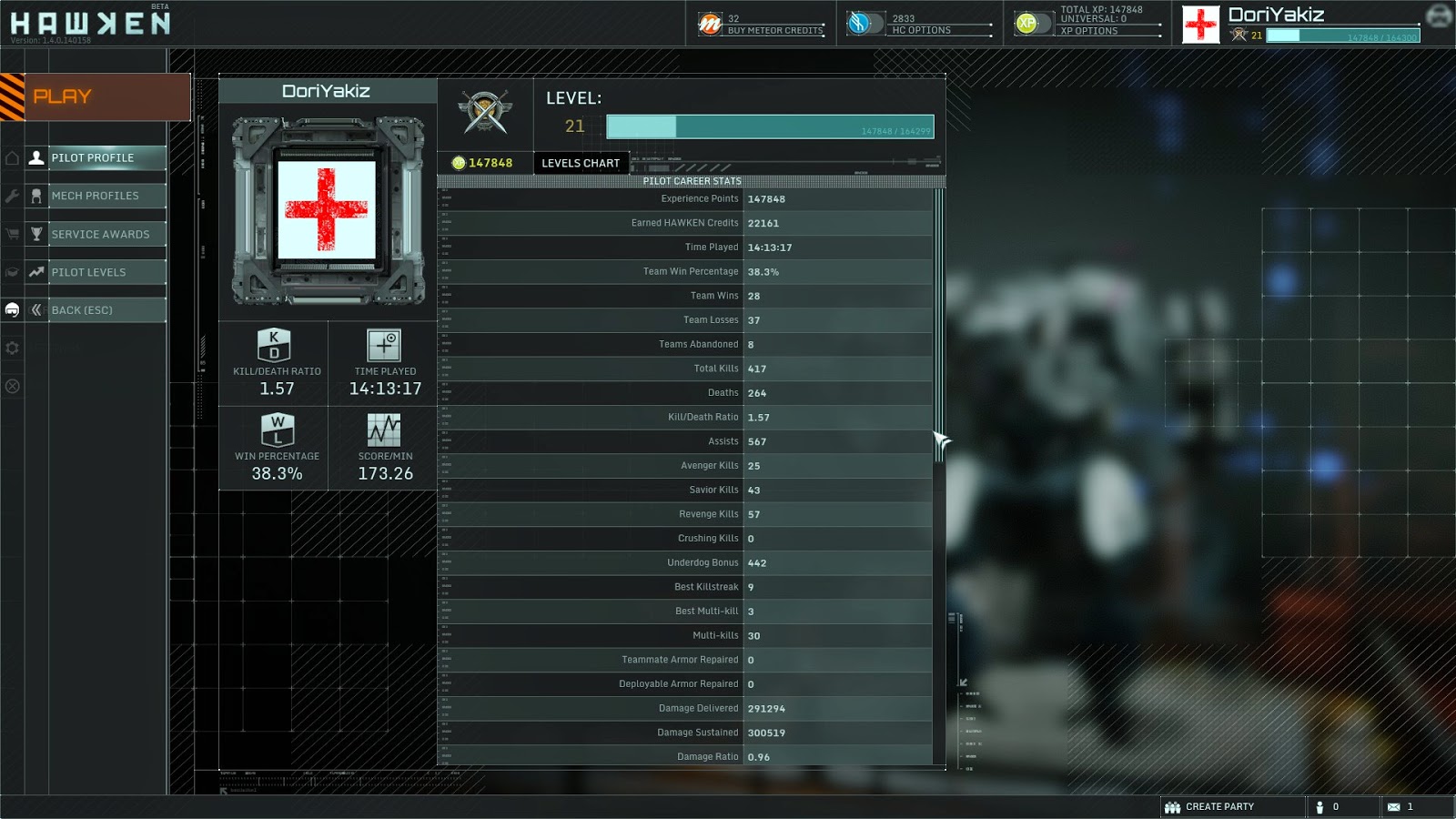 But of course, with great kill/death ratio comes shitty challenging games, and that's where I have the most beef with the game. The 38.3% win rate can be the testament to it. You're usually thrown into a game where your other 5 teammates are just starting out with their new mechs bumping into each other, while your enemies are raining hell down using their locked on missiles. And you're expected to be the superhero and carry the entire team.

Still, I guess the game is still pretty fun when you do find a well balanced team and where you're not expected to carry. I look forward to future games involving real party vs party action, and something that reminiscent of Planetside 2.

For now I have decided to paint my mech pink. 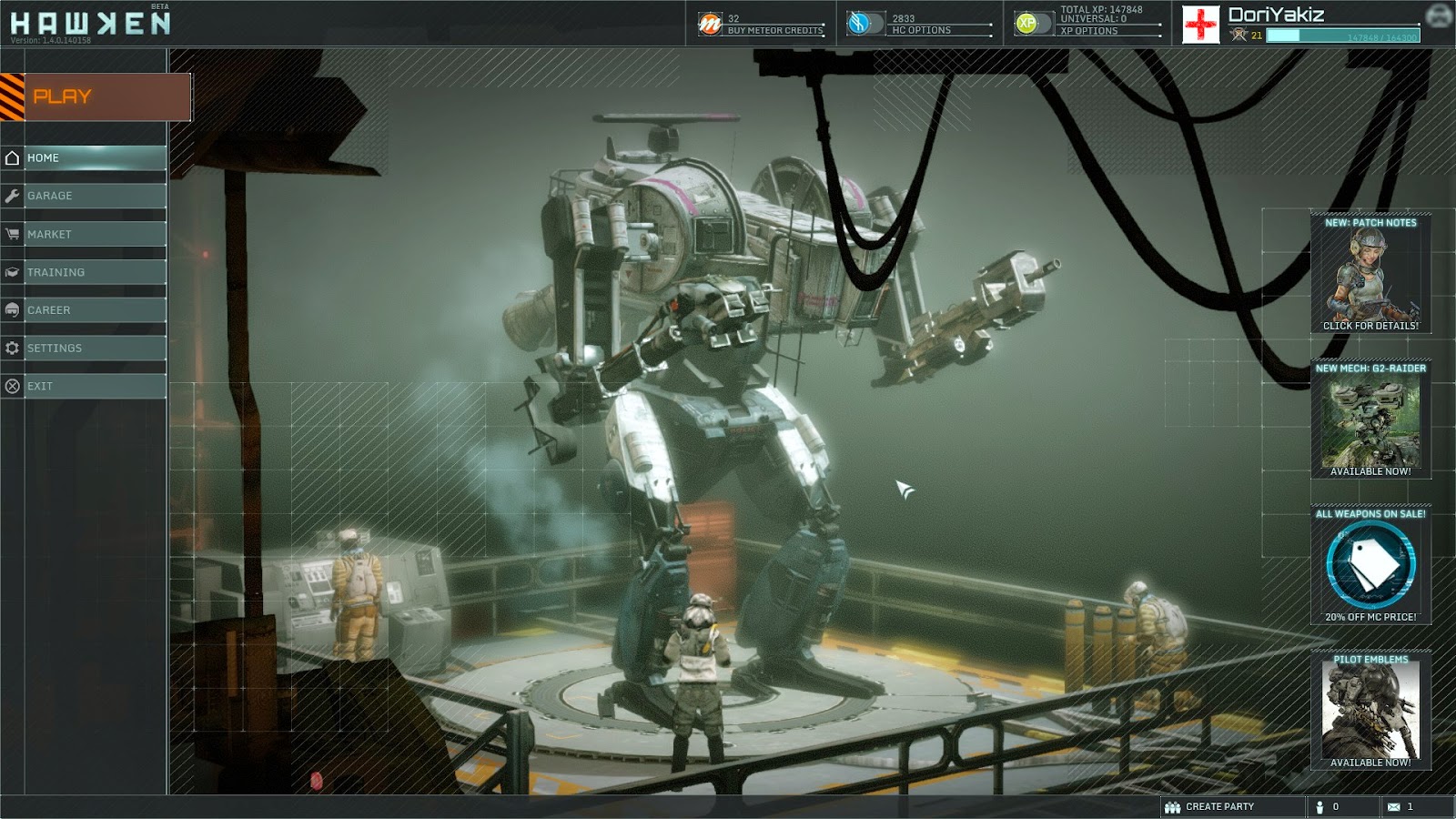 That's my trusty assault mech, which I find it to be my favorite as it does not need you to stand too far back (which exposes you to the possibility of being flanked) nor does it requires you to dive straight into action (often with disastrous actions). But like all love affairs, I'm starting to get a little bit bored. I shall start saving money to buy me a new mech.

In other news, I have have started a new blog with three friends called The Gaming Quartet, where we get to write down our exploits on gaming, in hopes of making something out of it. Would be interesting to see where things go from here. They're quite good writers, to be honest, and I am hoping maybe we can be the Southeast Asian face of gaming. I hope :p