Escape themed rooms have been popping up like mushroom ever since the opening of the first escape room in Bugis (I think), and I had the chance to try out one of the newly opened escape rooms today between Chinatown and Outram Park. The place was called Breakout, located near the Kreta Ayer Community Center, on top of one of the shophouses there.

It was my third time playing these escape themed rooms, with the first one being back in Ipoh and the second one at Escape Artist, Bugis. Breakout offers three different rooms as part of their business, and  for our game for the day, we took the Forever Young challenge. 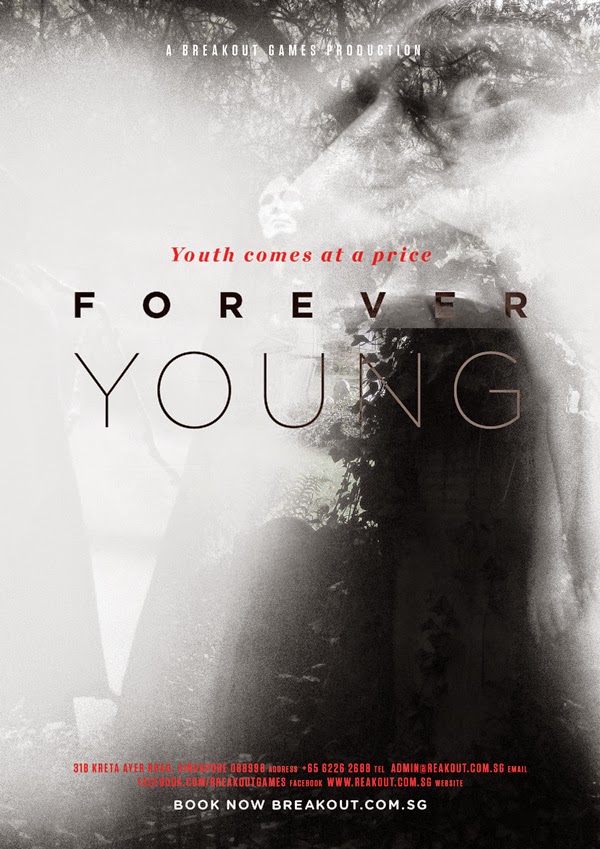 My reaction after playing everything? Different providers use different rating systems.


Out of the three experiences that I have gone through, I would say that Forever Young was the easiest out of the three, despite having a 4.5 stars rating. The entire escape challenge took place in two rooms, with most of the clues and locks focused in the first room. I remember stepping in and finding myself surprised at the number of locked boxes and puzzles in the room, which was about 4 to 5.

The majority of the action was therefore focused in the first room, where we had to distinguish between what clues go for which puzzles initially. However, although it was initially overwhelming, once we got the hang of it, the clues became pretty much straightforward to decipher. There was generally once or twice where we veered off course, but in general the room does not require as much of thinking out of the box as compared to my earlier two experiences.

While the puzzle solving part of the room was somewhat easier, I think that the story element of the room was much more interesting than what I experienced the previous two times. Rather than being focused solely on cracking the puzzles, Forever Young offered a good mix of story element into the props and clues to give the game a little more flavour. You get to know the background of the room a bit better and you could feel more immersed in it, and I must say that the props and decoration itself was quite commendable.

All in all, I guess Forever Young from Breakout is quite a suitable place to start if you're a beginner, and if you're looking for a good mix of story and puzzle solving as well.