Recently there has been an article floating around Facebook about a girl in Singapore who got cheated for more than 100000 dollars by a guy, just because he appears to be wealthy. The original article was posted up on The Real Singapore about how a Malaysian girl agreed to lend a huge sum of money to a guy just because she taught he was a descent guy, based on how nicely he dressed and presented himself. Armani Watch, Sentosa Cove house and Lamborghini, among the things that he flaunted to her.

And of course, the internet was quick to condemn. Slut, gold digger, idiot and stupid were the names thrown at her. with almost everyone saying that she deserved it. How could she not see the warning signs, everyone wondered. It was there blatantly the whole time. Stories like this aren't new anymore, to be honest. I am sure that all of us have heard a fair share of people getting cheated like this. And even so, many still end up in the same situation, despite numerous horror stories out there.


Why do people still end up getting cheated anyway? Are these people different than us in that they're naturally more stupid that the rest of us? At first glance, it's easy to think so. But what if I tell you that this is not the case? That if I have put you in a similar situation, you would have probably done the same thing?

"No, I wouldn't have," I will hear you say. You obviously would have smelled something wrong when the guy tried to borrow money from you, you will try to assure me. I'm sorry to break your bubble, but there are two reasons why you would most probably end up like the girl, despite how unprobable you think it may be now.

One is hindsight bias. And the other is the halo effect.

Firstly, you're reading the news where all the information is presented to you at once, which allowed you to make a better judgment of the guy in one go. You know that he cheated her money in the same article, probably from the headline as well, so your impression of the guy has already been formed. This guy is evil and this guy is a jerk. That was his first impression on you.

However, had you been in the girl's position, his first impression towards you would have been much different. And that was exactly what he was working towards. Imagine meeting a guy for a first time, knowing nothing about him.When he shows up smartly dressed and well mannered, you would quickly make an impression of him based on what you observe at the moment. Do take note that at this point in time, you have no idea of how he is like yet. You are forming a personality of him based on the information that you have: what you see before your eyes.

Rarely do we see someone who is smartly dressed for the first time and immediately think that there is something wrong with him. No, our brain doesn't do that. It automatically activates ideas associated with car, expensive watch, and good job, which mostly includes positive ideas.

And here where's the more potent psychological effect comes in. The Halo Effect. Remember it. Commit it to your memory, because it affects you in more ways that you can ever imagine. From your relationships to work interviews to even your exam marks. 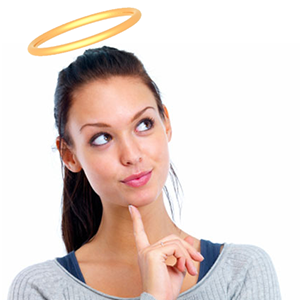 That's the principle behind interviews. Consider this simple thought experiment. If you're an interviewer and two people walk into your room, once dressed in tuxedo and hair neatly combed, versus one in t-shirt and jeans with messy hair, who would you naturally feel is more hardworking and capable? Without question you would have felt that the guy in the tuxedo is better, even without first looking at the resume.

The Halo Effect is a well documented occurrence in everyday life, for example in court proceedings as well, better looking defendants receive lighter punishment than their not so good looking counterparts.

The scary thing about the Halo Effect, however, is its persistence. After you have made a good first impression of someone, the effect tends to stay, even if more negative information are presented afterwards. Read the two description of these two people for example:

Which person would you have liked more? Chances are that you would have preferred Alan more if you have read from left to right for their character description, even though both attributes presented for them is the same. The fact that the word intelligent vs the word envious is presented first affected how you thought of a person subsequently, even though the information given by the end of it is the same. If the Halo Effect is already so potent in a text exercise, can you imagine its effect in the real world?

The reason why the girl got so easily cheated by this guy was simply due to this fact. He had presented the best side of him first, thus forming a lasting first impression in her that is resistant to change. In her mind, he was already a trustworthy decent guy from the first meeting. If he had asked to borrow money in the first meeting, however, the outcome would have been very different. That is how scary the halo effect is. It is a byproduct of our brain's desire to conserve energy and to maintain congruence in our everyday lives, and to counter it, we must be very well aware of its consequence.

The mistake committed by the girl is not because she is a gold digger or she is stupid. It is merely reflective of how we think everyday. We would naturally think of something as more positive when our first experience of it is good, be it for a product, relationships or anything else.

So wanna be successful in things you do? Ace that first impression. Throw everything into it. And life would be better for you. Call it deception if you must, but that's how life works.