It's Day 2 of CONS Project SG, with a workshop teaching you on how to make a skater video for the day. It was an interesting workshop to learn two things at a time, which includes skateboarding and also making a video. And since it was a Converse event, I took the opportunity to wear my new Converse sneakers (much thanks to the SG Converse team) to the event, just to add in the atmosphere. 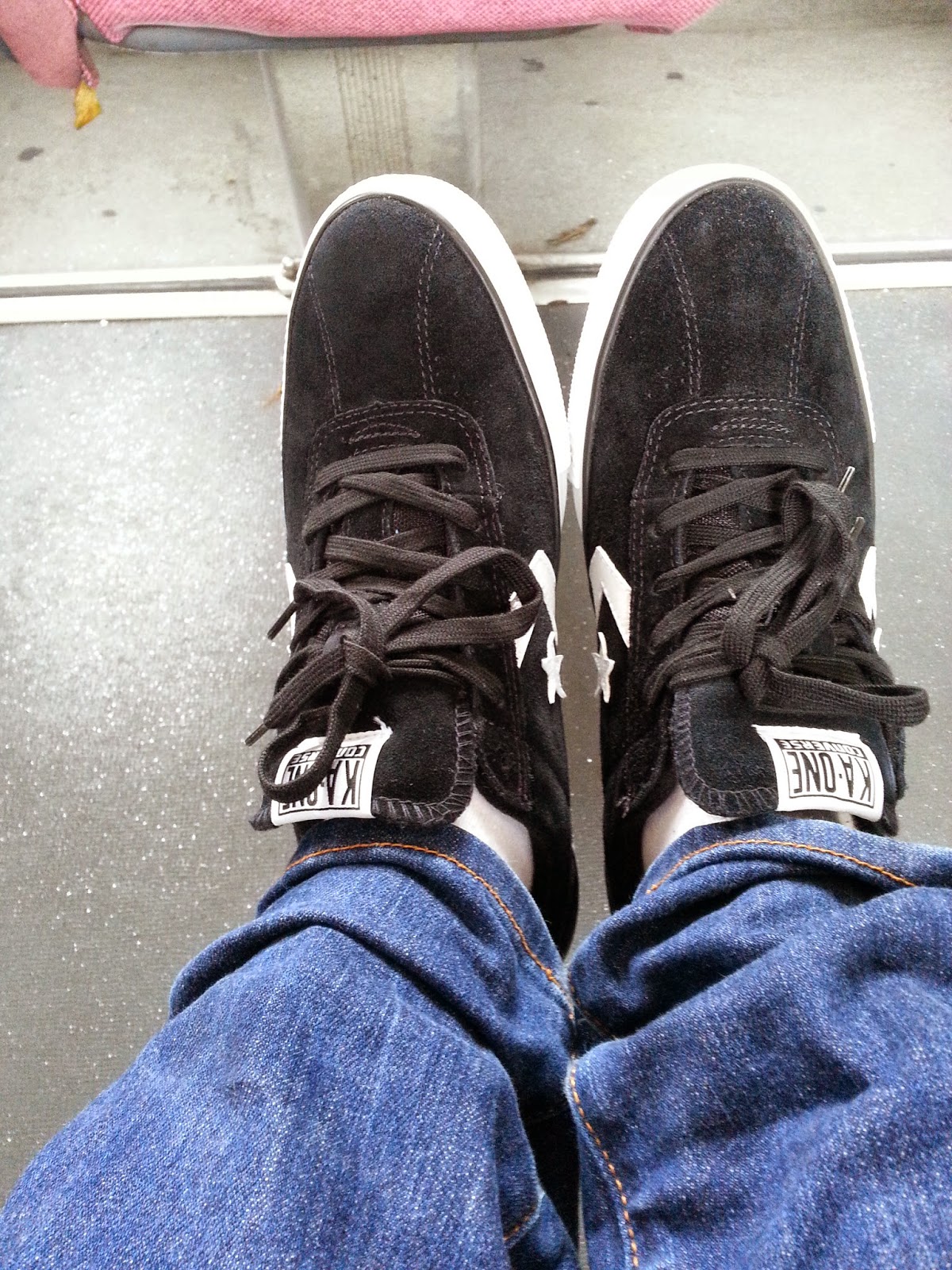 
The workshop for the second day took place outdoors because it involved skateboarding, and we all had the opportunity to witness awesome skateboarding in action, and the even awesomer way of how videographers filmed the entire sequence of skateboarding. The organizers managed to invite Preduce all the way from Thailand to help teach the workshop today, and we got a taste of how skateboarding culture is like as well, both in Singapore and Thailand.

Best of all, I managed to snap quite a few not bad pictures too! Sometimes it seemed as if the skateboarders are flying on air as you capture them on screen. 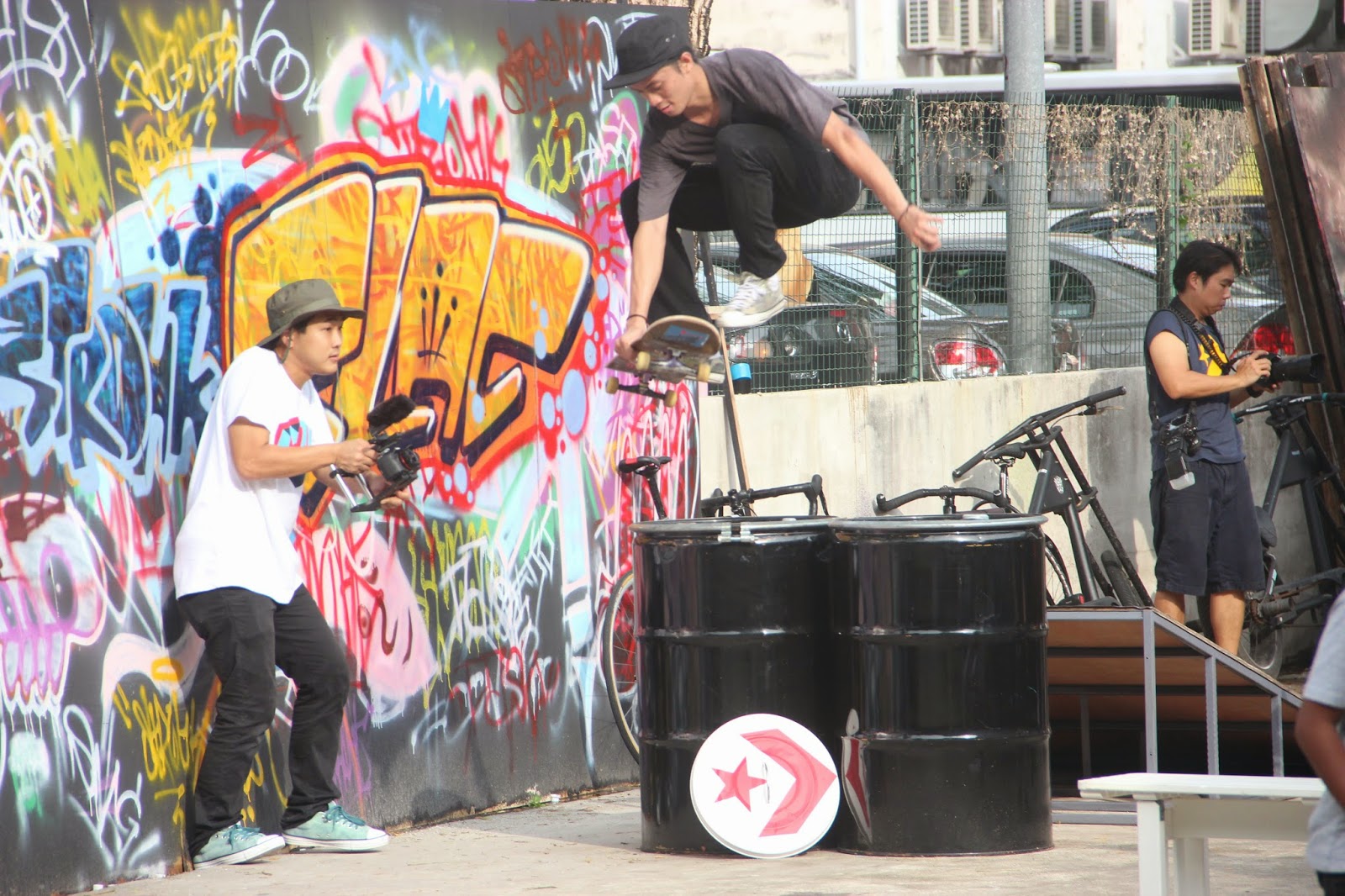 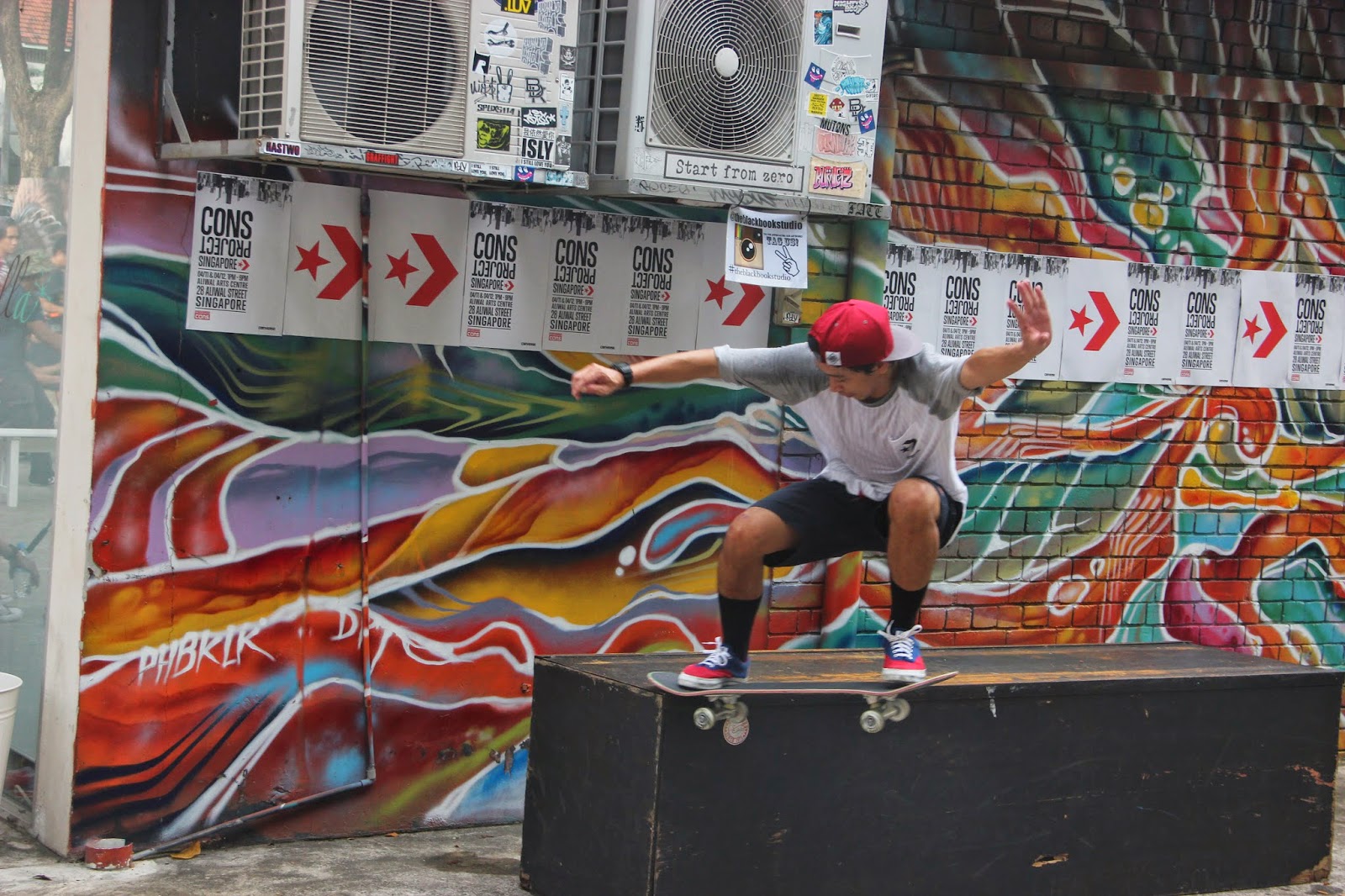 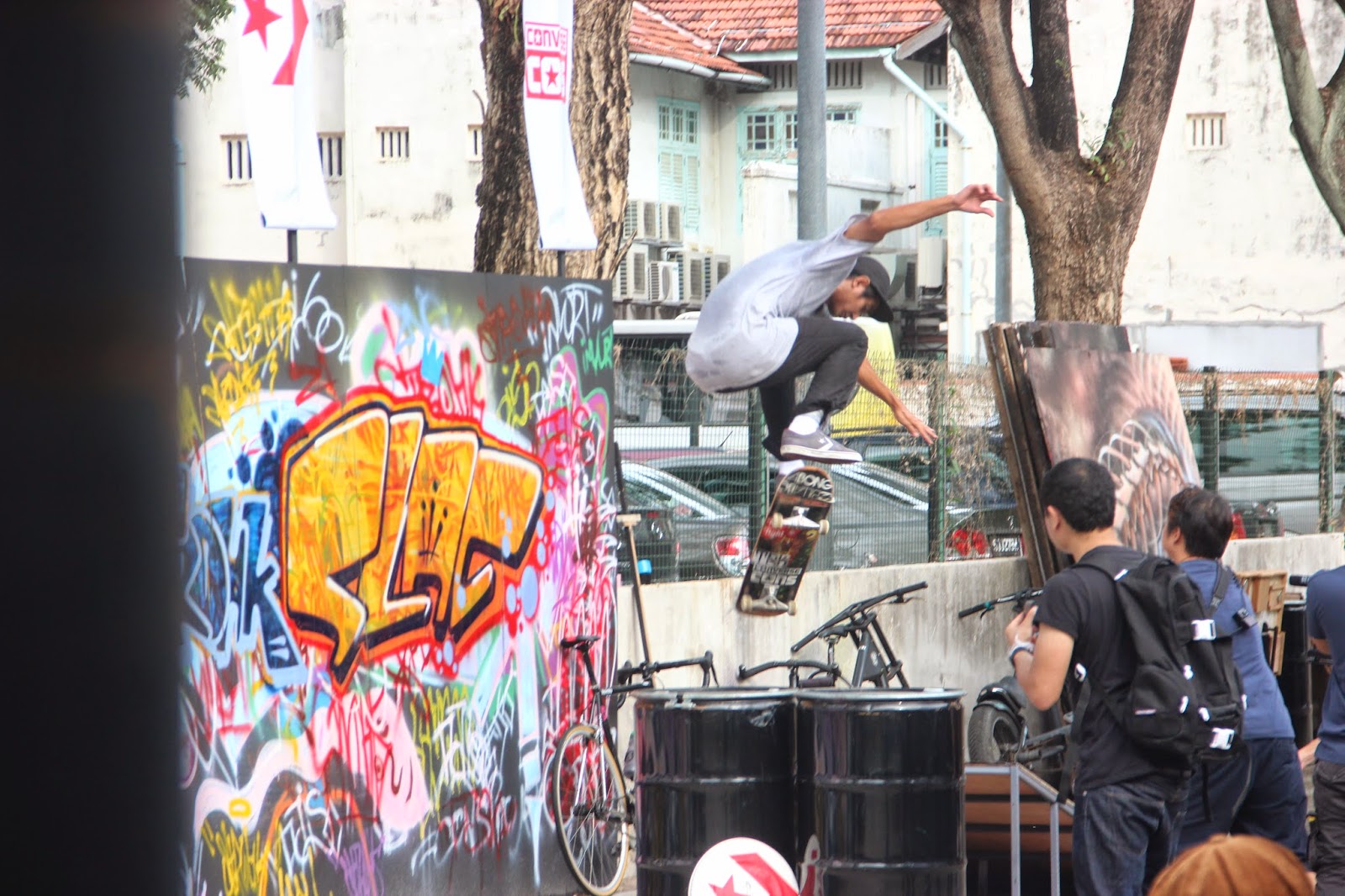 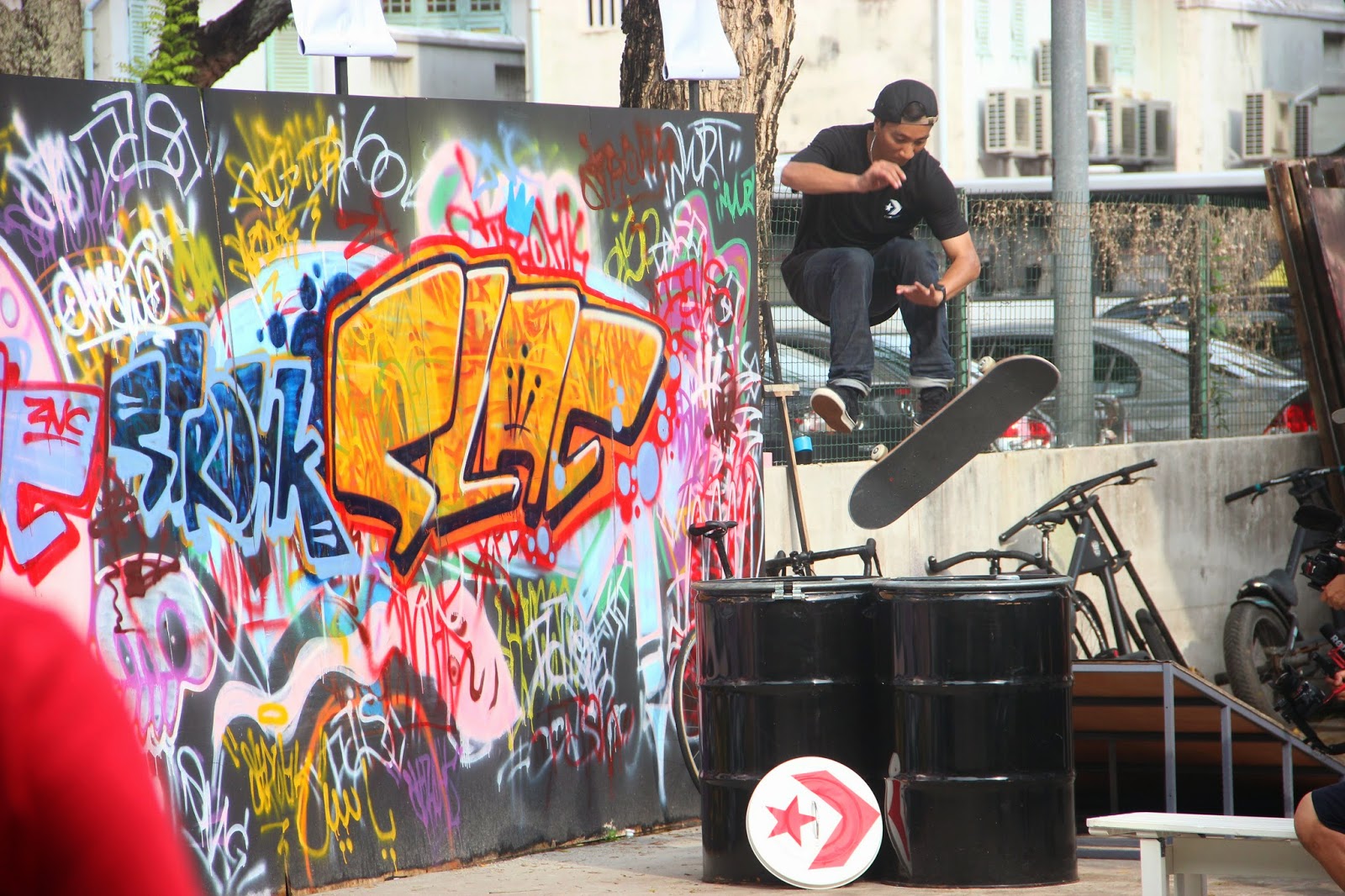 It was quite thrilling to watch the various skateboarders dish out their various tricks to awe the crowd, and like yesterday. I was left jaw hanging as well. Skateboarding is no easy task as one requires lots of stamina and muscle coordination, as well as a willingness to get scars and bruises. But once you've mastered a trick, you do look pretty awesome both live and in camera.

All in all, I think that the Singapore CONS Project has put in a good effort in bringing and showcasing all the various street culture together, and I've learned quite a number of new things from the short two day workshops. Seeing how these various people, all bonded by the passion that they share towards their favorite activity, kinda makes me want to be like them. I never had the chance to try skateboarding or DJ-ing even though I have always to (due to a multitude of reasons, with the lack of time being on top of the list), and I salute them for being able to pursue what they want in life. 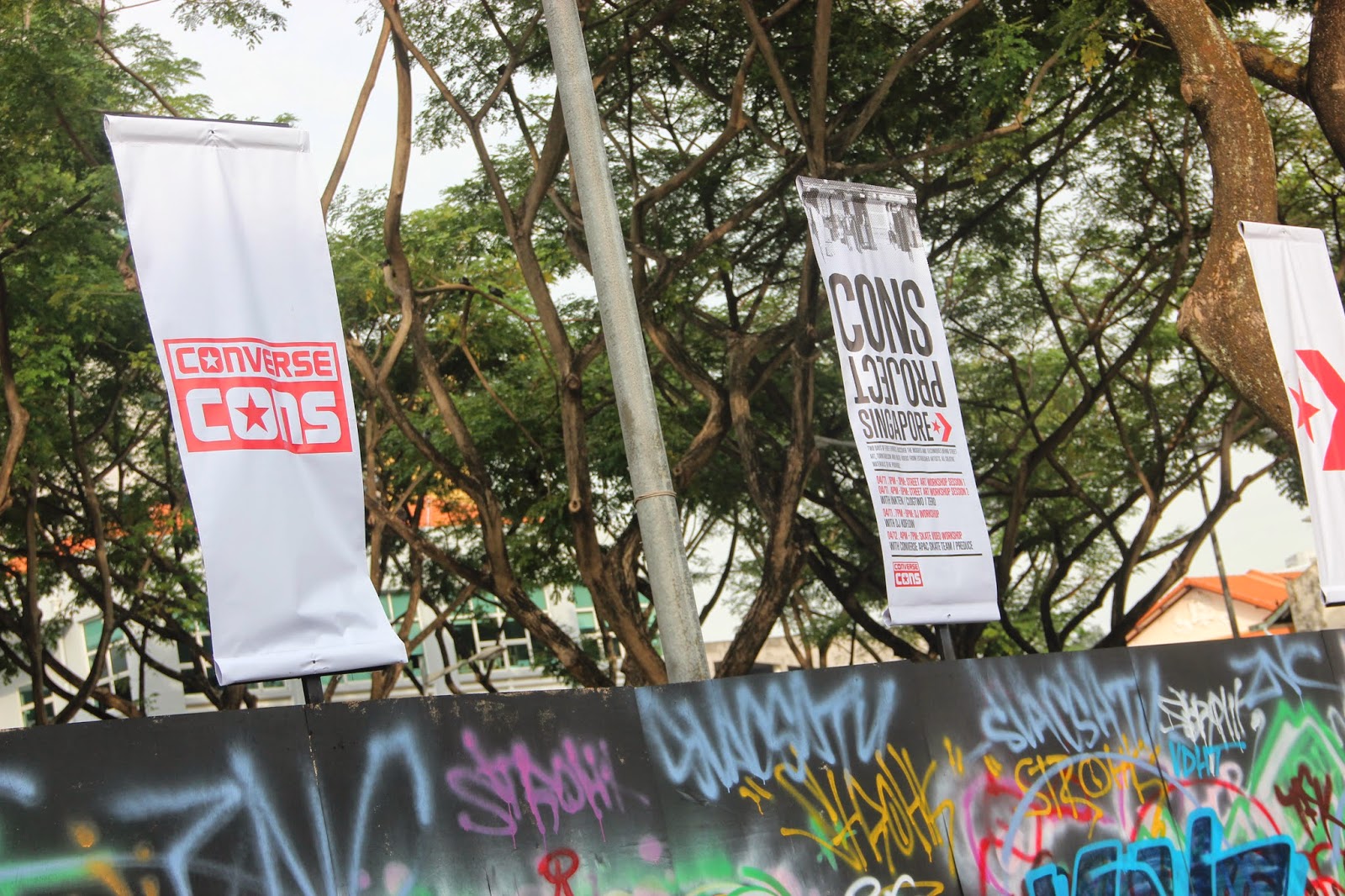 The past two days have been time well spent, and I definitely would look forward to more future events such as this.