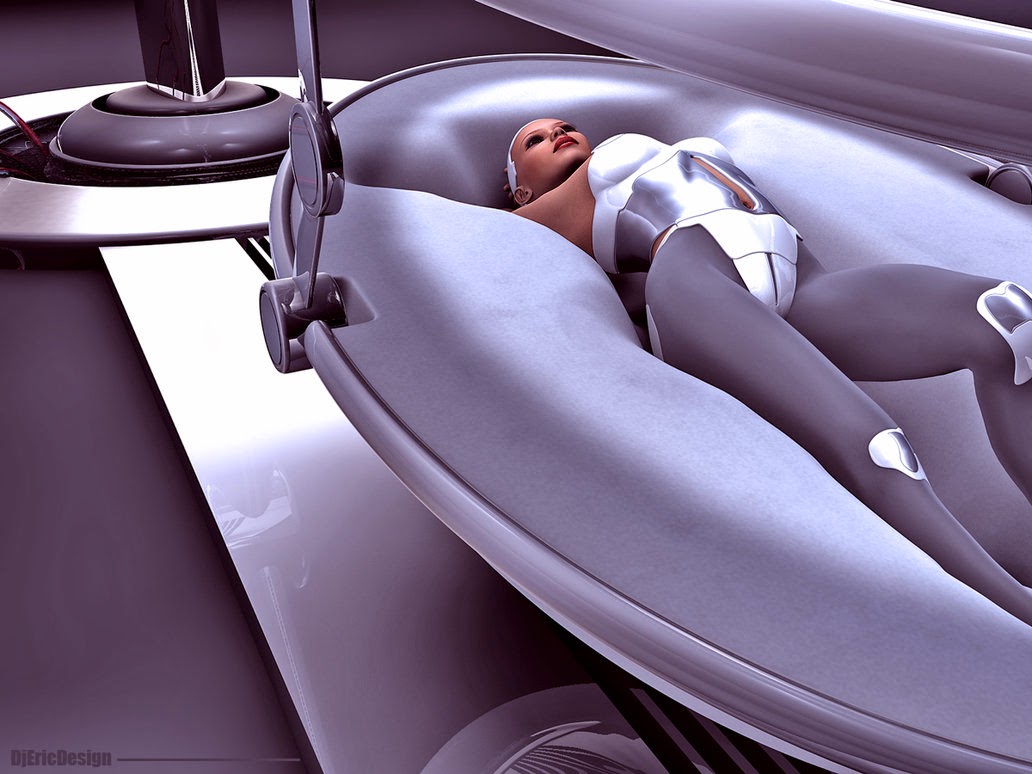 "The Galaxy is in danger, John. The Keepers are returning, and the Galactic Council is too tied up in their little bickering to notice this threat. I am too old for mission like this, and if there's anyone who can stop the Keepers from annihilating us all, it would be you. You're hero who helped humanity stood their ground in the Second Conflict, and I believe that you will help humanity withstand this impending disaster too."

John eyed his captain as the captain took a puff of smoke in. The captain's eyes were filled with weariness, perhaps a testimony to all the battles that he endured. John was excited to be finally given this chance, but at the same time he felt bad too. He felt that he pushing his captain aside, and depriving his captain of a last chance of glory. If given a chance, John would still gladly follow the lead of his captain, knowing full well that if anyone who can save the galaxy, it would be his captain.

But then again, John also knew that all his captain needed now was some good ol’ rest. Expecting his captain to jump into the fray again would be just unfair for him. It is John’s time to shoulder the burden, and he would be more than willing to do it.


John thought of the great things that he needed to do to set everything straight. He had already plans in motion. First he would quell the rebellion of the outer colonies, as his captain suggested, and then he would travel to the science facility that had gone dark in the Farha-B system.

Built near the edge of the Milky Way to study the empty space and galaxies that lie beyond, the science team had sent a message earlier about a Keeper relic, before all communication were lost with them. It would take several days for John to reach them, but at least he wanted to know if they have indeed uncovered any information that could help humanity in the upcoming war. John was excited and nervous alright.

John’s captain kept a steady gaze on John, waiting for John’s answer. Before John could shout out his answer, the sound of a buzzing alarm went off at the back of his head. The sound of the alarm grew in volume until it reached a steady tone, followed by an appearance of text message box in front of his captain. John grumbled at the sudden change in his surroundings, knowing fully well what the sound of the alarm and the appearance of the text box meant. It was time to return to the dull part of his life. The message box displayed a timer indicating the time John has left before he was automatically logged out, and he grudgingly moved his hand towards the message box, and made a tapping motion with his hand.

At John’s hand tap, the room that John was standing in together with his captain began blur out, before fading into a darkness. The sound of hatches releasing soon followed, and dull orange light invaded John’s vision as he slowly opened his eyes. Around him, about four to five other men emerged from their own sleeping pod as well, each dressed in the exact same outfit as John.

Just another nine hours before he could go back to his life again, John thought. And by his life he meant the one in which he spent inside the pod.

More than a few hundred million kilometres away, two figures stood in a well-furnished room. They were eyeing the view that laid before the well-polished windows of the room, a glass of wine in each of their hands. The ray from the afternoon sun casted it’s light gently into the room, dented by the tint that adorned the ceiling high windows.

“You know, I sometimes don’t feel right with how our world has become,” one of the figure suddenly spoke. He was wearing a well-pressed suit and pants, with expensive looking shoes, all of which seemed to shout out how important he is.

“What do you mean, Mr Zeke?” his companion asked, wearing similarly expensive clothes. He took a sip of the wine as he spoke, savouring the texture and taste of a droid grown wine.

“I don’t know Mr Teal. I was reading the book written by this certain professor about how life used to be before the Second Life technology came about. The book was saying about how everyone used to have a dream to succeed in life, this life that we’re living in I mean, and how everyone had a fair chance to actually do succeed. People do try to uplift their lives despite their circumstances, instead of being forever trapped in a population, like what we have now,” Mr Zeke answered.

“And why don’t you feel right with what our world has become, Mr Zeke?” Mr Teal continued to probe.

“It almost seem too dystopian, don’t you see? With the Second Life technology, humanity has lost the drive that we used to have. The ideals that we use to hold. The American dream, as you Americans used to sell. It seemed that when humans were able to immerse themselves into a seemingly open ended virtual world, the most of us just choose to lose ourselves in it. It’s like a drug we’re addicted to, and by offering this Second Life technology to the masses, it seems like we’re encouraging the addiction to the entire species as a whole,” said Mr Zeke. He walked back and forth near the windows as he spoke, looking at the other buildings that circled the lake, each of them reaching to the sky in their own concrete figure.

Mr Teal eyed Mr Zeke as he paced alongside the windows, listening to the same argument that he has had several times before. Like those who had put forth this ethical argument, Mr Zeke was an idealist. And like all idealists who only knew how to spout moralistic arguments from the comfort of their life without considering the practicality of how life should be, Mr Zeke had no idea of the forces that keeps him in place where he is right now. At least that’s how Mr Teal felt. He had seen too many of these self-righteous individuals before, people had too much time on their hands, trying to create a problem where there is none.

“Now there, Mr Zeke, I am sure you remember the history of how Second Life came to be, along with the changing dynamics of our world right? Of how labour was increasingly mechanized, and how the income gap was increasingly widening?” Mr Teal began, preparing a speech that he had used too many times before. He waited for Mr Zeke to nod, before continuing.

“People were beginning to grow discontent, disappointed, and disillusioned even, at how unfair life was. The rich were getting richer, the poor poorer. It was a by-product of the system of earlier generation worked. The American dream had been an illusion that the elite used once upon a time to keep the lower class from rebelling and to keep them happy, but it was no longer working. The air of discontent was already growing, as the educated married with the educated, the rich with the rich, while the poor’s chances of breaking away from their background became increasingly limited. It was a self-reinforcing cycle, and before we knew it, almost every nation in the world had two designations in their cities, the area for the elite, and the area of the majority.”

Mr Teal emptied his glass, while Mr Zeke looked on, every part of him was hooked unto the story that Mr Teal was telling.

“The lack of job because of the creation of sophisticated drones and machines did not help quell the situation too. Everywhere we go, jobs like cashier, janitor and drivers were replaced with consistent and predictable machines. It wasn’t surprising that protests were increasing in frequency, and the world hinged on a major class war. And that was when the Second Life technology was announced by a gaming company.”

Mr Zeke remembered about that. He saw documentaries about the history of Second Life before, and he remembered how that technology caught the world in uproar. Boasted as a machine that gives individuals to experience gaming in a whole new dimension, Second Life allowed the brain of humans to step in to an entirely different world, much like a virtual reality, only that the individual need not move a muscle when in the machine. Everything happens in the mind itself. Some commentators equated the machine to what was seen in the movie The Matrix, and questioned about the effects the machine may have.

“Of course, the machine itself was too expensive to be bought individually by families, but one ingenious company decided to use it on its own worker base to pilot test a controversial theory during that time. The company offered a Second Life contract as a choice to the workers, where they would not be paid any cash for their work, but instead they would be offered free food and lodging, in addition to unlimited free personal Second Life experience during their off hours. Many doubt that the experiment would work, but by the second month, all of the employees in the company had opted for the Second Life contract instead of the traditional one. Of course there were complications with the contract initially, but the potential of the technology was picked up by governments as well, and after decades of tweaking, we have what we have now. Happiness has never been this high. You may say that it is an illusion of happiness, Mr Zeke, but doesn’t everything, your expensive suit included, give you an illusion of happiness? The people made a choice, Mr Zeke, and we are not angels or heroes who are required to enforce a moral code unto this universe. If it is not broken, why bother fixing it?”

Mr Teal’s eyes were staring intently at Mr Zeke now, and Mr Zeke was unsure of how to respond. It was true, what Mr Teal said. The Second Life technology is needed to pacify the masses. He shifted his gaze uncomfortably away from Mr Teal, and stared into the horizon.

Back on the clumpy corridors of the space station floating above Mars, John was walking happily back to his room, impatient and excited at what awaits him in his Second Life pod tonight. He had wanted to see the big space action when he chose this game, as he had always enjoyed exploring the magnificent space that lied beyond Earth.

He was only a mechanic fixing the drones that they will be using to set up the third human colony on Mars, but in his mind he is already Commander John, the protector of the universe. Sometimes he isn’t sure which part is reality and which is not anymore.