Of Ultraman and Anwar

The streets of Kuala Lumpur laid in smouldering ruins as residents began to slowly make their way out from the safety of their shelters. They could not believe the scene that stood before them. Ultraman laid dead before them, his body beginning to degenerate into millions of bright red particles. They floated slowly into the air, carried gently away by the wind. Ultraman was gone from the land of Malaysia.

In perhaps one of the biggest battle of the century, the home ministry of Malaysia has achieved what countless monsters could not. They have successfully eliminated the Ultraman. Headlines all over the world stood in disbelief as the news spread, wondering what else could the ever powerful Home Ministry of Malaysia (or the Hmm monster) be capable of next

Following their triumph in kicking Ultraman out of Malaysia, HMM has drawn out a list of other characters that they wish to pursue next, in their never-ending quest to preserve the feeble minds of young Malaysians. The characters are as follows, in no particular order.

Luke Skywalker may have saved the galaxy from the evil clutches of Darth Sidious and the oppressive empire, but that does not stop him from being targeted as he was widely suspected to be the force behind the founding of Jedism on Earth. With more than a 100 000 people responding with Jedism as their official religion in a 2012 census in England, HMM has believes that there is a legitimate reason to be concerned. The last thing that they would want is small children learning to force choke them from afar.

Witchcraft and magic has long been viewed as a tool of the devil since the middle ages, and therefore any characters who directly or indirectly promotes the use of magic shall be treated as an agent of the devil. At least that was the reasoning used by HMM. According to HMM, the portrayal of how Harry Potter and their friends in using magic may confuse young minds, and the last thing HMM wants is kids trying to make themselves float in the air. Or using mistakenly summoning Baal from the realms of hell using their unpracticed magic.

Harry Potter may cease to be the "boy who lived" once HMM is done with him.

With his powers to grab almost anything out from his pocket, HMM worries that kids would turn to him instead of prayers when they want something, therefore Doraemon needs to be eliminated as well

Wait, there's another group of people who can summon giant robots from the sky and battle monsters? No way man. Only Petronas Twin Towers can be as tall as the monsters. Power Rangers need to go as well. 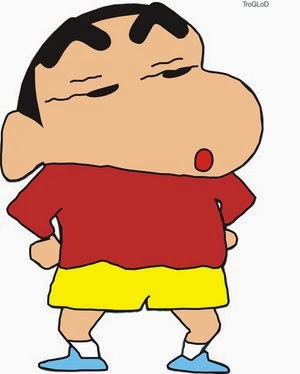 Is there any need to explain this guy? For the longest time he has been running around naked with no pants (nor underwear), challenging his mum and being the most perverted kid ever to be created. With so many gullible young minds around, HMM is afraid that reading Shin Chan may cause children around Malaysia to run around naked too. They are also beginning to suspect that by banning Shin Chan, the sexual crime rates of Malaysia may just go down (it has nothing to do with the police's incompetency, it's the influence of Shin Chan!) and children may be more obedient as well to their parents.

There can be only one God in Malaysia, and having another figure call himself God of Thunder may be just as confusing. I mean, if you have only one God of Thunder, where is the God of Wind or the God of Sun? It's all too confusing to be comprehending so many Gods for the small minds of Malaysians, and therefore HMM is thinking of banning Thor as well to save all the trouble. Besides, his sexy abs could be too much of a distraction for the females too, HMM felt.

Of course, the list of characters that HMM can ban on the basis of confusion can go on and on. In fact, I have a feeling that almost every fictional character should be banned for the sanity of our feeble minds, in case we cannot comprehend what's real and what's not. After all, we do not want people to be growing up worshiping Ultraman right?

Anyways, on a more somber note, I had just received news that Anwar (or rather it appeared on my news feed) had failed to overturn the sodomy trial, as he is now found guilty and jailed for five years. It was outrageous decision, and Malaysians have once again took to the internet to vent their anger and frustration. A solidarity rally will be held tonight at the Kajang stadium, but as far as I know, that would be about it.

However, I have the suspicion that one assembly itself would not change anything, because after all, we have done it time and time again (during the Black 505 and the goods price increase) with no effect. The current government may just brush off the one off assembly as a minor event, where Malaysians get to voice their unhappiness for the night, go home and nothing changes. Perhaps the central question is this: Do Malaysians possess enough willpower to carry out what was done in Kiev, Bangkok and Venezuela? After all, when legitimate ways have been exhausted and the government refuses to listen, there is very little that a normal citizen can do.

Of course, I believe that it would be very unlikely, given how fragmented our society is and how we have been trumpeted the mantra of maintaining law and order nor matter what. At the end of the day, nothing changes. Anwar would still go to jail and BN would still rule the day, while those who are discontent can only choose to leave or hope that the next election would be better (how many actually believe that we can change the government through means of election, anyway).

To be honest, I think that when it comes to manipulating people, Malaysian government has done a way better job than the previous administration at Kiev and Bangkok in dividing and ruling the people according to race and religion mentality. Because that would be the only way to prevent the people from rising up as one force to challenge the ruling government. Sad, but true. But I guess I have no place to comment after all, since I chose to leave and give up the fight. Oh well. GGWP indeed, Malaysia.