I found my dream job today while reading CNN today. It's an analyst. Why an analyst, you might ask? Well, just take a look on this article screenshot that I got from the current Ukraine crisis. Text you need to read is boxed in red. 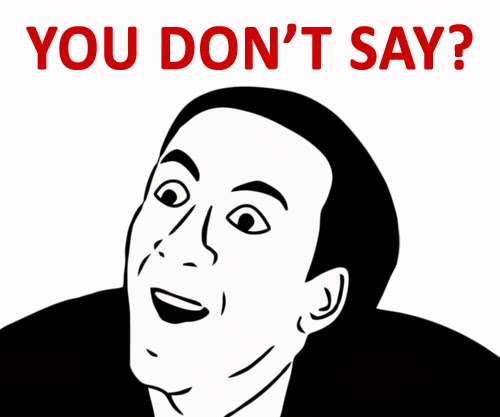 I mean what else could they do? Have a party with Vodka and go home? It's not the first time that I am seeing supposed analysts saying something that is darned right obvious with no specific predictions. And I have a feeling that even if these analysts predicted wrongly, they would still not lose their job. After all, if they can actually accurately predict how things would turn out, they would be called psychics or prophets, wouldn't they?

Which is why being an analyst is an awesome job. And it's not only the first time I'm seeing statements like this though.If anything, one could sound like Captain Obvious for pointing those out. All an analyst have to do is to sit on a chair, and make some possible outcomes of a situation when people ask. I can already see myself in an analyst's shoes now.

Analyst Luke predicts that the sun would probably shine tomorrow if the clouds do not block it.

Analyst Luke says that the haze in Singapore could only worsen if the open burning does not stop. He also adds that the lack of rain would only further cause the situation to deteriorate.

Not only that, analyst Luke says that the growing haze particles in the air would cause more respiratory problems

Analyst Luke told the media that the increased media coverage of him would only make him more famous.

Analyst Luke says that if the two countries chooses not to become enemies, they could become friends instead.

Analyst Luke found that the more you drink,the higher the chance you would want to pee.


So how? I got talent right?