With so many trailers and posters around, I thought it would be good to catch Dreamwork's latest movie Mr Peabody and Sherman. After all, a movie about a dog adopting a kid with a time travel backdrop does sound interesting, and not to mention the 78% ratings it holds at Rotten Tomatoes and 7.1 at IMDB.

Sadly, while both of my friends loved the movie, I find it to be only mildly appealing. 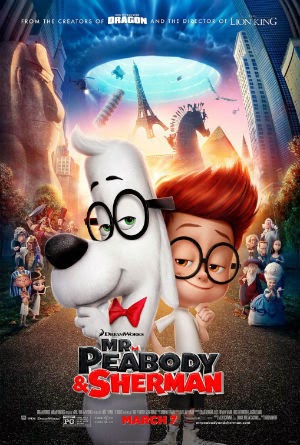 For starters, I didn't quite like how the movie is full of punny jokes. The first or second time brought chuckles, but after a while it tends to get boring and overused. I had gone to the movie expecting original jokes, but it seemed as if the scriptwriter decided to go lazy and just dump all the punny jokes into the movie without having to think of any original funny lines. That, or he must have been eel. 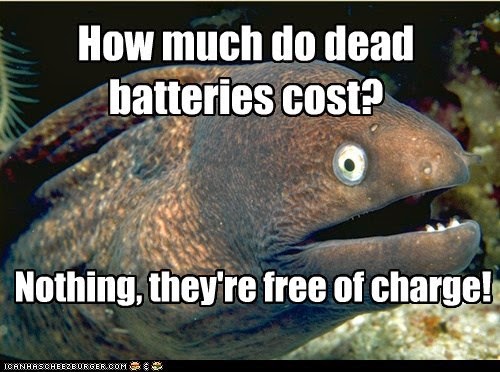 I'm not kidding, I laughed less than five times the entire movie.

Aside from that, the characters themselves were quite difficult to relate to. Other than Mr Peabody himself, the rest of the cast seemed to have too much of a one sided personality to adequately compensate for the story. Sherman was pictured from the start as a blur boy who can never seem to learn anything, while Penny was the evil girl who suddenly turned nice in an instant without any reason. The changes in the characters were abrupt and forced, I felt, just to make the plot move. Also, I hated how the movie portrayed Ms Grunion as the convenient dog hater whose sole purpose in life seemed to disrupt Mr Peabody's life. Nothing else. Too shallow and simplistic, I would say. If there was a word for doggist (as for racist), she would be it.

Also, they really never quite explain why every single person in the history spoke English (the wiki entry for the 90s cartoon series said that Mr Peabody installed a translator, but nowhere was it mentioned in the movie). 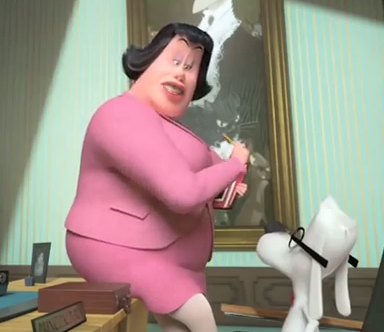 But then again, it's a children's movie, I so I guess they had to make everything simple for the children to understand. With the exception of Bill Clinton saying "I've done worse" in reference to his sexual trysts, which I find to be somewhat poor in taste, that is. So I'm not complaining.

After all, I did enjoy the parts where they portrayed the ancient world with all their own rendition of the historical characters like Leonardo Da Vinci and Beethoven, which was refreshing and funny. Also, the graphics was a delight to watch. The struggle of Mr Peabody trying to keep Sherman, as well as the puppy love (forgive the pun) relationship between Sherman and Penny was quite enjoyable, and perhaps cute, to watch. It was interesting to see how they tried to portray Sherman's growth as well, though it did end up quite awkwardly in my eyes.

Nevertheless, the movie is quite enjoyable if you're not looking for some mental acrobatics and just want some sweet and short entertainment. As for me, I am sad that my inner kid has officially decided to grow up. A 3/5 for me, I would say.