Everyone has their one idea on how a perfect boyfriend/girlfriend should be. Some want their significant other to be spontaneous and on the go, while others would prefer a quieter and timid person. When it comes to finding our perfect match, each of our requirements is different. After all, diversity is part of humanity's special trait. And I guess that is why sites like Thought Catalog have been brimming with articles suggesting you to date a guy who does this, or date a girl who does that.

As for myself, I thought I would try to jump into the bandwagon too by writing something related to the person that you should date. It's merely a personal opinion, and I think it applies more to guys than girls, but it's still somewhat universal too, I guess. It's something that I noticed and came to learn as life progressed. The thing that I want to say? Date an average looking girl. Especially when you are looking for a long term relationship. 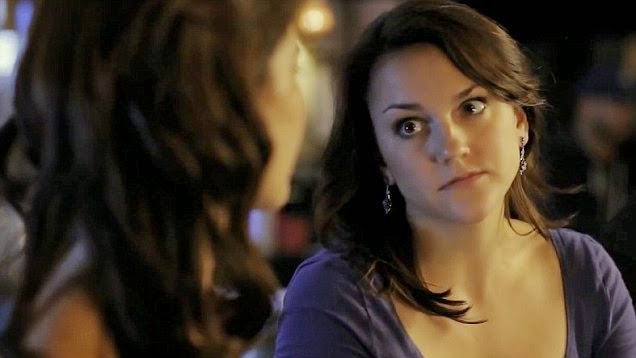 Why? Because outer beauty fades. Your girlfriend with model-like appearance will not look the same 20 years down the road, no matter how hard she tries. She will still not be as hot as you first dated her when she has your first child, more so after your child has their own child. There will be a time when she will have wrinkles and white hair, her curves no longer there, and still you will need to love her the same way you did when you first saw her. If looks was a big reason why you went after her, you will find that once the beauty dissipates, your love for her will be gone too.

Date an average looking girl, because you will be forced to look for something else in her to love, not just looks. You will love her for her jokes, her interests, her intellect, and her passion instead of how pretty she is. You will learn to look beyond what lies before your eyes, and come to appreciate who she is on the inside, rather than her appearance on the outside. Your relationship will be based on how both of you connect emotionally, spiritually and intellectually, rather than just physically. And more importantly, personalities last. Even though she may be old and wrinkled 50 years from now, she will still be the same person inside. The girl whom you have always known to be, who fun loving and yet kind at the same time.

Date an average looking girl, because you know it is real. Researchers have consistently found that men are stupider when exposed to a pretty female face, and how looking at a female face turns off the part of the brain involved in logical thinking in guys, and the last thing you want is to be rushing into a relationship with a pretty girl just because you're driven by lust and the raging hormones inside you. We all know that relationships like this won't last, and the feelings will just die down after the hormones subside.

Date an average looking girl, because she does not have the entitlement that is usually bestowed upon a pretty girl, and that makes her a stronger and better person. People who are good looking generally have an easier life, because first impression counts and we are all affected by looks (called the Halo effect), and someone without the looks would know how to take life on based on their abilities alone. They are less spoiled and pampered in life, and therefore makes a better person to be with in the long run.