An Extension, As Well As An Exploration On The Question Of Will 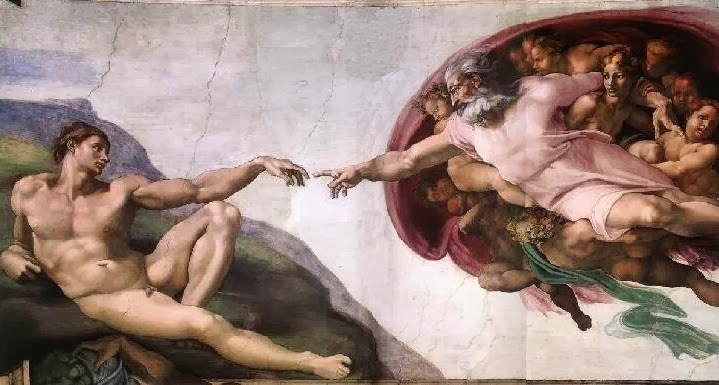 Finally, time. Time to sit down and properly write something without rushing through the words, having to produce something by the end of 30 minutes. Today's post going to be an extension over what I written yesterday, and the possible beliefs out there. The question is a complicated one, and do forgive me if I cannot bring myself to articulate my arguments clearly enough. My English is only so limited to explain such a complex idea.

The question of will, whether we are in control of our own actions and life's outcome, has been in debate for the longest time ever. Even today, people are still talking about it, with nowhere closer to the answer than where have we started. There are those that believe that humans are not entirely in control of our own actions, that our free will is somewhat limited by other factors, for example the hormones currently running in our body and the expression of of our genes. Choice of action, as we would all understand, has to do our daily behaviour. For example, whether we are studying our playing computer games. To put it into mathematical formula, the choice of our action could be somehow be broken down in this way:

Our choice of action = Our free will + our hormones + our genes

However, this is but only one of the many viewpoints out there. There are those who believe that our choice of action are not influence by our will at all and there are those who postulates that there are more than three factors that influences our choice of action. For those of you who have studied statistics before, you would notice that the formula that I used resembles the statistical method of regression, where several variables are used to predict an outcome. The variables themselves can be further broken down according to the percentage of the roles that they predict, for example if you're a firm believer in free will, you can further define the formula as:


Of course, the percentage effect assigned to the various variables make all the difference. If you believe that genes are more than 80% accountable for our actions, then there's really no need to bother in teaching children to control their actions, since it's the genes who are exerting the largest influence. All you need is to ensure that the genes are good, and they will turn out good. The viewpoint that you adopt is an important one, because it will determine bigger questions such as government policies, scientific effort and so on.

For the purpose of today's post, the notion of our life's outcome must be defined too. And I believe that the most common perception that we all have is that our outcome in life is somewhat affected by our actions, without forgetting the idea of random events that something might just happen, like a plane dropping out from the sky. Expressed in an equation, it would be something like this:

Expressed in a sequence sort of way, you could say that the variables that influences our choice of action will somehow influence our outcome in life too. At least that's the viewpoint without God.

Now, lets say we bring in God. Assume that you believe in an omnipotent God that can control all of the aspects of life. Where would his influence be? In our choice of actions, or in our outcome in life?

Of course, a God that meddles in our day to day course of action wouldn't be a very benign God, so we will have to assume that God can only interfere in the outcome of our life. He cannot influence our choice of action, feelings and thoughts as such. Our choice of action must be 100% of ours. Or else salvation wouldn't work. Because God could just influence us to love him and accept him. Like a programmer who controls the characters in his game to worship him. In order for God's love to be true love, He has to let us choose for ourselves, whether we want to accept him or not. Just like how we cannot bend our crush's will to love us, it I would believe that it is the same for God too. Just like when we're trying to court our crush, we can change our actions to try to impress our crush, to tilt them to maybe like us, but ultimately we cannot just snap a finger and make them like us straight.


But that itself introduces a new complication there. If God cannot influences human's actions, some of the outcome in our life may not be directly be influence-able by God as well. For example, the situation where our new spouse dumps us even though we have done all the right things. Or the job where our boss decided to fire us. If God cannot control our course of actions, neither can He influence the actions of others right? Therefore the action of our spouse dumping us must somehow be the subjected to what is happening inside our spouse alone right, since we are agreeing for each and everyone of us:


Of course, if you choose to argue that perhaps that God can somehow influence the actions of men, then that would introduce a whole load of problem right? For example if you kill someone, or if you rape someone, and what happens if part of the course of the action is influenced by God as part of his plans? Of course, a counter argument is that God will never make us do evil things, but one prime example I can think of is how the pharaoh hardened his heart because God interfered. In a way, by invoking God's will, the entire argument breaks down. Which is why I find it hard to believe in God's will, like how our outcome in life is determined by a big plan.

Perhaps what God can change or influence is accidents like a train breakdown or a volcano eruption, but even for a train breakdown, it is the result of human error, which is the effect of human actions (failure to maintain properly, hiring not enough people).

So what is God's will indeed? My brain has stopped functioning for now already, so would appreciate any comments or perhaps an extension to this viewpoint.