I've found Jesus today. And he promised to help me smite all my enemies. With the exception of bosses. Which is quite sad, because I thought he was supposed to be God. 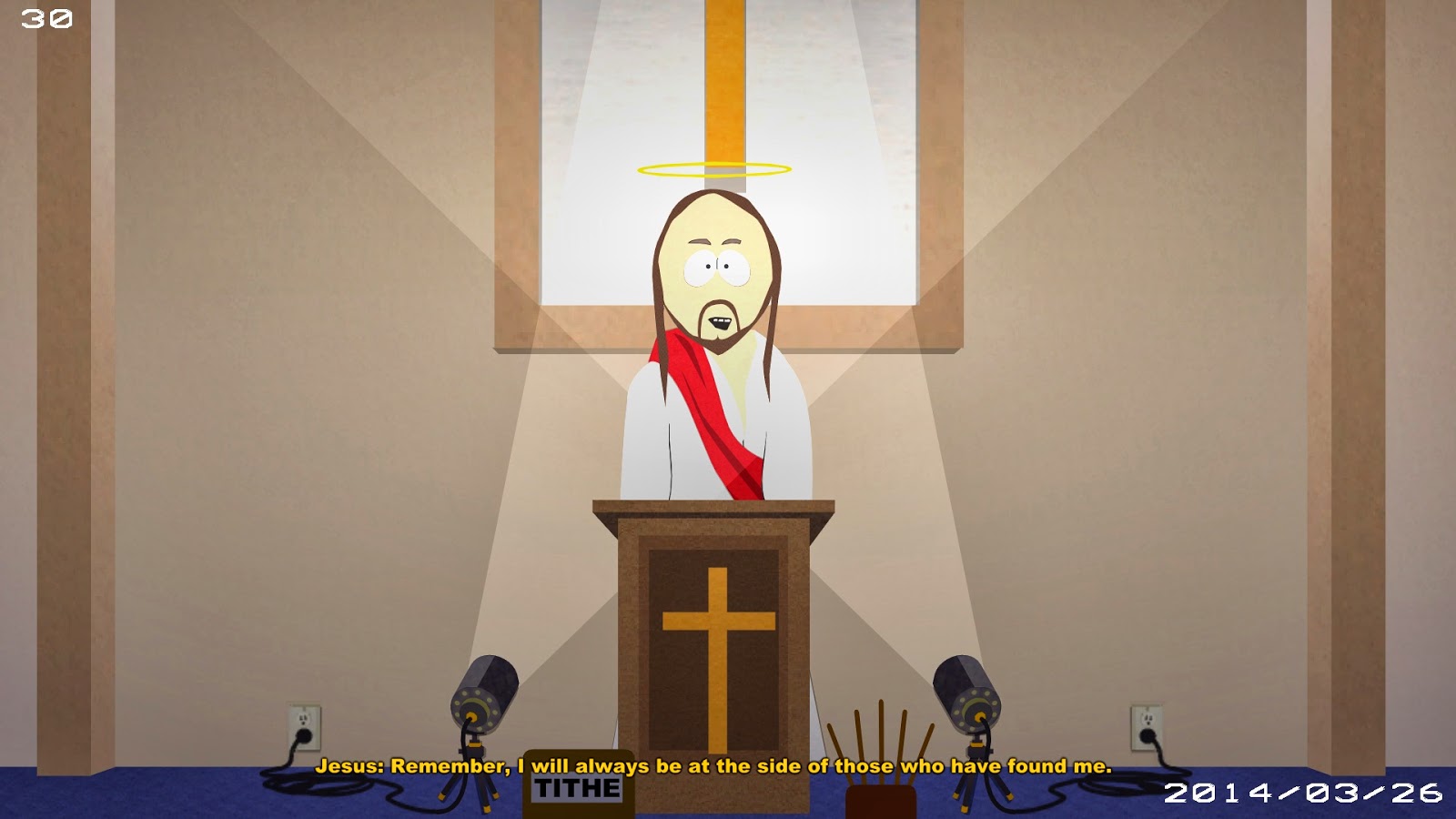 I was also involved in the longest battle in my life so far, fighting with the paranoid and attention seeking Al Gore. Who knew unfriending someone on Facebook had to take so much effort? Not to mention how he cheated by calling secret service agents against a fourth grade kid. Jeez. 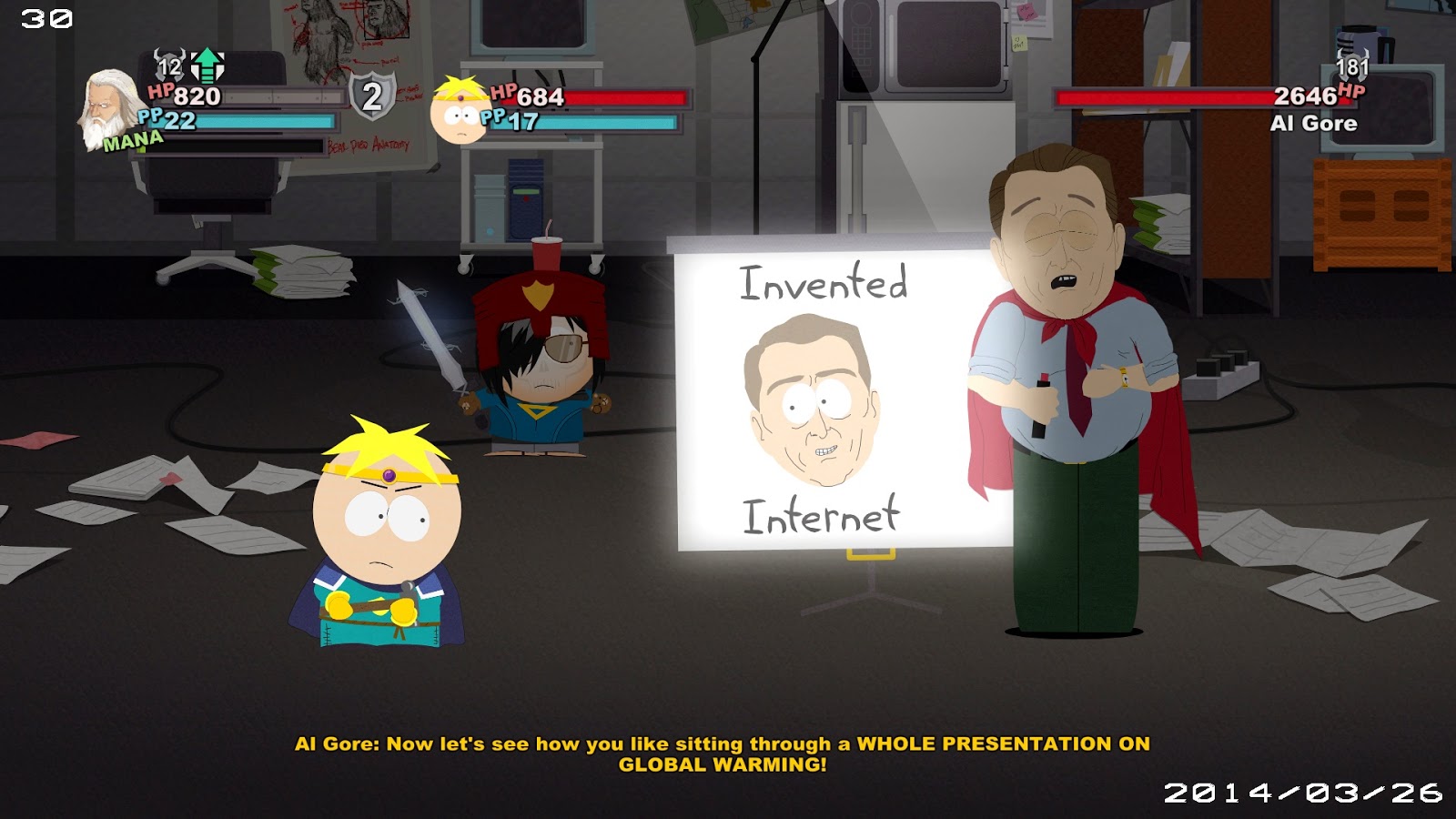 Oh wait, the longest battle that I had in gaming was not in South Park, it was in a MMO raid dungeon. I think nothing can ever beat the two hour tanking ordeal of raid dungeons in MMOs. NOTHING.

I wonder what tomorrow has in store in South Park?