The Lego Movie: Everything is awesome!

It's hard not to be skeptical of a movie that is inspired by generic building blocks that you loved to play since young. But with the freedom to draw references to almost every popular pop culture out there (including Batman, Star Wars, Superman and what nots), and the ability to intertwined two stories beautifully together, Lego Movie had just managed to deliver the right dose entertainment without overdoing the puns or storyline. It was a movie that was worth watching. 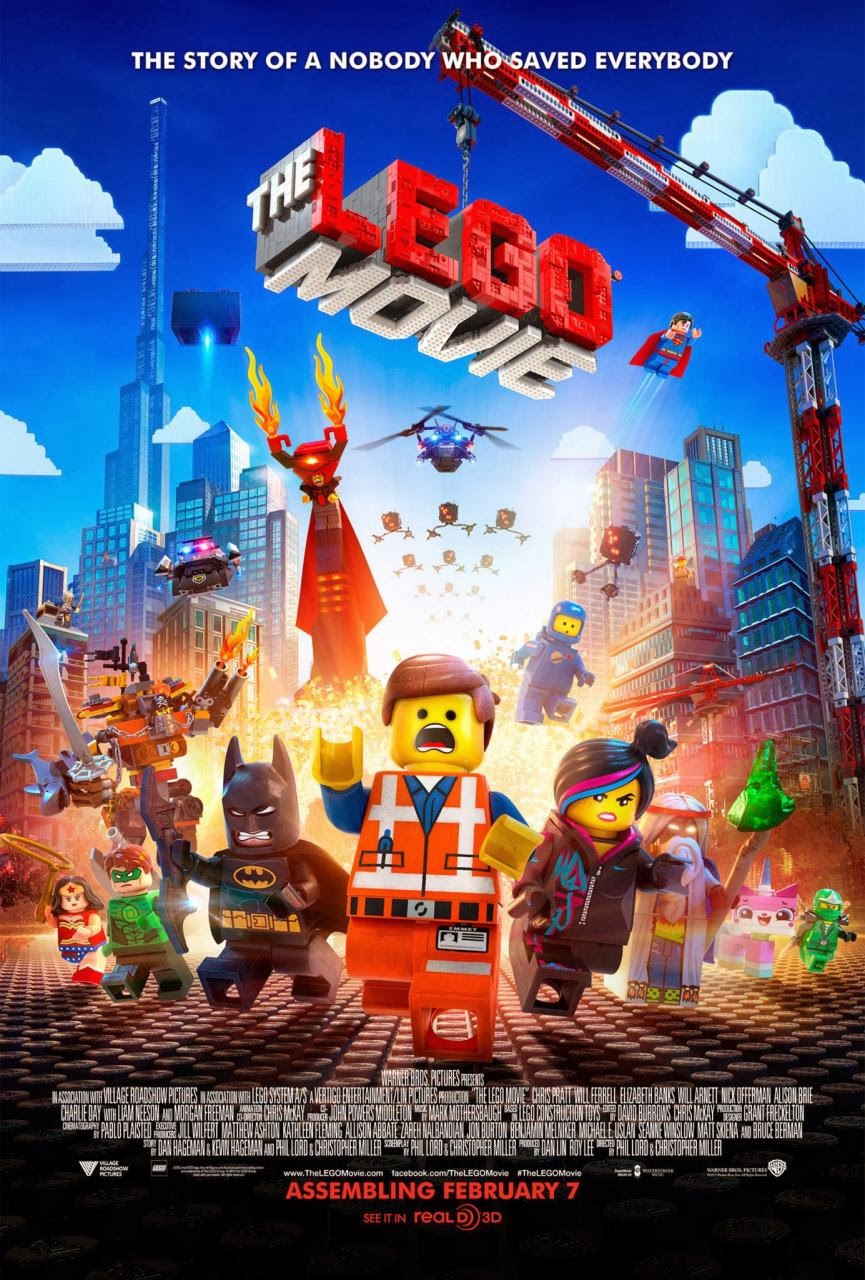 The reason why it was such a great movie, I think, was how it manages to blend two things together rather seamlessly. One was pure silly entertainment, delivered through puns, references and plain in your face pranks and jokes; and the second was the storyline (in fact two storyline, but I cannot divulge too much in fears of spoiling the story) and the messages contained in the two storyline.

The first storyline was about what you could see in the trailer, about how a nobody was expected to save the world, a formula that was used countless of times but somehow Lego movie was able to bring it to a whole new level (I learned a new term today: prodigious emptiness) without making it look too stale. Emmett is a surprisingly lovable and relatable character despite all his faults (or rather lack of it), and together with the sterling cast, manages to deliver a solid performance. It aims to be inspiring as well with a message behind it, about how you should believe in yourself, and it was kinda interesting to see how it was portrayed.

The second storyline (also a twist) only appears near the end of the movie, but I find it interesting how they slotted it in to tie in with the entire movie, to not make the movie to fantasy like. It's something that you can definitely relate to when you were young, and I find it beautiful how they portrayed everything. You have to watch it for yourself to understand this part, because I think it's a good twist to the movie that is not worth spoiling.

The animation of the characters as well as the actions also looks refreshing, in addition to the beautifully coloured and myriad worlds. The journey itself was enjoyable together with the various different characters, and most of the film moments are filled with laughter and comedy.

If you are looking for some mindless entertainment without not too much of a heavy content, as well as some message behind all the action and comedy, Lego Movie is the movie for you. It's not entirely a groundbreaking movie, but it is one of the better entertaining movies where the comedy is not too stupid or lame at the same time. I would give it a 8/10, a film that is worth watching.