The Girl In The Black Dress 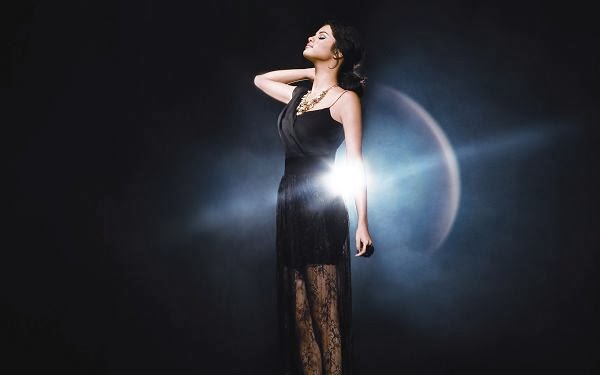 Kevin attempted to wriggle his body to the blaring music and the thumping beats, as the strobe lights flashed above him. But tried as he might, he was not able to bring himself to enjoy the music, to merely dance away and to give in to the flow. The sound that came from the speakers was a tune that he neither understood nor loved, and the effects from the alcohol that he ingested two hours ago was starting to wear off. If anything, he was feeling tired rather than high, and soon he allowed himself to lean on the fall as the party goers shook their body to the beat around him, some rather awkwardly that made him wonder if they were there to dance or rather for another purpose.

He was still wriggling in his corner when he saw two girls walked in front of him, and stood on the elevated platform just a few feet away from him. The first girl was wearing a red dress, her hair highlighted in a bright blonde colour, her lips as red as her dress. She was leading another girl by her her hands, slightly taller than the girl in red, dressed gracefully in black, complimenting her hair colour. Both of them stood out from the crowd as they were the only girls on the dance floor without a male escort, and Kevin eyed them curiously, wondering what would happen as the two girls started moving their bodies to the music, their movements taking a life of its own, seductively calling out to any guys who were in the vicinity.

And sure enough, guys soon began to approach them. It was a club after all, where the majority people are there for short hook ups. At least that's what Kevin thought.

Two white guys were the first ones who made their move. Kevin saw as one guy walked up to the girl in red, while his friend tried to tackle the girl in the black dress. The first guy seemed to say something to the girl in red, the way how all guys would talk to girls in club by bringing his mouth close to her hers, as if marking his territory, and soon after the girl in red had her hands on his shoulders. His friend however, was not as successful, as he tried standing next to the girl in black, dancing to his own beat and raising his hands towards the girl, trying to engage her, to get her to perhaps do what her friend was doing. But he only succeeded in making the girl standing further away from him, and not establishing any eye contact with him. Gradually he took the message, and left.

Kevin watched with a slight amazement at how guy after guy tried to approach the girl in the black dress, to try to get her to dance with them, but all to no avail. One guy tried to stand behind her and started rubbing himself against her, which only resulted in her eventually leaving the dance floor together with her friend. He watched as her face grimaced with frustration every time a guy walked up to her and shouted across to her, as if saying that she wanted to dance alone and not have anyone to disturb her.

A small voice inside of Kevin's head probed him to try his luck, saying that perhaps he's the one she's been waiting for, but seeing how even a smartly dressed guy with a expensive Rolex watch, which was one head taller than him got rejected, Kevin doubted his chance of success. And somehow he did not feel the need to really leave his comfort corner, reasoning that girls who club was probably not his taste anyway, it has never been his taste, so he continued to vibrate to the music in his cozy corner.

"One minute!" was the first voice that Kevin heard when the two girls came back from their short break, as one Chinese guy in a blue blazer attempted to negotiate a dance with the red dress girl. She furiously shook her head, but he either did not see it or ignored it, and carried her down from the platform to be in his arms. Eventually her arms were caressing his back, and perhaps sensing that he had a chance, his head went for her neck. Kevin watched as her friend, the girl in the black dress watched, and perhaps sensing too that her friend was watching, the girl in red pulled away. They eventually left the club, but not without the guy in the blue blazer following them.

When Kevin eventually left the club not long after them, he saw the three of them sitting at the riverside opposite of the club, the guy in the blue blazer chatting with the girl in red. The girl in the black dress looked restless as her eyes wandered around the surroundings of the club, and an impulse shot across Kevin's nerve system. He walked up to her, introduced himself in front of her, to the surprise of her friend in red and the guy in the blue blazer, and asked if she would like a walk with him. She agreed, much to his surprise, and they walked and talked along the river. He found out happily that she shares a lot of interests with him too, and they got along well and happy. It turns out that she was his perfect partner waiting to be found, and they ended up getting married and lived happily ever after.

Perhaps that would happen, or perhaps the opposite might happened. He walked up to her, and before he could introduce himself to her, a big fat NO landed on his face, and the guy with the blue grinned mockingly at him. The girl was so annoyed at Kevin that she in fact stood up, and gave him a big fat lecture, scarring Kevin for his life.

But that Kevin would never know. Because in the end, he did what most people would do in the situation. He walked away, utterly convinced that nothing great would eventually turned out from there. After all, she was someone he did not know. Like everything in life, the memory of her would eventually fade, and in the future, he would have forgotten that he had ever met her. In fact, he could not even remember her face already once he reached home. He was also unsure on whether it was a feeling of lust rather than love, and at the end of the day, he was just plain too cowardly to do anything. Perhaps he would just write something and put it online, to give himself a sort of closure, and to just let life do what life wants. She was, after all, only a girl in a black dress.