Revisiting Ipoh: A Day of Hills, Caves and Greenery

I have lived in Ipoh for almost twenty years and during that period of time, I did not really begin to appreciate the town that I came from. I suspect that it was because of the sense of familiarity or because I was still young during that time, but I remember reading an article in Washington Post about someone getting lost in Ipoh and finding it great here, while thinking to myself that the person ain't see much in the article itself. So I decided to go on a journey revisiting the city I grew up in, since Chinese New Year is already winding down and I had time to spare.

My first destination? All the caves and temples that makes Ipoh who she is. If you don't know, Ipoh is located in a valley in between different hills and mountains, and because of the feature of the mountains itself (which I think is marble based, correct me if I'm wrong), there are a lot of cave systems that gave rise to the collection of cave temples in Ipoh. 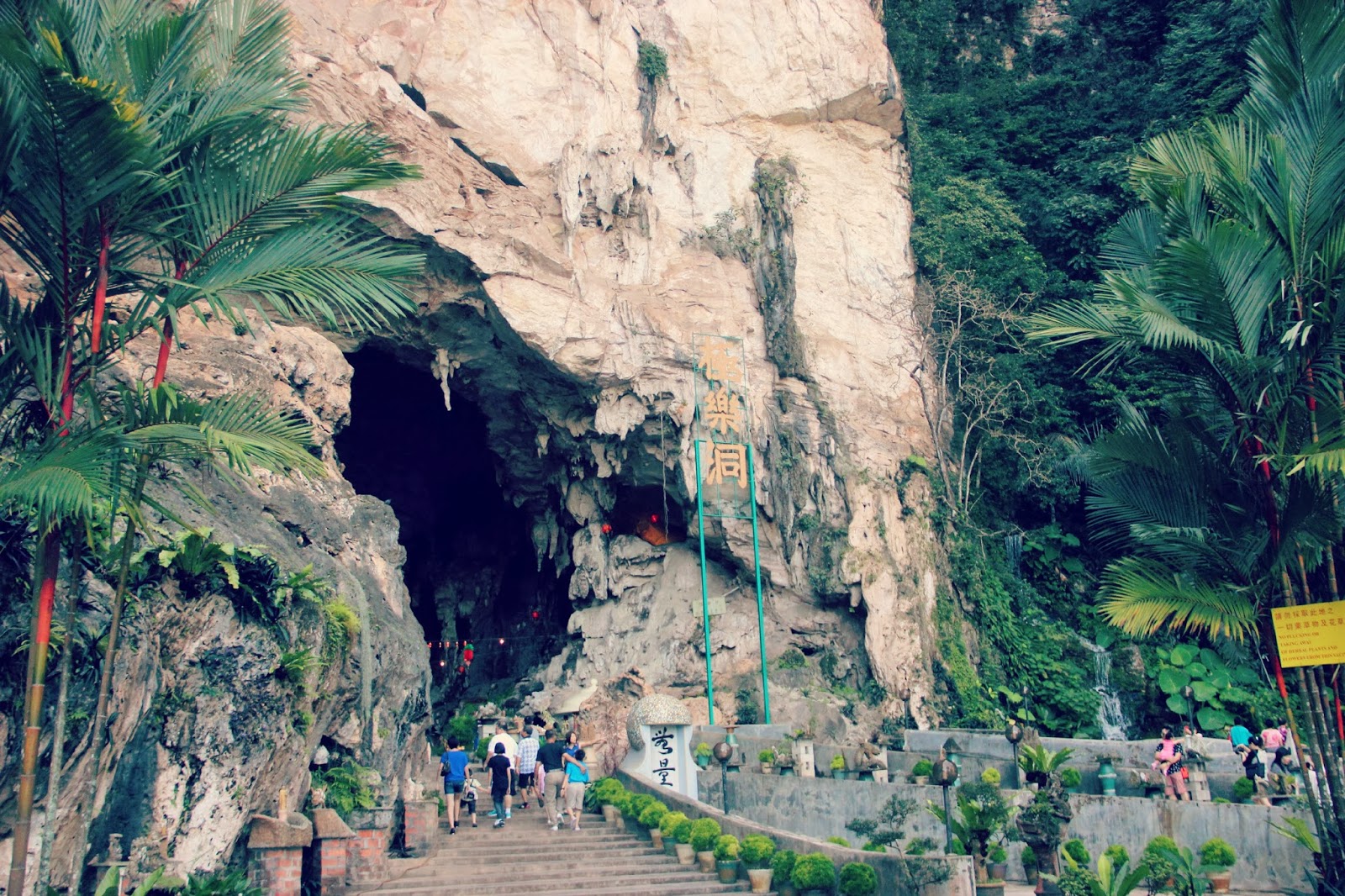 Located slightly further off the better know cave temples of Sam Poh Tong and Nan Thean Tong, Kek Look Tong in my opinion is slightly less commercialized and has a more impressive cave system, in that the main temple is really inside a cave. There's interesting rock formations as well inside, that looks incredibly breathtaking. In fact I think Kek Look Tong is the temple with the most well defined rock formations in a cave, out of all the places I visited for the day. 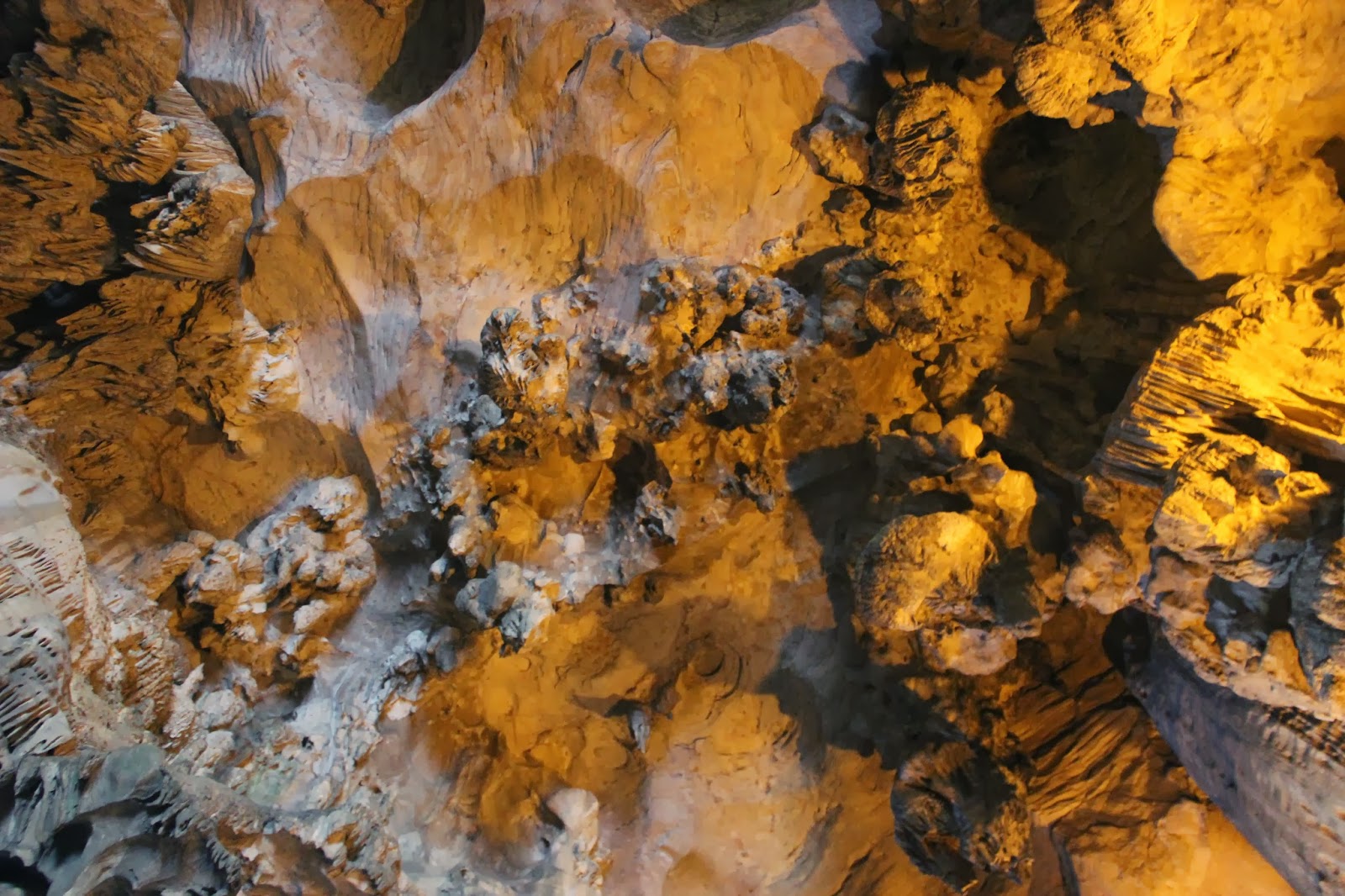 In addition to the rock formations, Kek Look Tong also boasts of a well kept and beautiful park at the end of the cave, which is perfect for a romantic stroll or a jog in the evening. 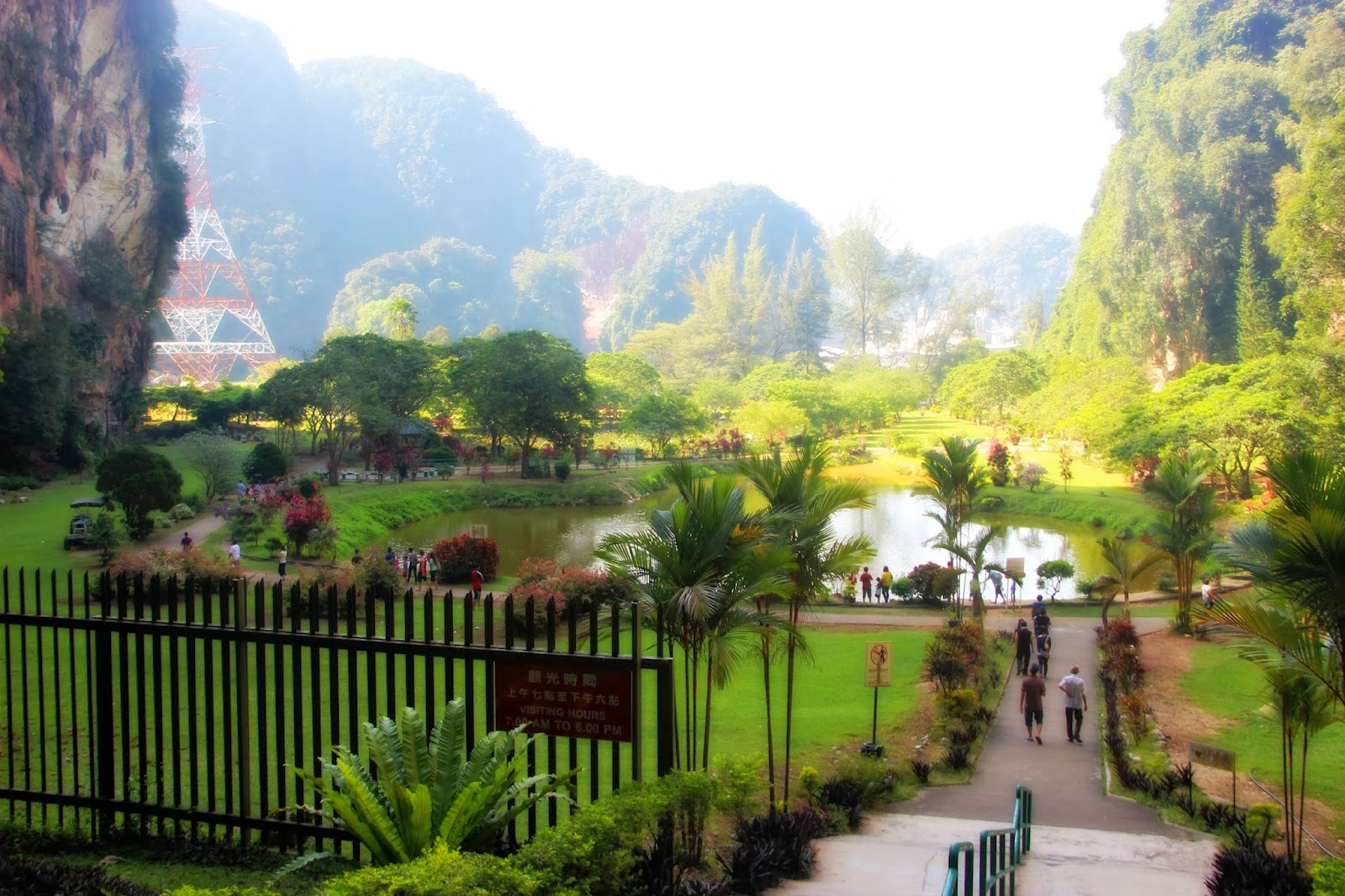 The park is located beautifully between two hills, which makes it kinda cooling and windy place to hang out at. Two lakes sit in the middle of the park, one of them filled with lotus flowers, and a joggers path circles the lake. The backdrop of the steel tower, as well as a factory nearby gives it an ironic and contrasting background to the serene environment of the park.

Kek Look Tong is less visited than the other temples in Ipoh and is more well kept in my opinion, which was why I liked it more than its other cousins. 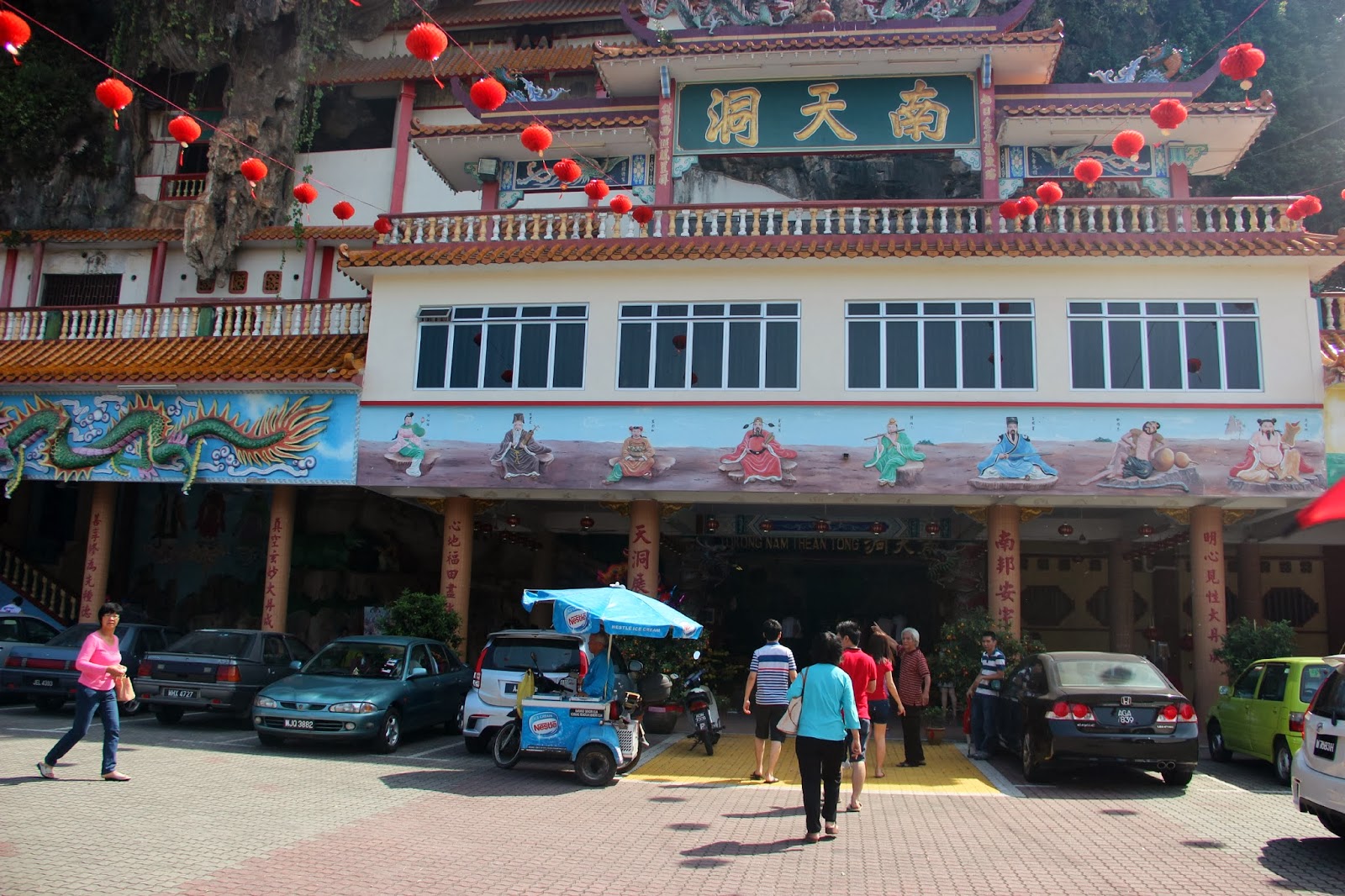 Facing the busy road that connects Gunung Rapat and Simpang Pulai to the city center of Ipoh, Nam Thean Tong is perhaps the most commercialized one of the five temples. With no cave system to start with (the temples mostly located not really deep within the caves), the place has the most collection of different deities for you to pray to. 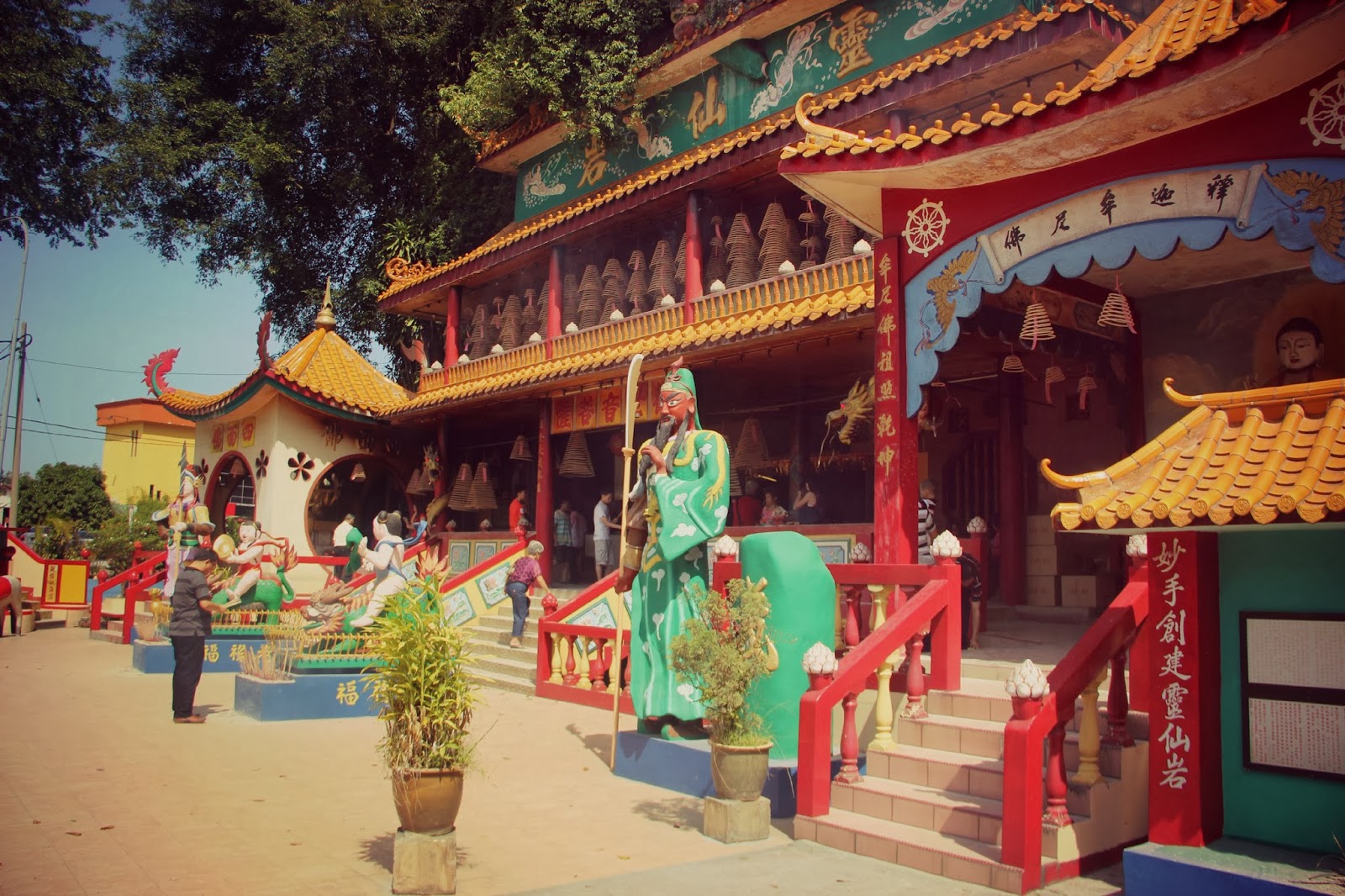 The place is thick with incense smoke and people, and there was even a Guan Yin statue that will pour water out when you kneel in front of her. Another interesting sight was also the place where they hang something like love wishes, which sadly does not have anything for single desperate guys. 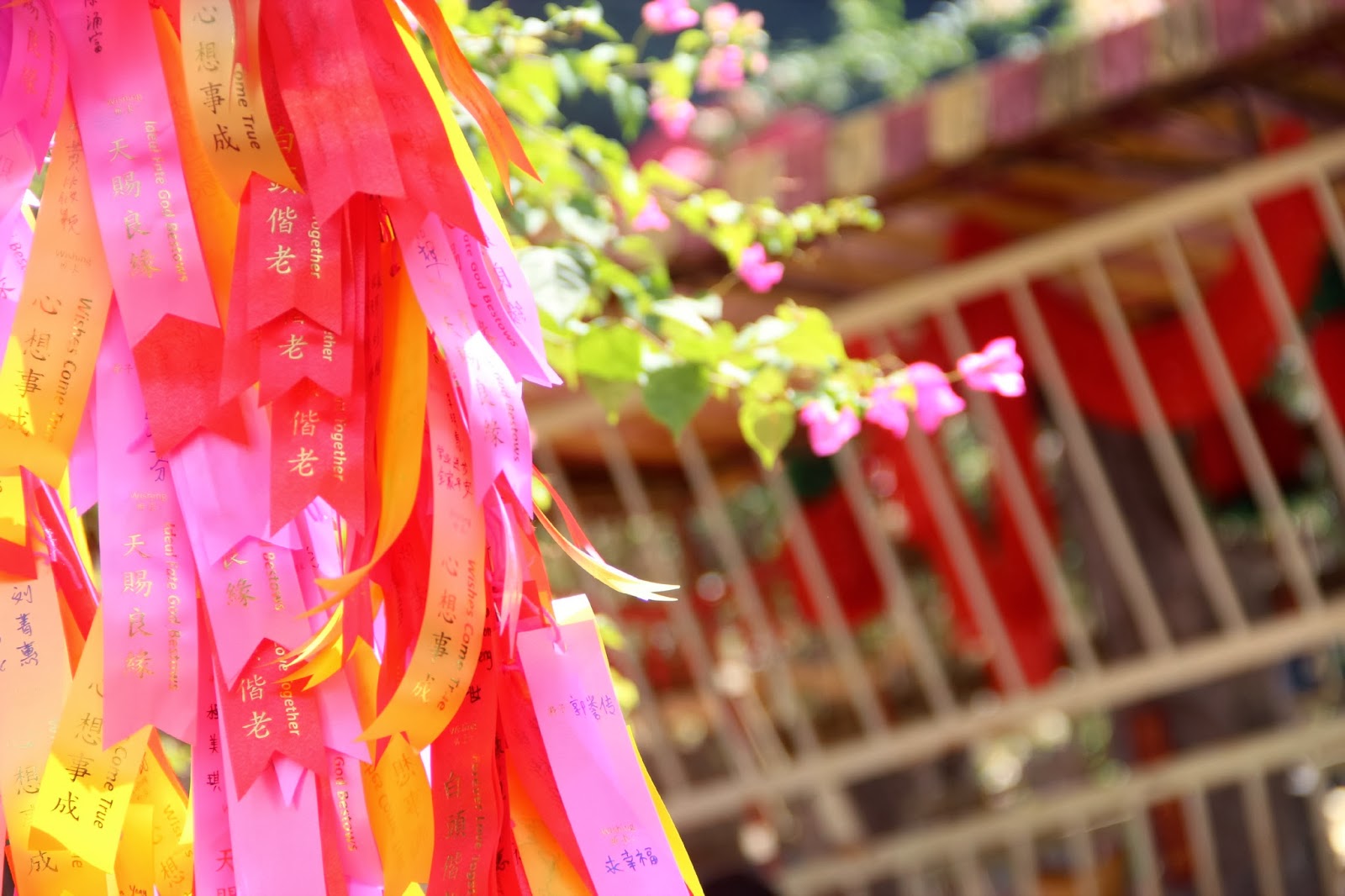 The place certainly looks more like the more conventional temples that we are acquainted with, with slight feelings that remind me of China, especially with the incense and the colour motifs. 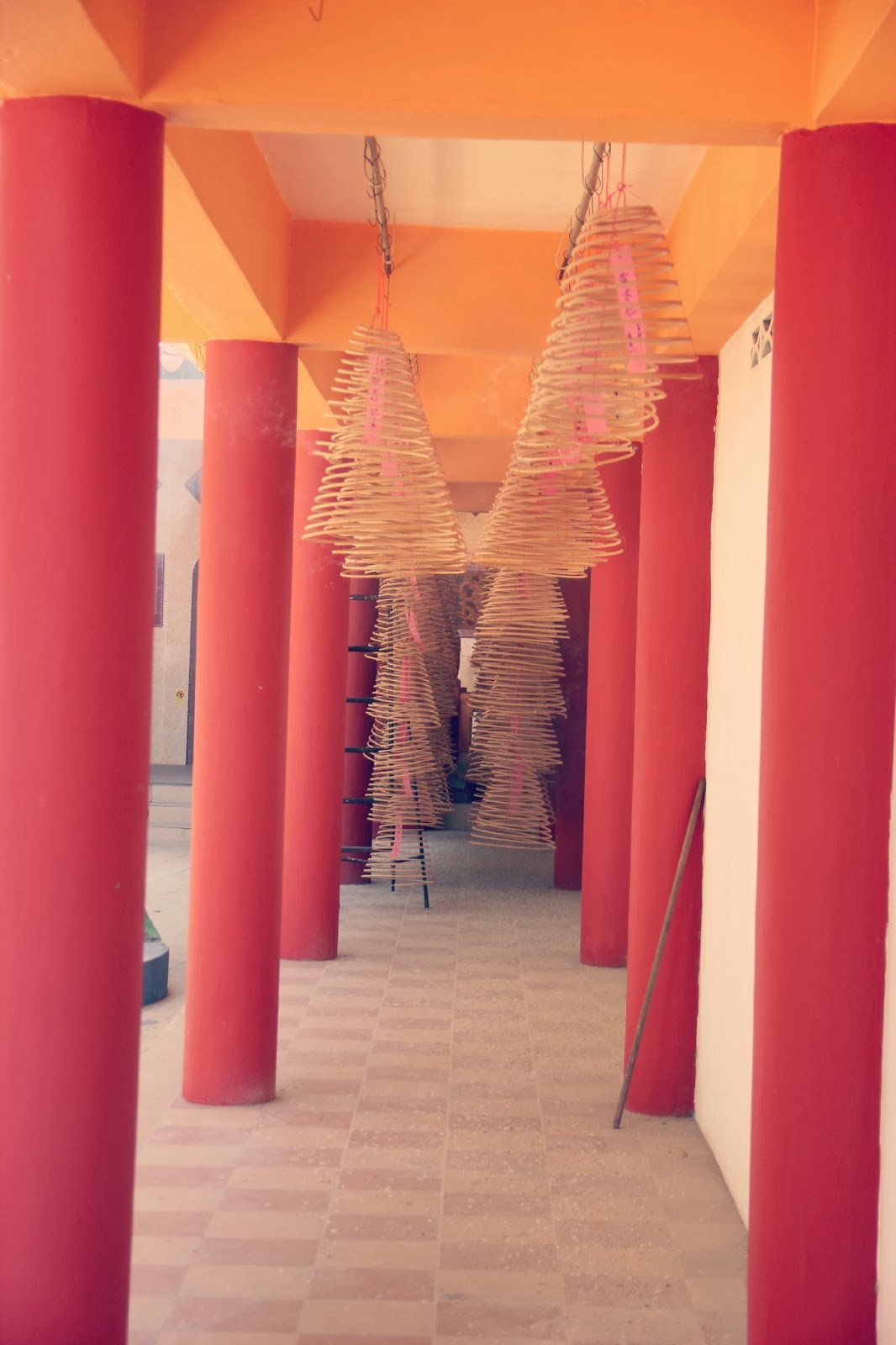 It's the temple that fits best into the temple stereotypes out of the five, with statues depicting well known deities around the temple, as well as numerous places where you can pray. It's a very busy temple where everyone is going around with incense in their hands, to different deities to pray. 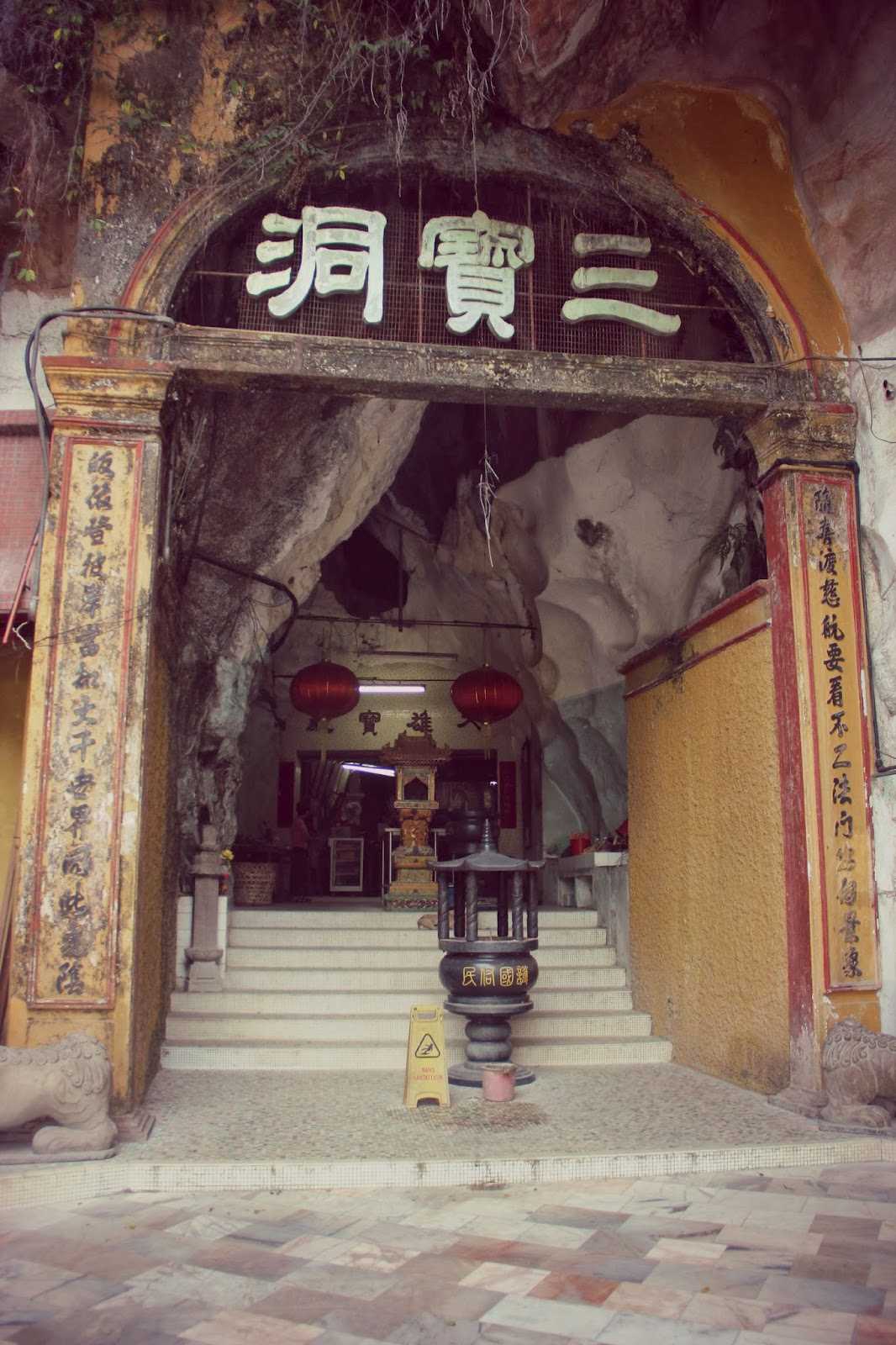 Founded in 1912, Sam Poh Tong is perhaps the oldest out of the five temples, back in the where Chinese wrote from left to right. There's a simple cave system where the deities are housed, with the walls of the caves painted white, and there's a small opening at the end of the temple, where you can find an enclosure of tortoises. There's an auntie selling kangkung at a mere 2 ringgit for the tortoises, but from what I see perhaps the holidays has not been so great at all. Or too great, given the amount of kangkung that you can find for the tortoises. 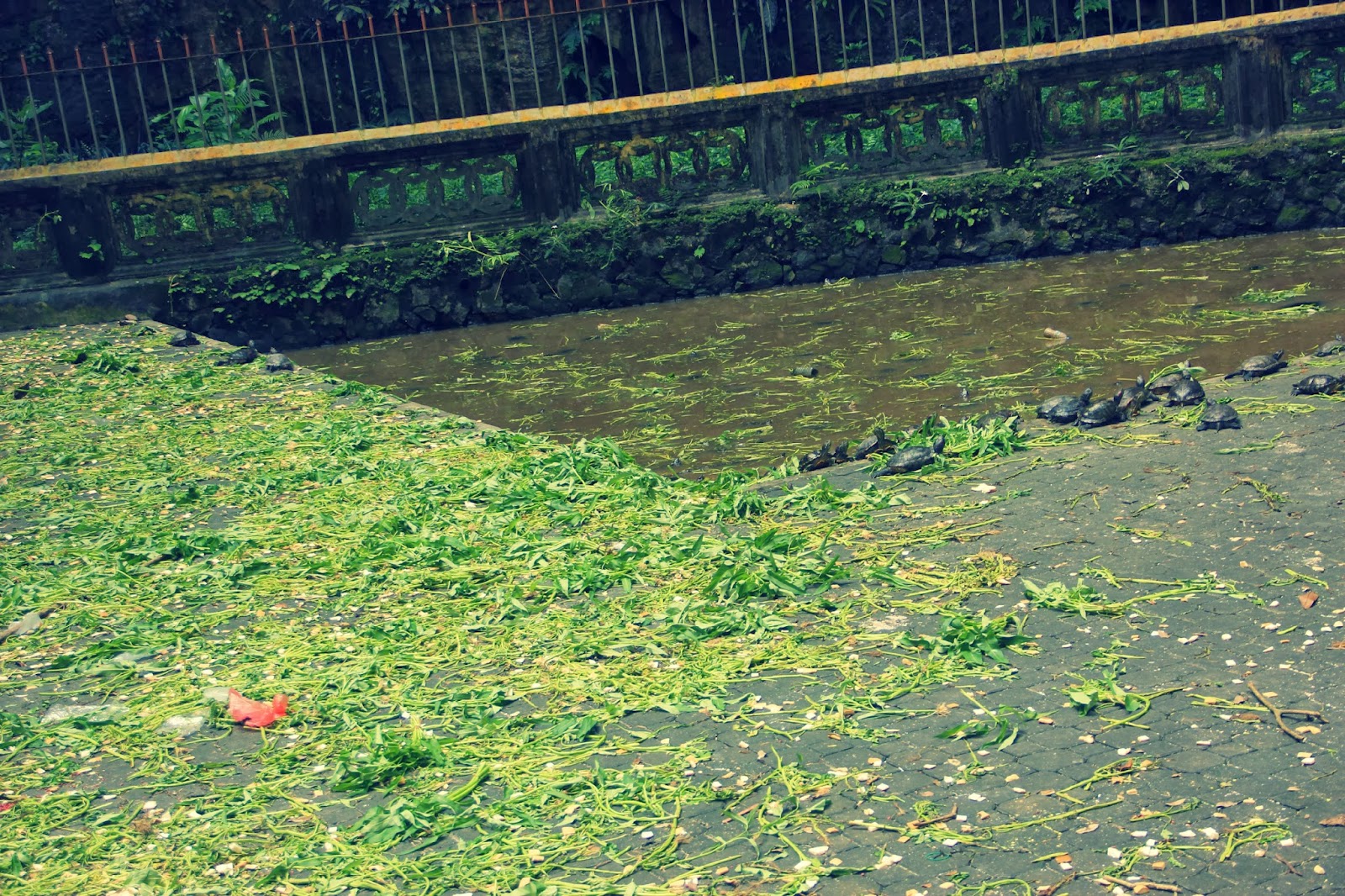 People doing the kangkung meme will have a field day with what the above picture. The whole floor of the enclosure was so filled with the kangkung thrown by visitors to the point that the tortoises couldn't eat anymore, which was kinda sad to see how everything will go to waste.

Other than the tortoise enclosure, there was also an abandoned building opposite that looked straight out of a Chinese drama series, though it has been long abandoned by the looks of it, which gives it a sort of eerie but mythical feel. 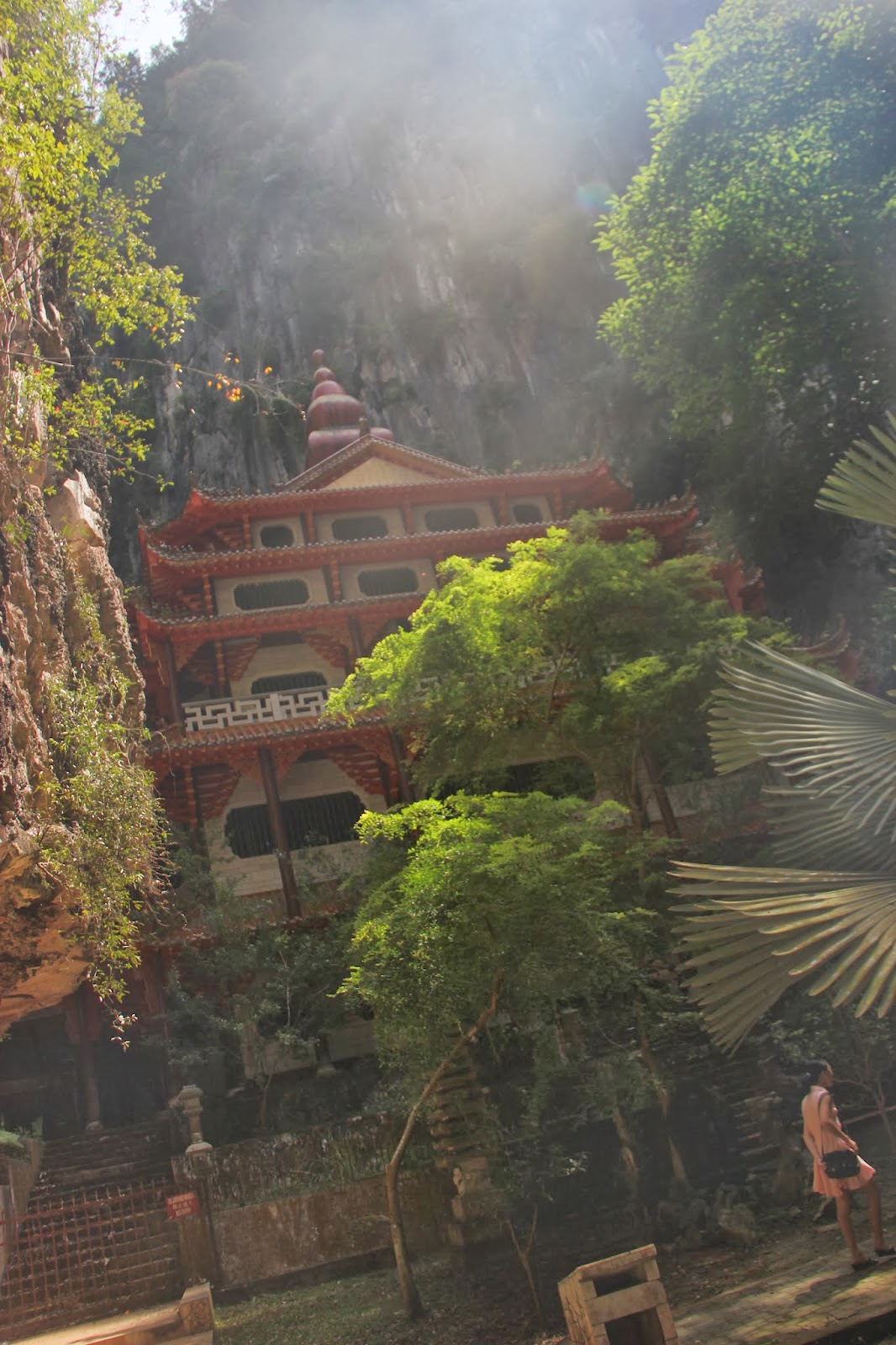 But aside from that, Sam Poh Tong does not have other things to show for, other than the vegetarian restaurant inside it, which is quite famous if I am not mistaken. 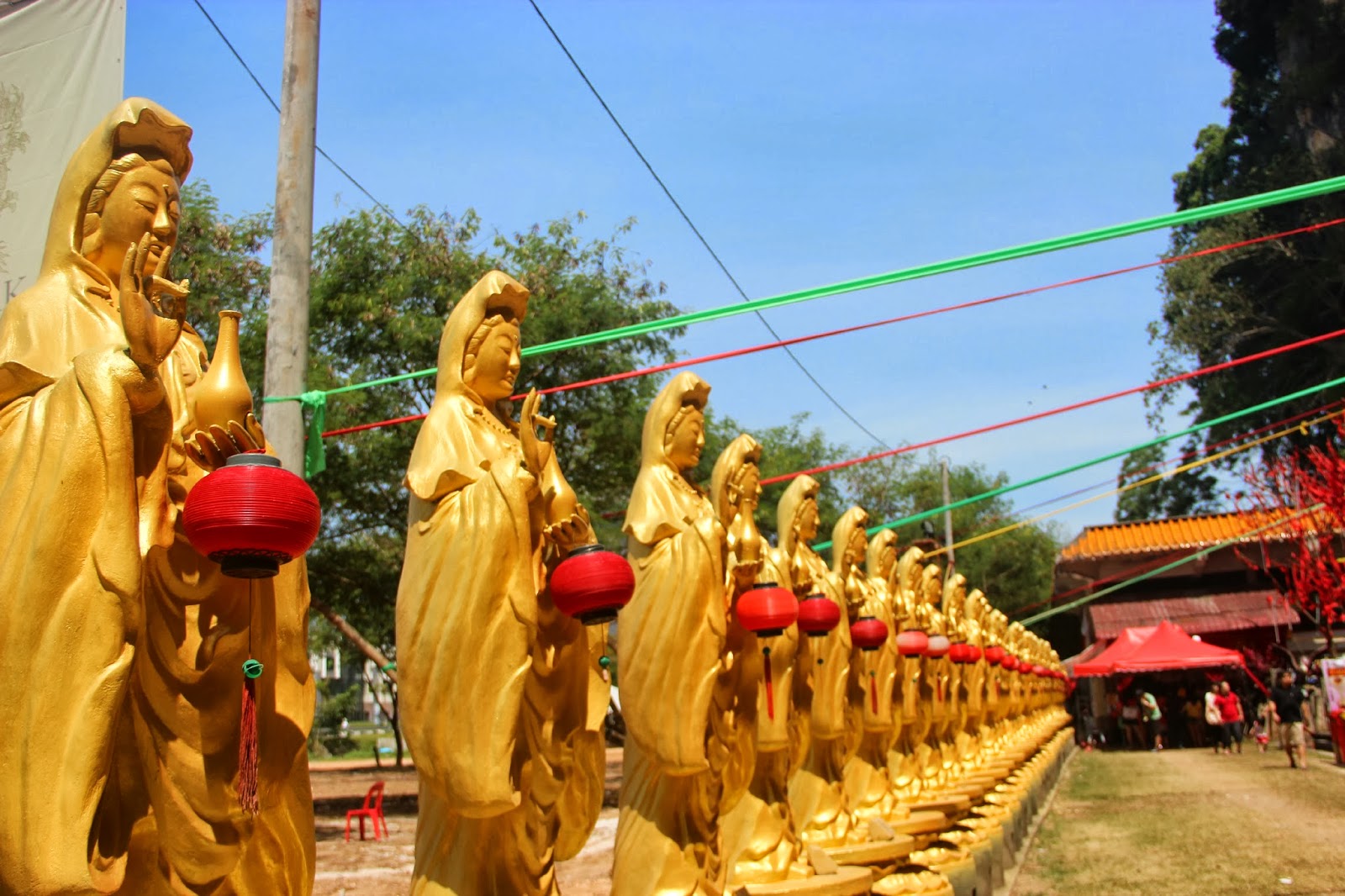 Getting its name from the numerous Guan Yin statues along the stretch of the temple compound, Guan Yin's temple is a collection of different places merged into one. From a scary portion dedicated to dead infants (yes, dead infants) to a Japanese wishing pool located inside a cave and several short climbs, there are quite a few places to visit with each offering their own unique things to see.

As for me, I particularly remembered the place because come 15th of the Lunar New Year, eager singles would descend unto this place to throw oranges into an artificial river in hopes of finding true love. Which is kinda lame and sweet at the same time, depending on how you look at it. 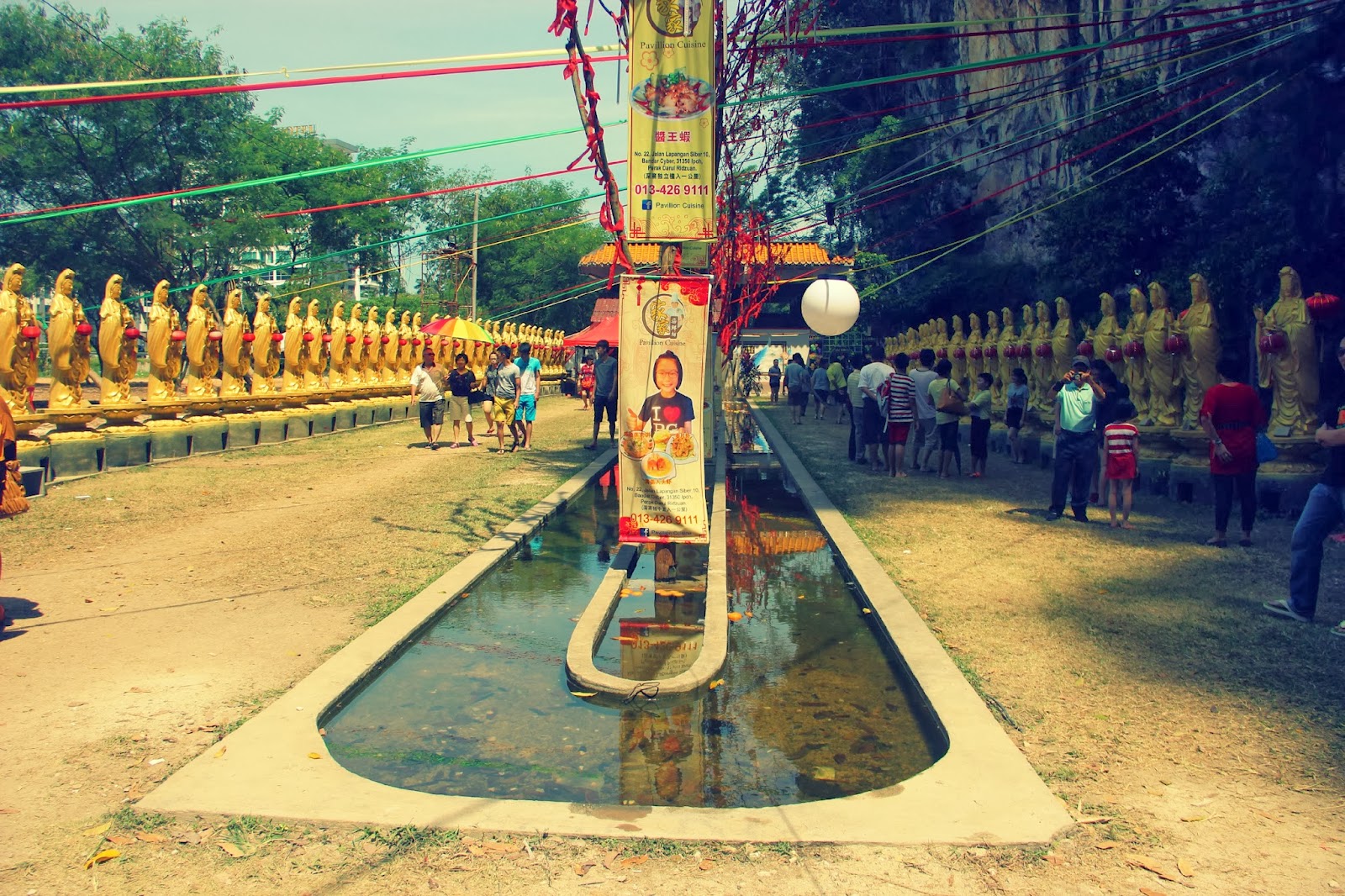 But of course out of the five temples, I think Guan Yin's temple has the best value for time, as there are numerous different things for you to see inside. I was there for the 3D painting exhibition that was going on at the same time, which I admit was quite interesting because of how I always see 3D painting online but did not have the chance to try it myself. 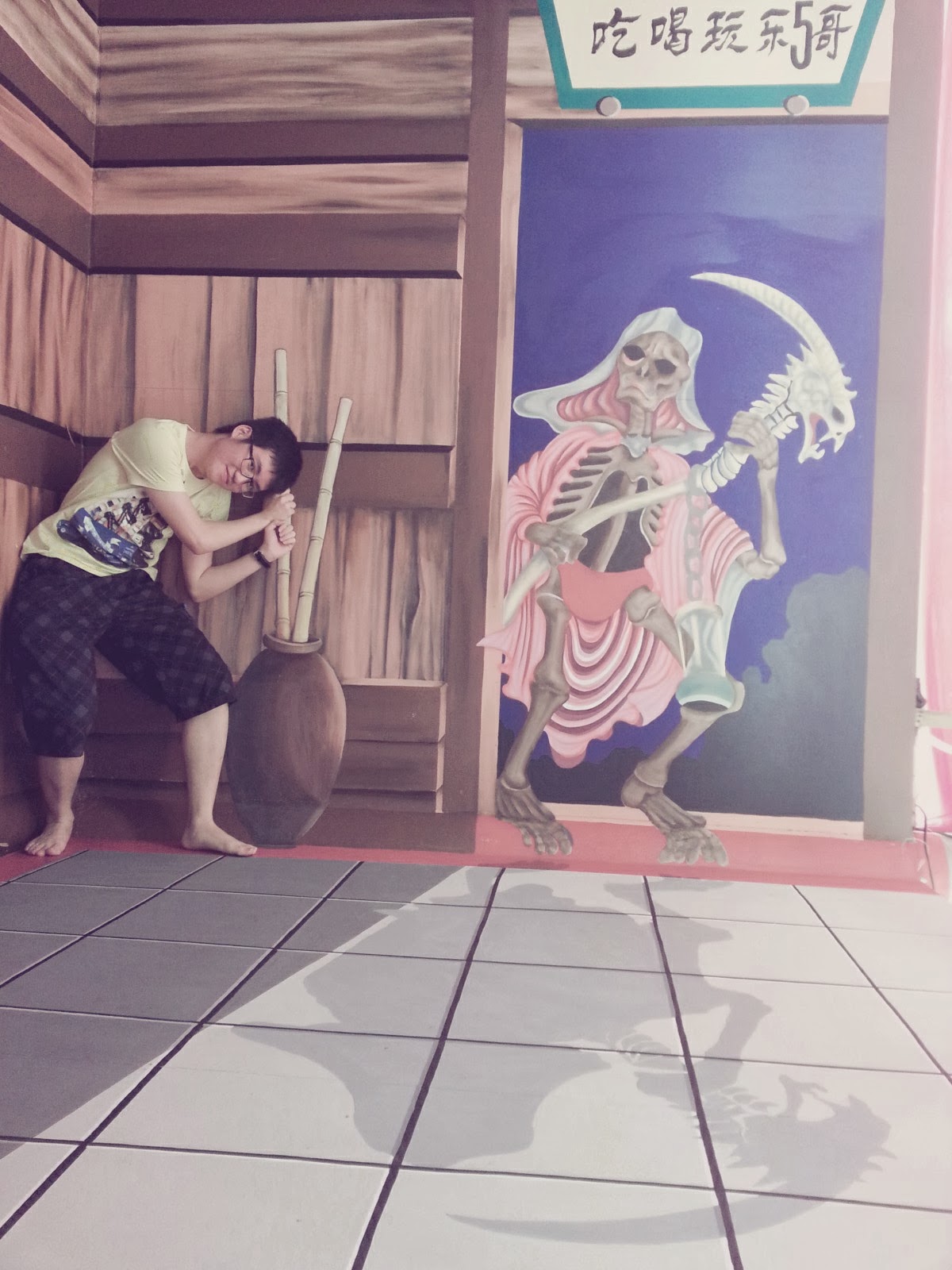 Of course, if you dare, you can visit the place dedicated for dead infants, the one in which I chickened out because I was too afraid to see what they have inside. 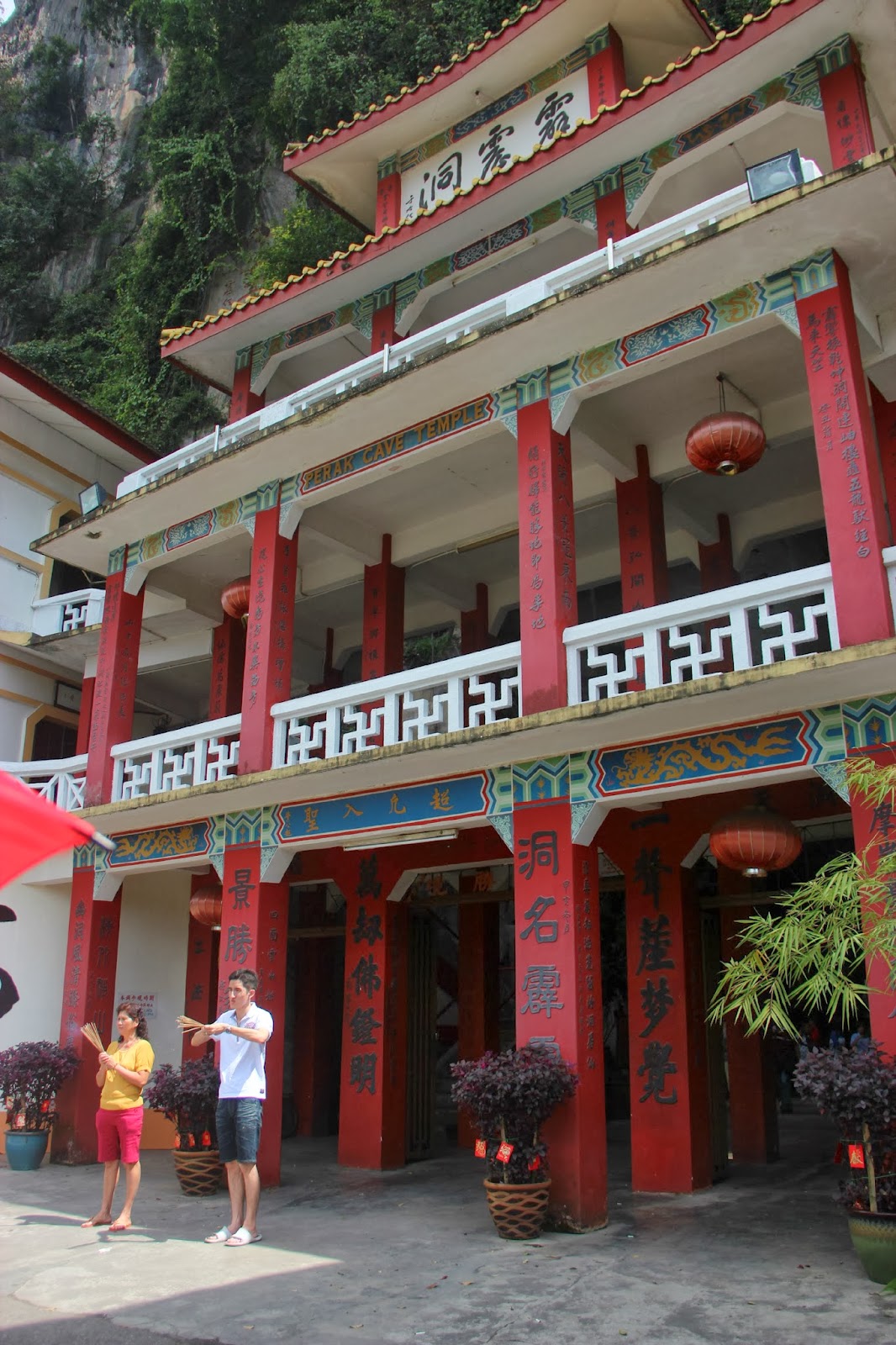 One would think that a temple with the state name would be the official temple with big things and stuff, but no. Perak Tong is similar to Sam Poh Tong in many ways in that it's older with not much rock formation to see, but there is one reason that you should definitely visit this place. It's because you can climb to the top of the hill for this. The path may be a bit scary though, with steep steps, but the view along the way is quite not bad. 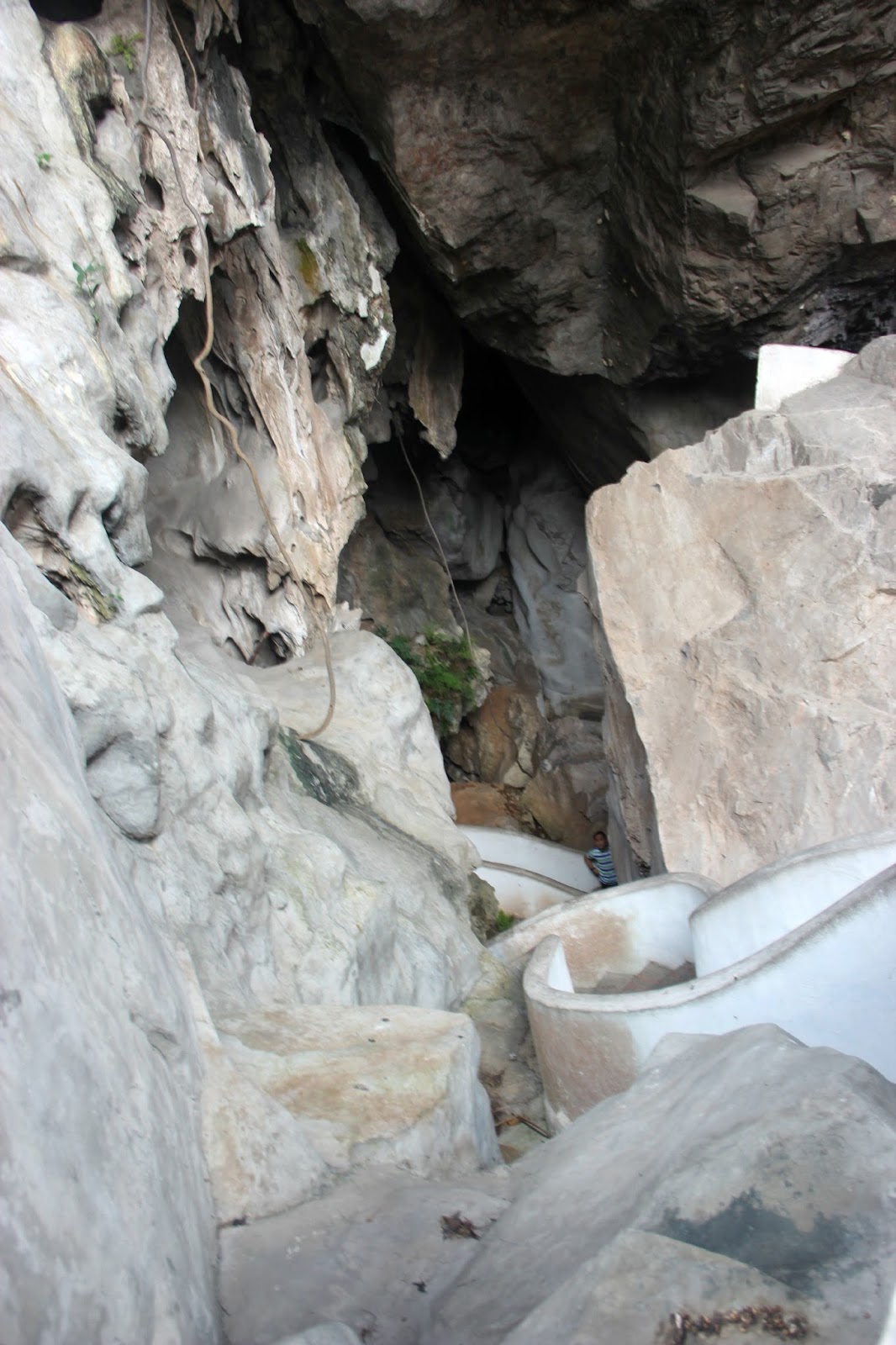 The view when you reach the top, however, is simply breathtaking. And awesome. Romantic too. 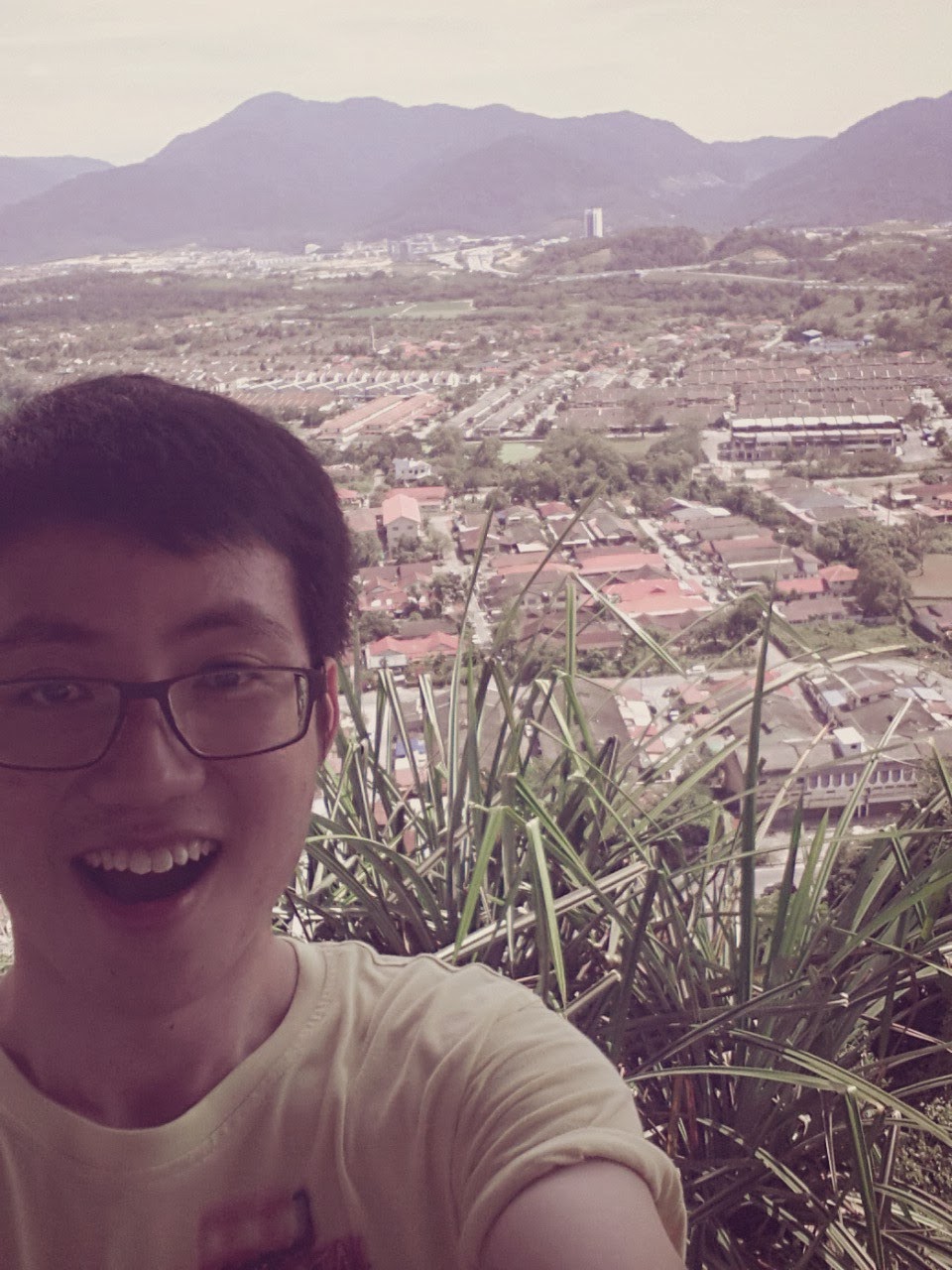 Of course, you need to be sort of fit to be able to scale it, though it's not very high up and it took us less than half an hour to reach the top. 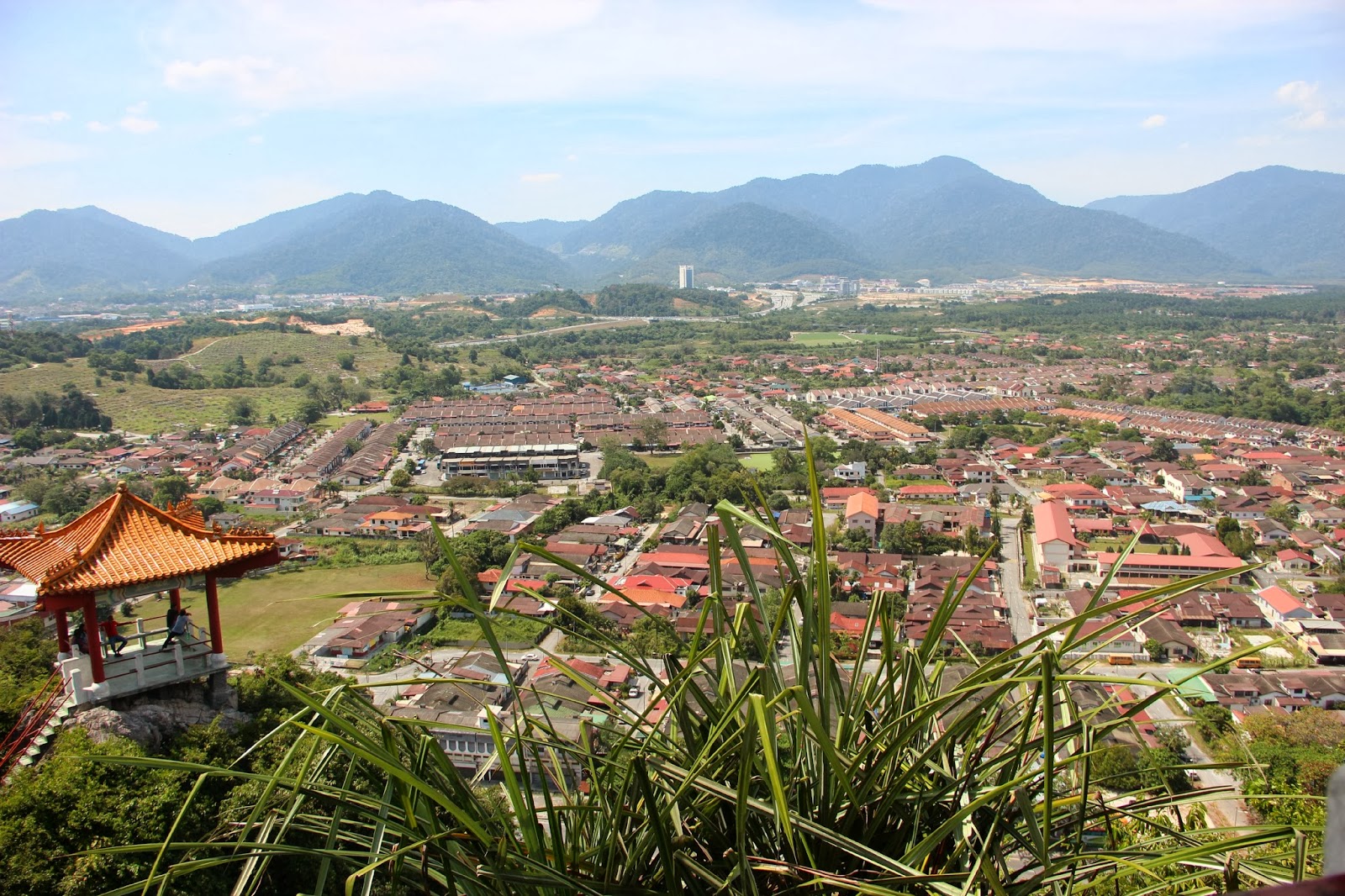 There's climbing fees that are charged if I am not mistaken, cause we got lucky and managed to escape when the fee collection auntie went to toilet. Perak Tong is the furthest temple from the other four though, about half an hour drive away using the expressway, while the four other temples are located within a stone's throw away from each other.

I thought it would be a good idea to end off my day by scaling the highest point closest to Ipoh city and because I made a promise to myself the last time I came back, and guess what, I failed again :( 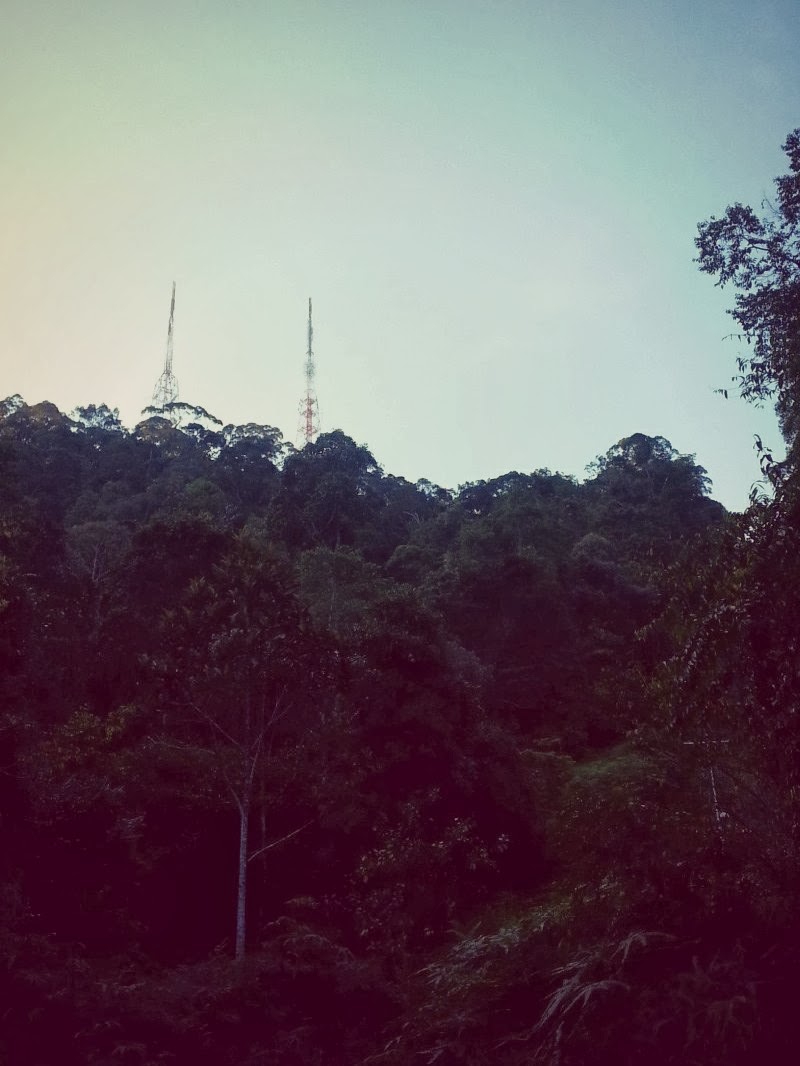 Started the hike at 4.20 pm, which turned out wasn't enough and in the end resulted in us turning back in to avoid coming down in the dark. And two runners, both of them in their 30s or 40s, seasoned climbers from their look, advised us to head down quick at around 6 pm as they say there's a risk Bangladeshi workers will rob us if we are alone during that time (what has Malaysian turned into?).

While it has been a great day, it's sad to say that I left another wish unfulfilled. Note to self to start the journey at 3pm next time, fully prepared with umbrella, sun tan lotion and cap.

On a ending note, it was eye opening to once again visit the different places that defines the city, especially the limestone hills that surrounds the city. The Chinese New Year mode certainly made the trip more enjoyable to the different temples, and I guess I could now tick another item off my bucket list.

Next aim: To visit all the historical buildings in Ipoh. If I can wake up tomorrow.