If You Never Go Home

It's been a while since I last wrote an emo post. And I have swore off emo post for as long as possible because like a wise man once said, there's no use putting your sad face on the web. After all the internet is a stage in which you present youself to the world, and on a stage, you need to put up the best you need to perform. Which means only posts to show off, not to whine.

But every now and then, you feel the need to rant, to get the negative energy pent up in you. You feel like talking to your friends, and realizing none of them would be interested (because you have been notoriously branded as the immature emo guy). You turn to your diary, but gave up because it would involve you writing an incredibly long essay that will break your arm off, and you want someone to listen, even if it's through the false front of your blog. And so you fire up your computer, typing away.

I am not typing this in hopes of getting sympathy or response, but I guess there's really no use explaining my motive, so a word of caution here. If you absolutely loathe my emo posts in the past, it would be advisable to click that big red X on your browser now and return to wherever happy place that you came from. Keep making that bird fly on your screen, or look through the latest gossips on the web, maybe watch some latest K-Pop videos, or shoot some aliens on your screen. No need to burden yourself with another man's writing. No need to ruin an otherwise fine day. You have been cautioned.

But if you're interested, do step right ahead. I don't know where this post will take you as I let my words flow, and I too hope that it will be a pleasant journey. 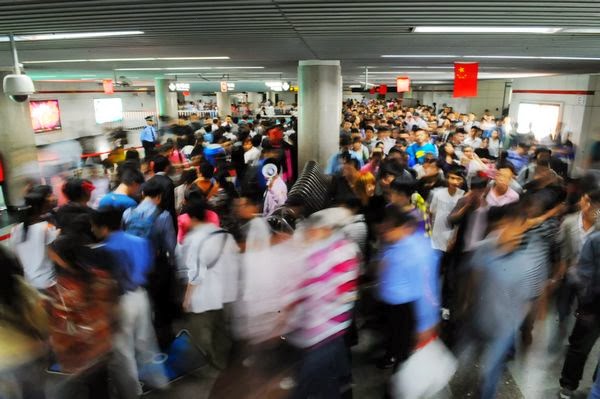 Speaking of journeys, this post was particularly conceived during such a journey. Specifically a journey to my home that is not a home, a sentence that is inspired by a book that I was reading during that journey, "You don't know me" by David Klass. Borrowing from his style, that home is not a home because homes are supposed to be a place to look forward to go back everyday, a place where you find comfort from the everyday stressors of life, a place where familiar faces greet you with love. But the place that I call home have none of those. The only face that greets me every night as I reach home is my bed and the only reason that I look forward to going to the home that is not a home because the bed feels more comfortable than the curb on the sidewalk.

I was standing in a sea of people that does not feel like a sea of people at all in my journey. In fact, they could all be trees or rocks with cellphones tied to them and it would not make a difference. They may look like humans, smell like humans, but don't be fooled. All of them were standing there, unmoving during their entire journey, and only when they reach their destination did the gravity outside of the train get stronger, finally yanking them out from the place in which they have comfortably rooted themselves in. And is that me I spot standing there together with the rest, swaying with them as the train jerks forward and backward, like how grass would sway when blown by wind?

And yes, that was me in fact, a book in hand, reading a story about a boy called John, who has an equally if not more miserable life, faced with an abusive step dad and no one to understand him, living in isolation with nothing to look forward to, except an imagination to accompany him. The me with the book suspects that the author called the boy John so that it would be easier for normal people to relate to John, to step into John's shoes, but the me with the book was not convinced. John after all, despite all his awkwardness and social ineptitude, still has someone to love him, a girl that took a liking to him even though she has absolutely no reason to, and that was something the me with a book cannot relate to. Because after all, having someone like you despite all your shortcomings does not happen in real life, but rather in movies and books with an happily ever after ending. They are an escapism to make you feel good, an illusion.

The me in the book took out the vibrating handphone from the pocket for a while, and began to think about about another question, borne out an ongoing conversation that is happening in the phone. What if today the me decides to step out of the train, goes to somewhere remote and kill myself there? Would anyone would have noticed? Or rather how long would it take for anyone to notice that I had not return home?

To avoid telling an overly long story, the me with the phone came to a sad but inevitable conclusion. That it may take a while before someone seriously starts asking questions about my whereabouts, should the me decided to take a step off the train into the unknown. I might be even be gone for a week, and no one will really notice until perhaps the need to pay my house rent arises or when work needs to be done. Me only will be missed when there's something that me should give, the me in the train decided.

The me then decided to ask the question whether it is really worth worrying about oneself, if it's really worth the effort to continue living when there's not a single soul who care about me's existence.

Unexpectedly, the voice of reason and comfort came from the most unlikely of source. In the form of a book, seen through the eyes of a certain John, penned by David Klass. To suicide is to surrender without terms, John reasoned, facing even the bleakest of situation, when he was whipped by his step-dad and forced to work in the cold. And to surrender without terms is the most cowardly option out. An army needs to fight until the last breathe in order to survive, and hope may not always seem visible.

And even in the darkest of moments, there are momentary bright moments that pierces through the loneliness and bleakness that the particular darkness may bring, as in John's case a saxophone player with brown eyes, a queer music teacher who gave him a chance with the tuba, or a mum that plays make believe with him during his hospital stay. Maybe the me with the phone needs to learn how to treasure these moments too, despite how transcendence or short they may be, for example the night where he stood beneath the exploding fireworks counting down new year, the thank you that he got from the his workplace from a grateful parent or the smiles that he used to get a long time ago, from a special person who looks forward to meeting him every night without fail. Those moments are damn worth waiting for, as David Klass, through the words of John said, and perhaps the me in the phone need to start appreciating them more as they come by, and not to mind too much about the gaps in between.